Regularly, I suffer from a particularly nasty spot that takes weeks to heal. I've tried tons of different spot treatments, including those containing salicylic acid or benzoyl peroxide, as well as more natural alternatives such as tea tree oil. Honestly, none of them made a huge difference and DEFINITELY they didn't make my blemishes vanish overnight. Let's face it: there is no product on the face of the earth that could do that. Cosmetics are mostly a mix of chemical substances, not a magic potion.

Anyway, I'm rambling... Recently I was affected by an especially dramatic outburst, and instead of tearing my hair in despair I decided to try dabbing some aspirin on it. The logic behind it is that aspirin (acetylsalicylic acid or ASA) and salicylic acid (or willow bark extract) are both beta-hydroxy acids (BHA) which can penetrate and clear out a clogged pore. They're both oil soluble, so they work best for treating acne, whereas AHAs such as glycolic acid are water soluble and work better for healing scars and diminishing dark spots or wrinkles. I used aspirin as an exfoliator before, but found the granules too harsh for my sensitive skin.

Here's what I did:
1. First, I put half a tablet into a lid and poured 2 drops of tonic (I used Garnier for sensitive skin, but you could also use water or a facial spray) on it and left it to dissolve. 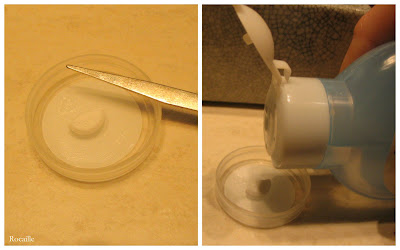 2. I smashed the now soft tablet and added some Burt's Bees Hand Salve; you could use any thick cream that doesn't break you out. The Burt's Bees salve is a universal cure for me, despite the name, it works best on my lips, and is a 100% natural product containing vitamin E, rosemary oil & leaf extract, eucalyptus oil and other great ingredients. 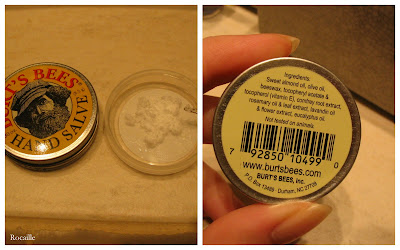 3. I mixed everything together using a clean knife. The amount I got will be enough for at least 10 uses. I put the lid back on the pot it belonged to so that the cream doesn't dry. 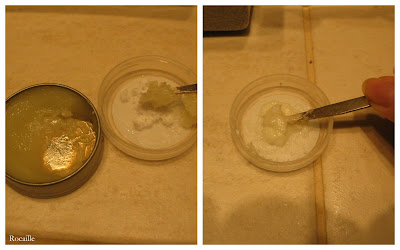 The pros of using this aspirin treatment instead of water-based cream is that it stays put on your face and, I think, doesn't dry the skin out as much. I've noticed that my DIY solution brings all the nastiness to the surface and helps clear out those poor clogged pores. It also brings the inflammation down and speeds up the healing process. The downside is that I look like a madwoman when I have it on... Oh well.

Labels: Look what I've made..., Skincare