This post is a testament to my shameful blogging practices - I actually received my Fyrinnae order in... March. That would be 4 months ago, you know? One thing is certain, I've had a lot of time to make up my mind about these. 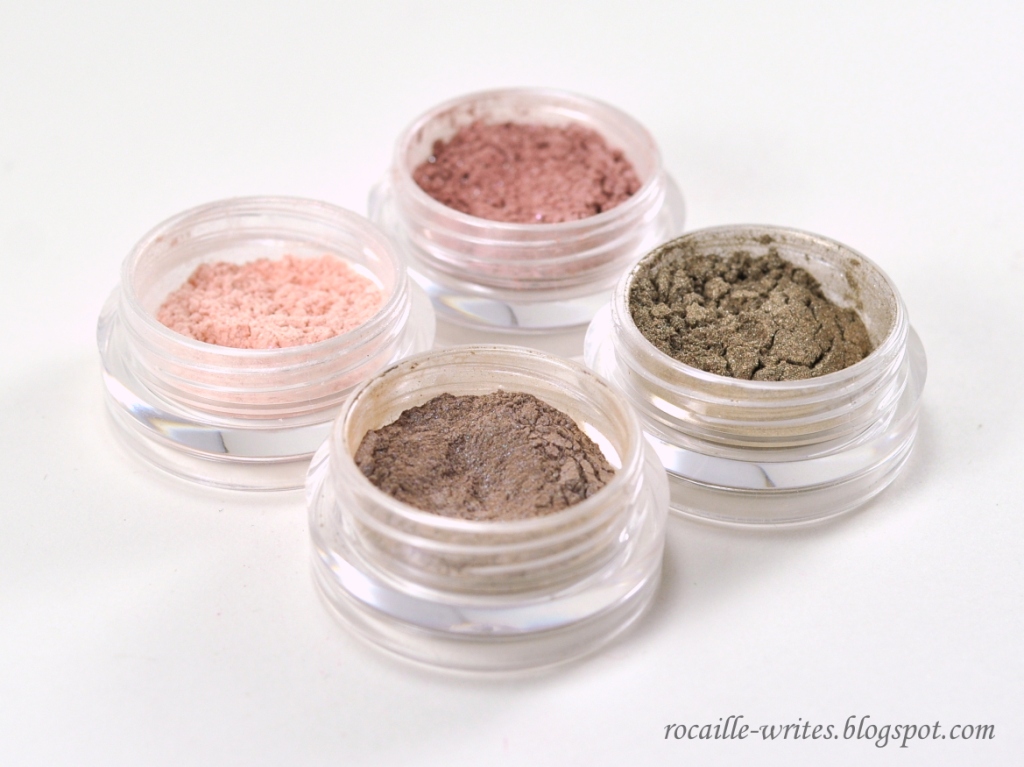 Fyrinnae is an independent Washington-based make-up company, most famous for their Pixie Epoxy (a loose eyeshadow glue type of primer), Lip Lustres (unique lip cream type of product) and loose eyeshadows - all three of which I decided to purchase, with a Lip Lustre review coming soon. Being rather lazy about using my pigments, I opted for 3 eyeshadows in the sample size ($2.00 for 1/4 tsp): Kurisumasu!, a metallic brownish rose, Sacred, an antique gold, and Damn Paladins, a duochrome blue brown. I also received a sample of Crimson Ghost, an opalescent pink, as my gift with purchase.

The mini eyeshadows come in clear screw-top jars with a label on the bottom, no sifter; simple and easy to use. According to Fyrinnae, the sample size amount of eyeshadow is enough for 20-40 applications, and let me tell you, it's plenty - I think I run the risk of forgetting about having these rather than running out. 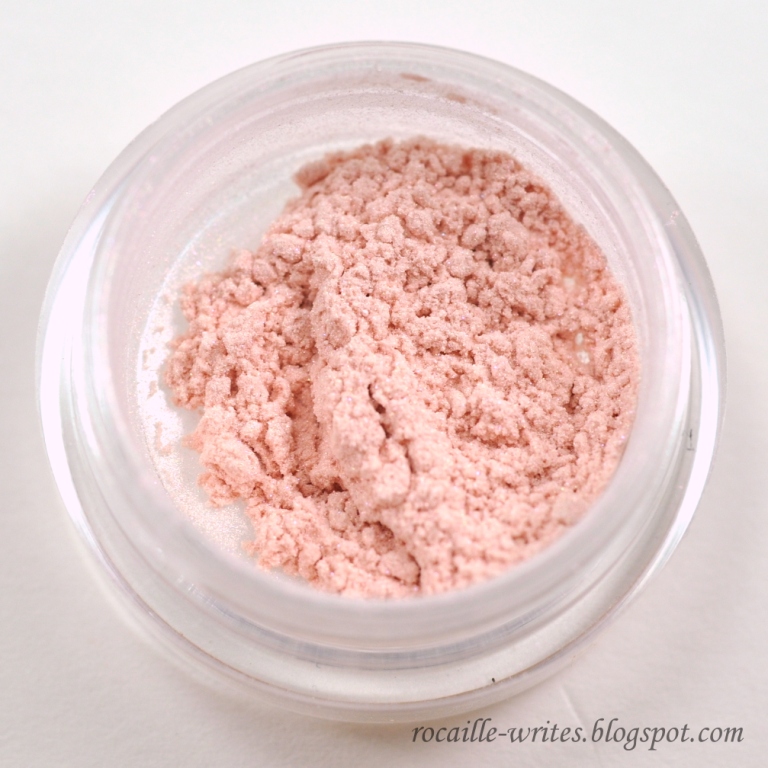 Let's start with Crimson Ghost, part of their 'Ghost' series of eyeshadows, described as a sheer iridescent colors which are more like pure shimmer for layering rather than a base color. In the jar, Crimson Ghost looks like a ballerina pink, but when swatched, it appears to be a sheer wash of opalescent lavender pink shimmer, a bit similar to Inglot 142 AMC Shine eyeshadow - very beautiful and delicate, no obnoxious glitter in sight. I find that layering 2 to 3 layers work best on my eyes. 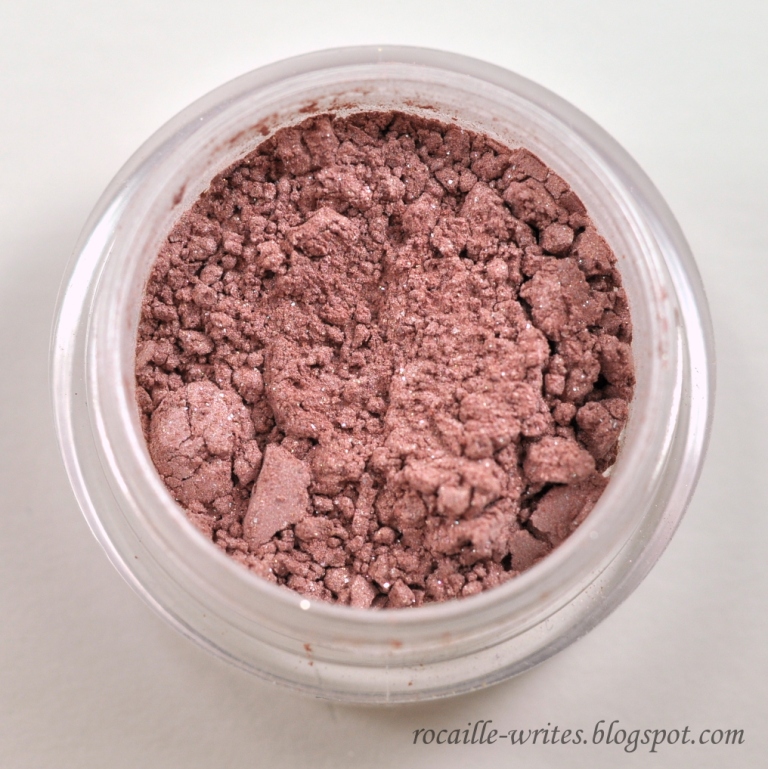 Kurisumasu!, a brownish rose with pearl/metallic finish (described as medium shimmer on the website) akin to Urban Decay Toasted or Too Faced Push-Up, appears to have some silver microglitters running throughout, but these are not at all visible when swatched. This kind of shade is one of my favorites for a one eyeshadow type of look; deep enough to provide definition in the crease, but not too dark for daytime. Kurisumasu! is beautifully soft and highly pigmented, just a joy to use really. 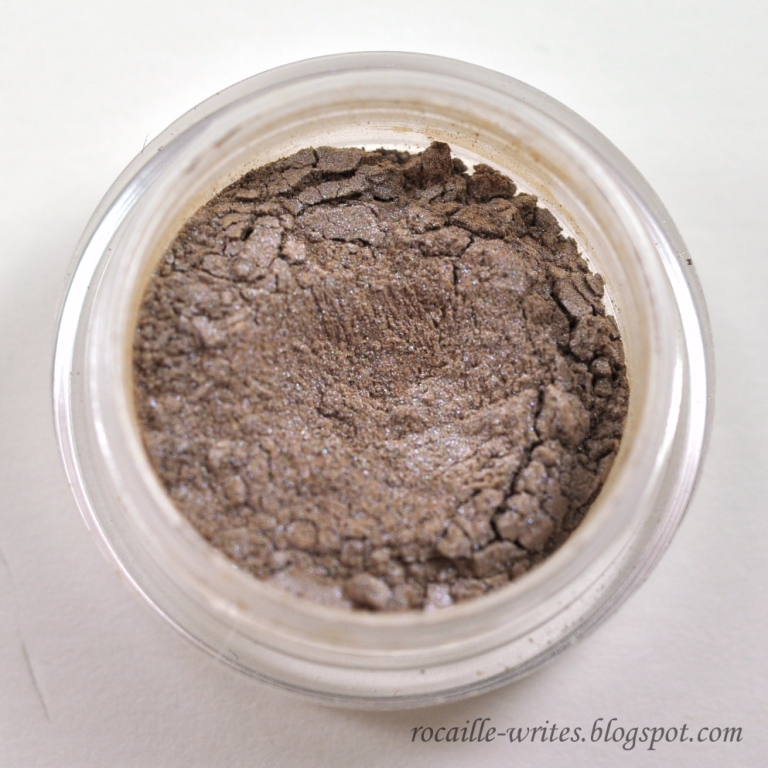 Damn Paladins, a blue/brown taupe duochrome (described as 'dualcolour'), could probably be compared to something like MAC Club eyeshadow. Applied dry, Damn Paladins seems more of a straightforward (but beautiful!) cool taupe, but when applied on top of Pixie Epoxy or foiled, it looks a lot more grey blue. This shade again requires a bit more layering to achieve opacity, but it's well worth it - such an amazing shade! 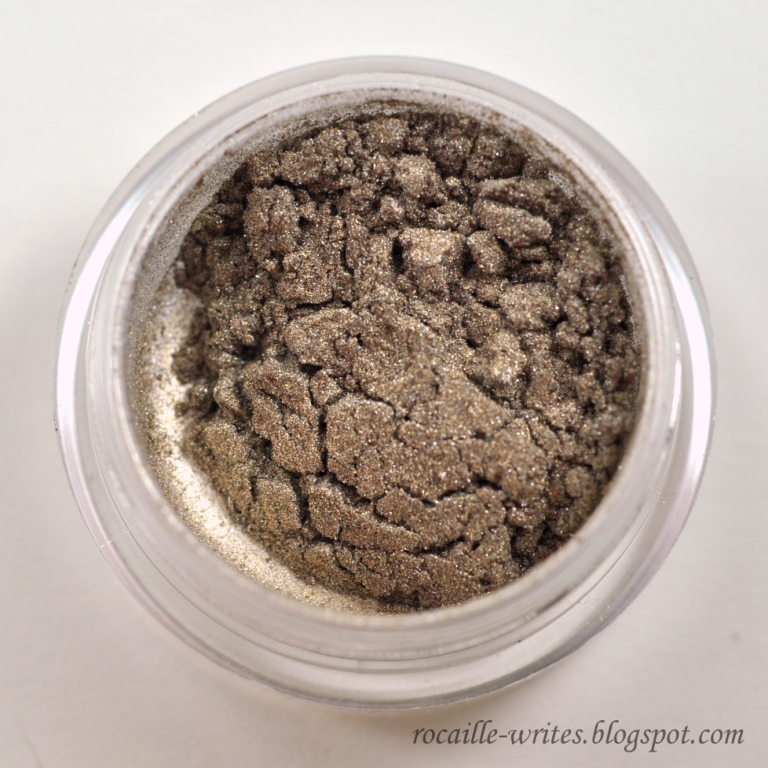 Lastly, Sacred (metallic sheen) is quite a chameleon shade as well; a shimmery bronze taupe in the jar, it applies more like an antique gold/ golden olive on the skin, a bit like the golden green shade from the Wet'n'Wild LE Dancing in the Clouds trio. Very smooth and pigmented, it's a beautiful shade for the summer season. 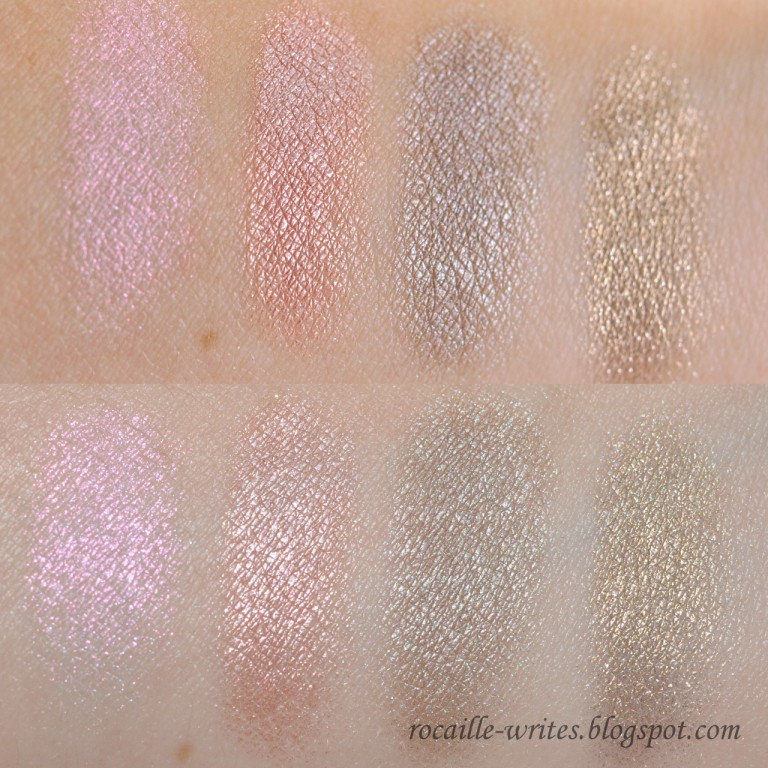 Judging from the shades I ordered, I am very much impressed by both the quality and originality of Fyrinnae's eyeshadows. At $2 a pop, I can see myself purchasing a few more of their mini eyeshadows - they're just too hard to resist! Fyrinnae Sacred eyeshadow on the lid, bareMinerals Fate in the crease, Maybelline First Class Fuchsia on the lips

Have you tried anything from Fyrinnae? What is your favorite independent make-up brand?
Posted by Monika @ RocailleWrites at 10:00 AM