Not Another Naked?! bareMinerals 7 Ways To Bare Eyecolor Set

I like neutral eyeshadows. Beiges, browns and taupes are what I wear 90% of the time. But even I started growing tired of the ubiqitous 'Naked' bandwagon; I'm aware it makes sense in the marketing way of things, however I'd much rather cosmetic companies came up with something new instead of regurgitating spin-offs for what - 3 years now? Come on, we need some excitement here! 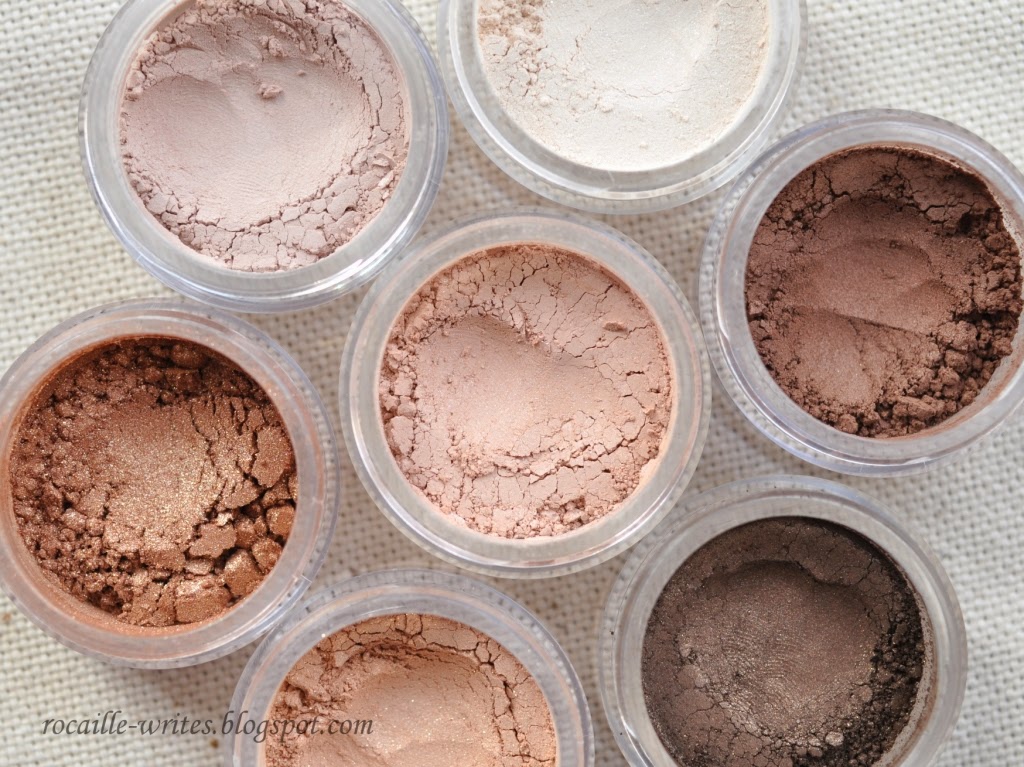 So as much I wasn't impressed with the theme of this mineral eyeshadow set, I was grateful to receive it as a birthday gift from a very thoughtful friend who knew my taste in eyeshadow shades. The bareMinerals 7 Ways To Bare Eyecolor Set ($38 for 7 x 0.28 g / 0.01 Oz. ea) is a seven piece loose mineral shadow set in a variety of universal neutral shades for a complete eye look. 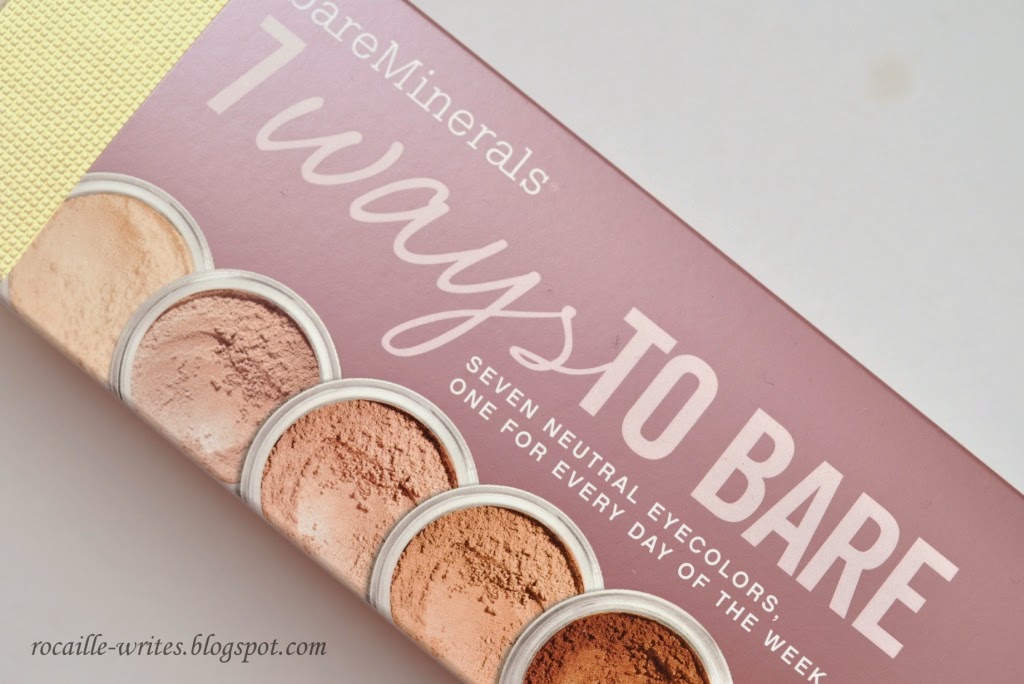 The set comes in a sturdy pearly yellow box with a pull-out drawer housing seven little pots of eyeshadow wedged in a plastic insert; I'm not sure what I'm going to reuse the box for quite yet, but it's too pretty to toss! The drawback of this beautiful packaging is that it's definitely too bulky to actually store my eyeshadows in; well, let's face it, mineral eyeshadows are certainly not the easiest to store conveniently anyway... 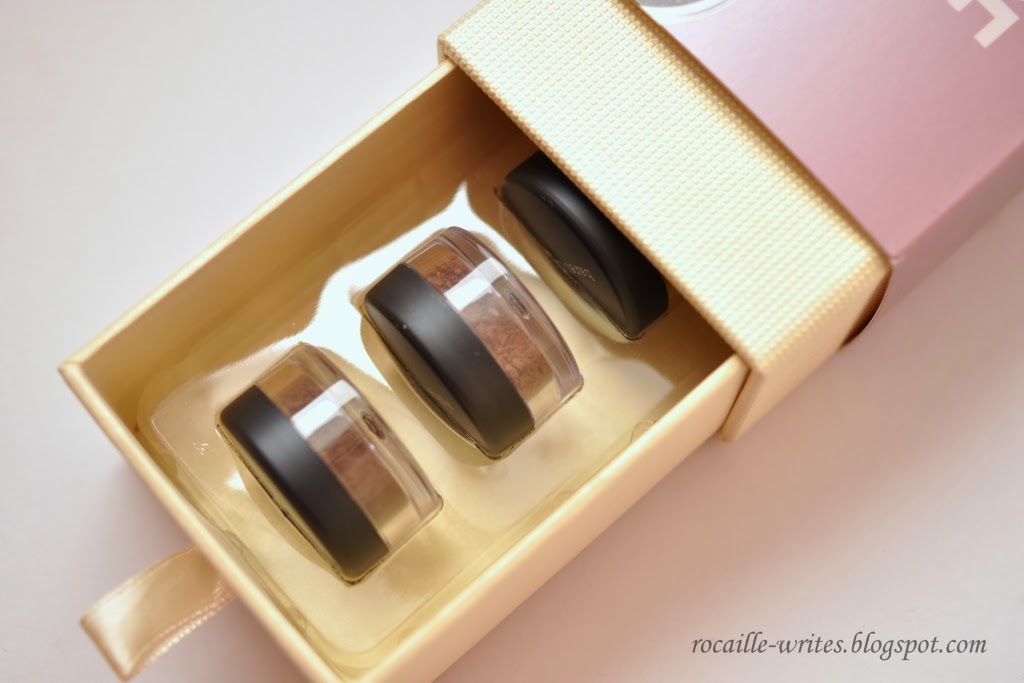 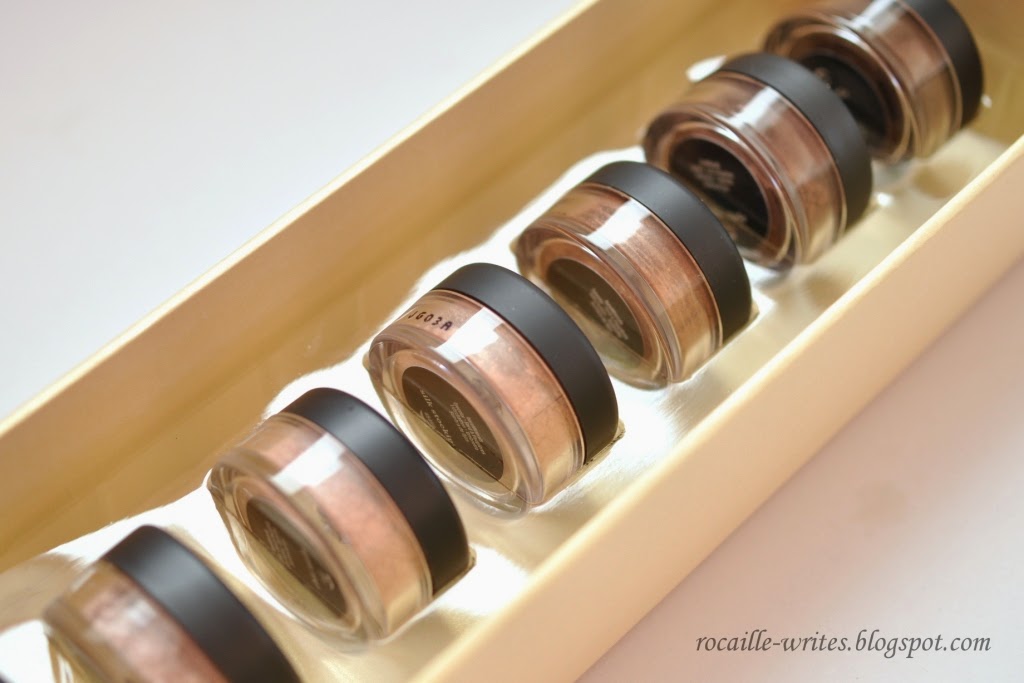 7 Ways To Bare comes with the following mini Eyecolor shades (these are smaller than full size): 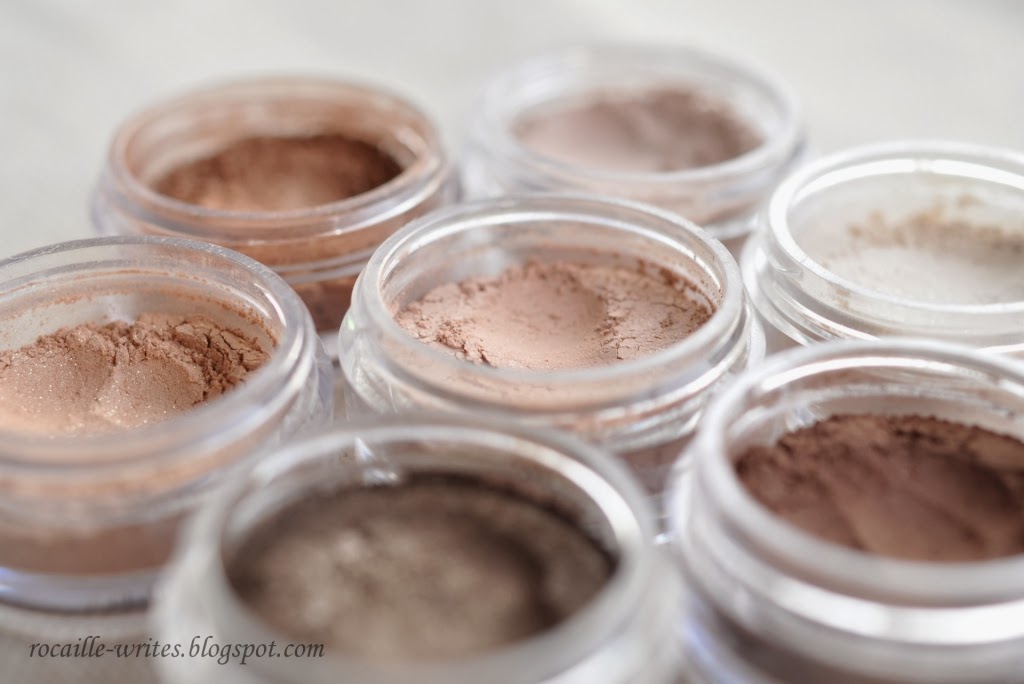 The eyeshadows have a smooth, creamy feel in the pot and swatch well on bare (unprimed) skin. I would say most of the eyeshadows included in the set are not the most pigmented shadows I've ever worked with, with the exception of the metallic copper Pamper shade; my guess based on this one and another bareMinerals eyecolor I've tried, a light shimmery taupe Nude Beach (reviewed and swatched here), is that the intensely shimmery/metallic shades from bareMinerals are probably the most pigmented, as is the case with many brands as well. Don't get me wrong though - these are definitely pigmented enough to show up on the eye without difficulty, and they blend without a fault.
I think the shade selection should suit both warm and cool skintones in the light to medium end of spectrum; I feel that the lightest 4 shades of the set may not work well as all over lid shades on deeper skintones, and there's probably little use in having a set with four highlighting eyeshadows. The set pulls slightly warm with the inclusion of shades like Silk Stockings and Pamper, but it also works on my cool skintone. In the look below, I used Silk Stockings all over the lid, Pearl Sateen in the inner corner to highlight, In The Nude lightly in the crease and Spiced Fig over a brown pencil eyeliner. The end result is a very subtle daytime definition but with a flattering sheen on the lid, and the added interest of some sparse sparkle in the brown eyeliner. I've used Bourjois Healthy Mix as my foundation, NYC Blushable Creme Stick in Plaza Pink on my cheeks, and Revlon Superlustrous lipgloss in Coral Reef on the lips. 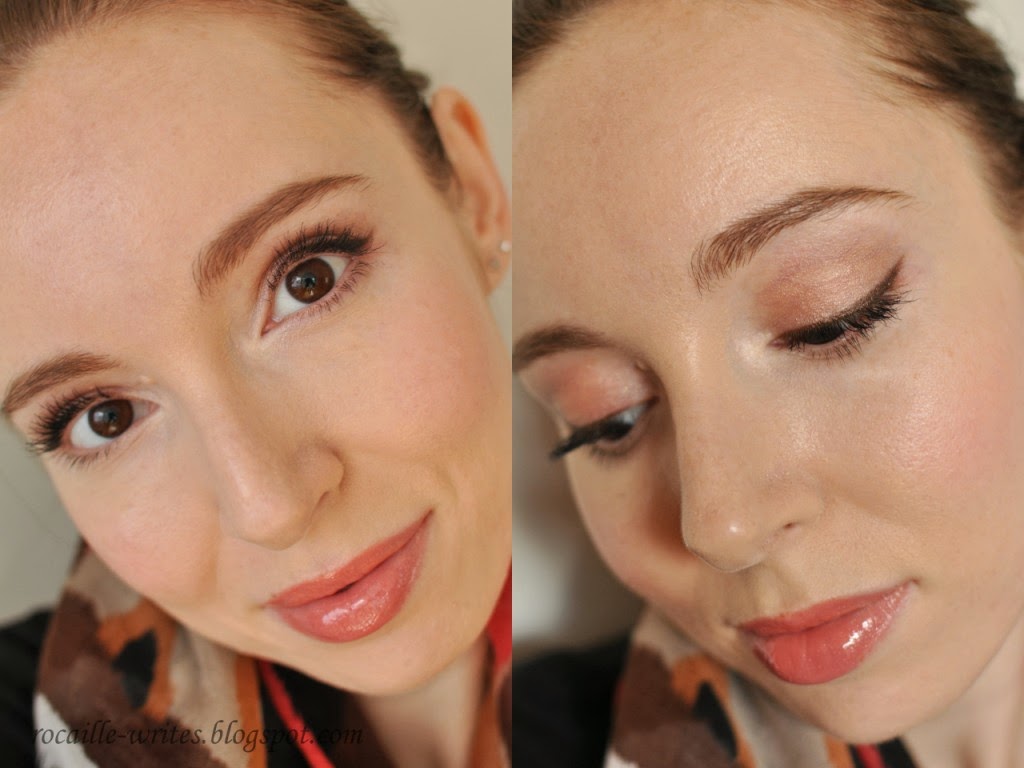 Overall, I quite like this bareMinerals 7 Ways to Bare set; I'm especially glad to see three lighter lid shades (Nude Beach Matte, Chic Nude, Silk Stockings) that seem a bit more interesting than my standard shimmery beige, taupe or champagne. I'm not too keen on the hassle of applying loose mineral eyeshadows on an everyday basis, but they're fun to play with; I'll probably incorporate one or two shades from the set into my regular pressed eyeshadow arsenal and swap them out from time to time.

Are you still looking for your perfect neutral eyeshadow palette or are you over the Naked trend? Do you use loose eyeshadows in your everyday routine?
Posted by Monika @ RocailleWrites at 10:59 AM