...also known by the (more frank) name of nail polish spam. And yes, I'm vaguely aware that spring is a season, not a month (although it's harder to believe here in New York); but these were spread out so far apart that I suspect they actually cover the span of three months rather than just one. But I'll roll with it regardless. 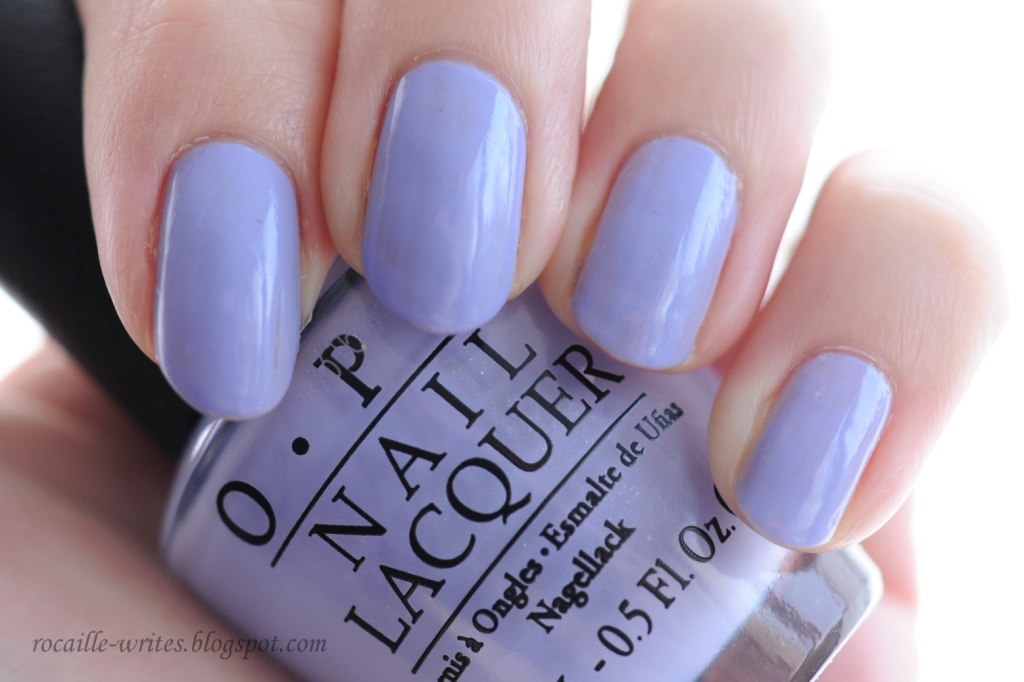 We'll go in the anti-chronological order for this one - because I'm excited to show you that I recently attempted to shape my nails. I've always known that a straight-up square shape is not for me, as my nails grow more oval naturally and that's the shape of my nail beds, but I was weirdly squovalling them (is that a word?) most of the time. But no more! I've grown them a bit longer and filed down the sides for a more oval/almond shape, and I've taken to affectionately calling them my 'claws'. I'm in equal parts terrified of and fascinated by the Morticia Addams look they give me. What do you think - yay or nay? Oh yes, and this is two coats of OPI You're Such a Budapest from last year's Euro Centrale collection. 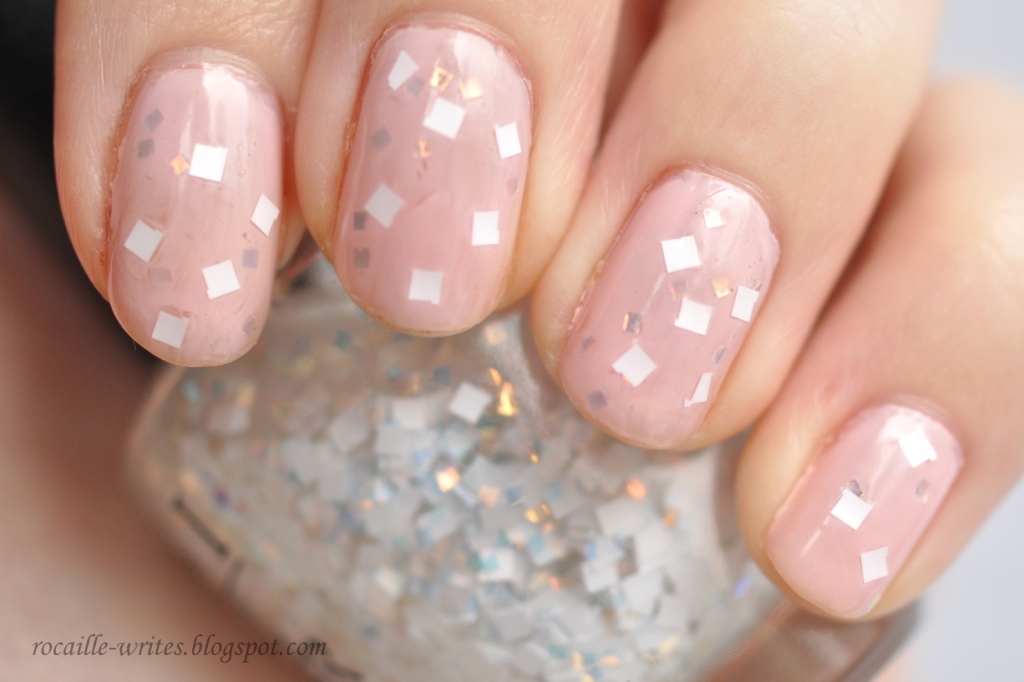 See, here's what I meant by the undecided squovals. Meh - both shape and the actual manicure. Shown here are two coats of OPI I Theodora You from the Wizard of Oz collection, topped with one extremely thick coat of OPI Lights of Emerald City glitter. The extreme thickness of the sparse glitter resulted in bubbling, dragging and very slow drying time - I completely destroyed two of my right hand nails within an hour of polishing. Fail. 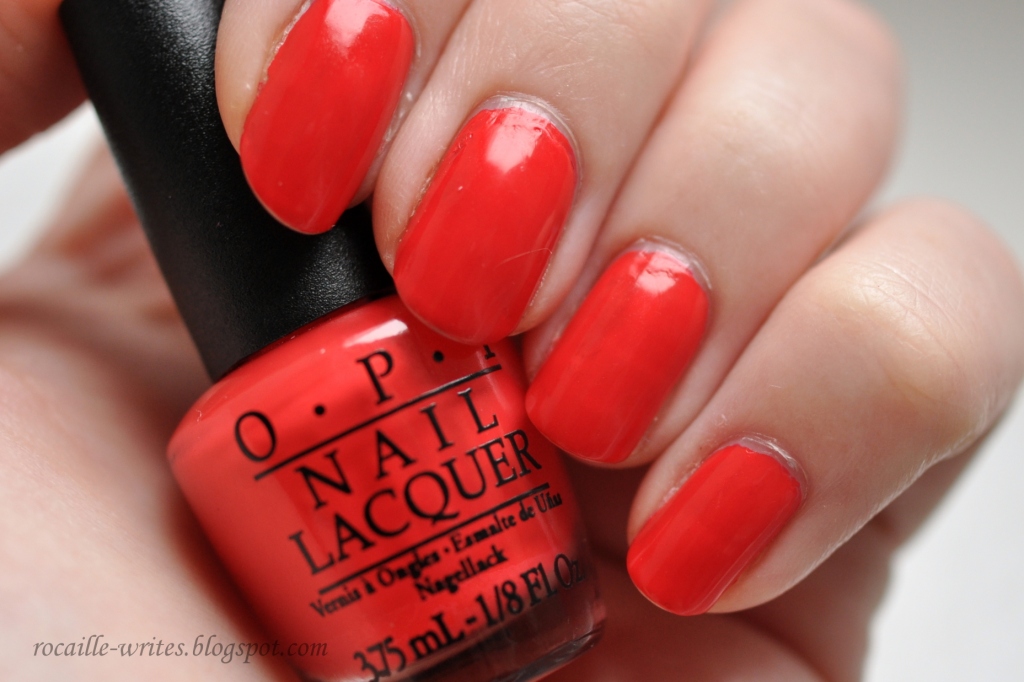 For this one, excuse my poor execution and shrinking top coat, but OPI Red Lights Ahead... Where? (from my set of Holland Collection minis) is actually a beautiful shade of orange/coral red with cream finish. I used to be very much against warm reds, but I think I'm slowly... warming up to them? (ok, I'll stop now). I've been playing with an idea of getting an orange red lipstick - any suggestions, preferably drugstore, just in case I don't like it? 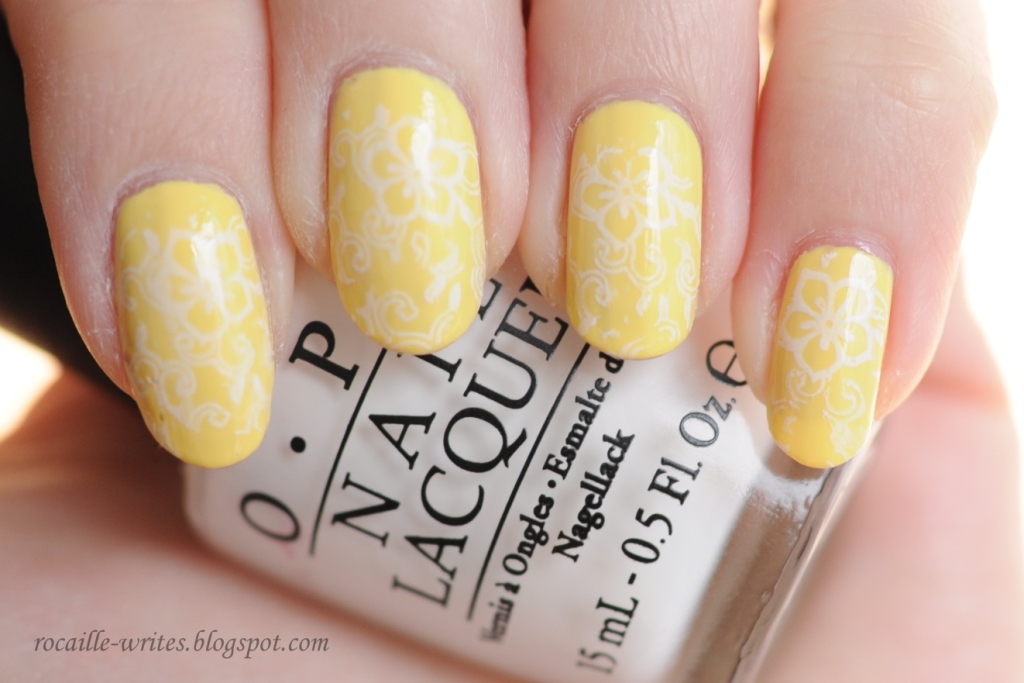 My first nail stamping attempt! The base is three coats of China Glaze Lemon Fizz (previously swatched here), stamped with OPI Alpine Snow and the floral pattern from the Born Pretty Store QA82 Plate*. The awesome folks at Born Pretty kindly provided me with some beginner nail stamping supplies - I received the plate, my first stamper & scraper set*, as well as a 10% off coupon for you guys (WTG10) - but I think I'll talk about my stamping experience in a separate post.

As you can see, my manicure is far from perfect (I've had the most issues getting an entire image to transfer onto my curved nails), but it was so much fun experimenting! And I think it was a smart choice to go for low contrasting colors, which makes the flaws slightly less apparent; and the color combination reminds me of a cute floral summer dress, perfect for offsetting the grey New York weather we've been having this week. What have you been sporting on your nails lately? 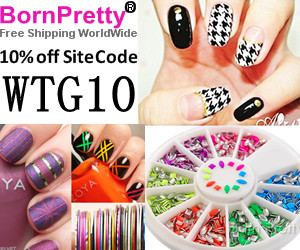 Disclaimer: The products marked with an asterix (*) were press samples I received from Born Pretty for review consideration. All links are non-affiliate. All opinions are 100% honest and unbiased, no matter if the products featured were purchased with my own monies or provided as free press samples. Thank you for reading!
Posted by Monika @ RocailleWrites at 7:14 AM