Thank you to everyone who's been complimenting my lashes for the past couple of weeks - you guys make me blush :) More to the point, many of you have also asked which mascara I've been using recently, and here it is: the Tarte Lights, Camera, Flashes Statement Mascara in Black ($23 for 0.31 oz). I'm not one to splurge on a high-end mascara, but this was included in a press sample Glossybox a LONG while back, so once I was done with using up my mascara minis, I dug this out.
(As a side note, do you know how long it took me to finish most of my deluxe mascara sample stash? Somewhere in the proximity of two years. I don't know if the mini mascaras had got in on the action and sprouted babies when I wasn't looking, but man. That's crazy). I'm personally not in love with the obnoxious gold snakeskin tube, which I guess would work if you were groping for your mascara in the dark, and I find that Tarte is perhaps taking their Lights, Camera puns a bit too far, but whatever. It's what on the inside that counts, right? 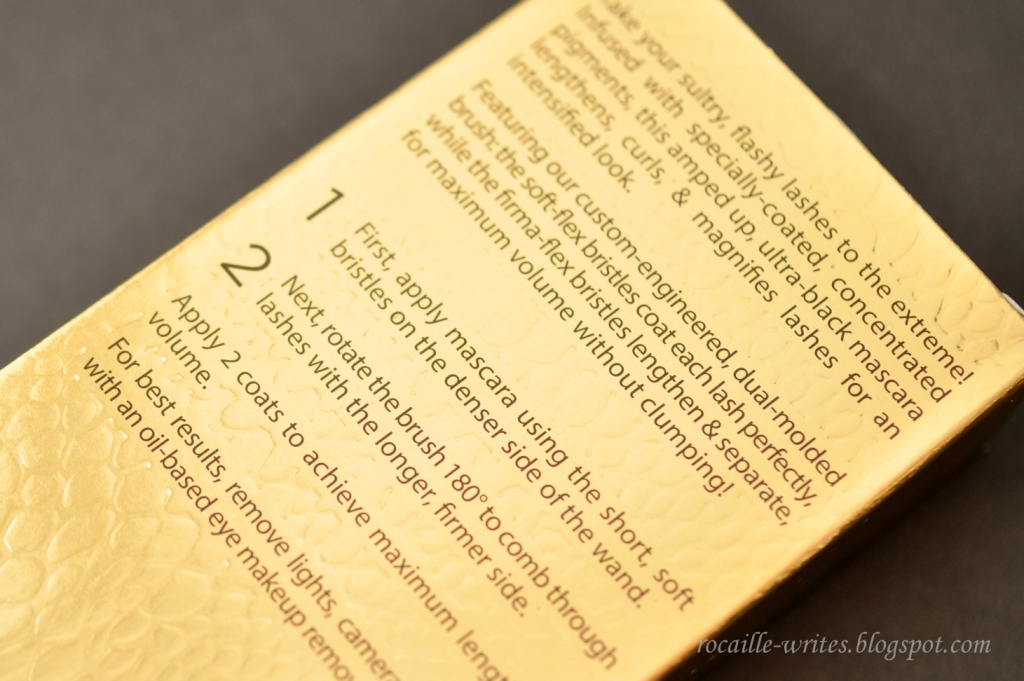 This 'statement' version of Lights, Camera, Ashes to Ashes was made popular last year by some YouTube beauty gurus. Ironically, that made me less excited about this mascara - I will admit that my thoughts meandered into the 'I wonder how much Tarte has paid for that particular endorsement?' territory. I find that Tarte tends to hype up their new releases on social media a bit too much for my personal taste; they haven't reached Benefit's levels of 'Oh My F*cking God, this liner changed my life!', but they're getting close. That turns me off, my friends. 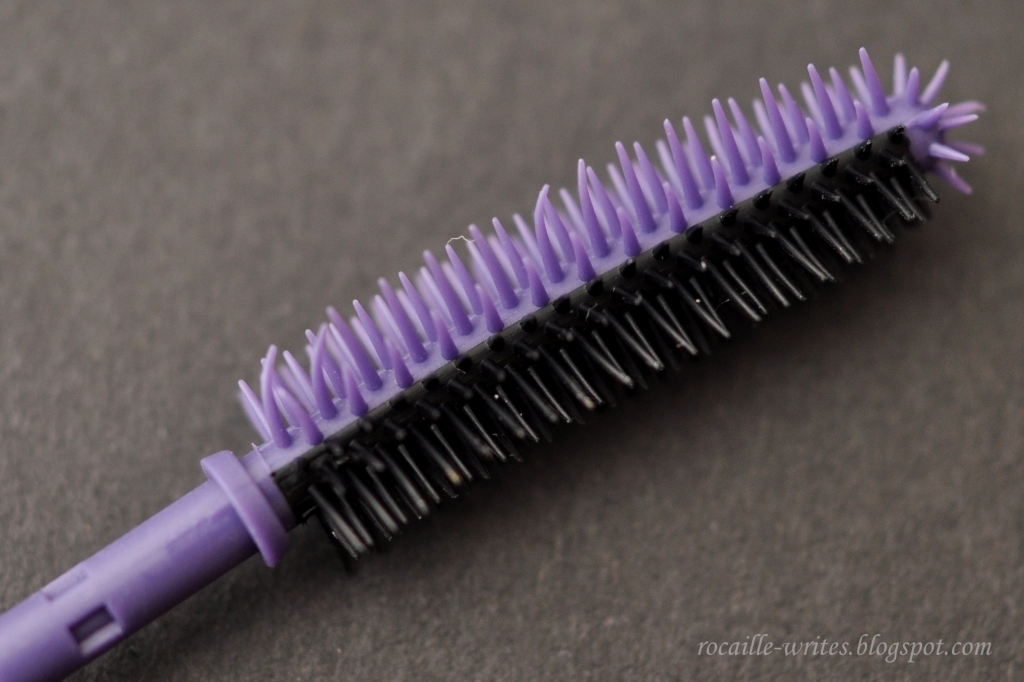 Anyway, the mascara. The rubber brush has two lenghts of bristles (shorter for depositing the product, longer for combing out clumps), but contrarily to what Tarte claims on the packaging, they're not set at 180 degree angle from each other - from what I can see, the long and short rows are interwoven, so rotating the wand, unless by maybe 20 degrees, doesn't change the performance at all. The Tarte's rubber bristles are quite soft, so if you're looking at the spikes on the tip and thinking it as pokey as Benefit's They're Real, rest assured, applying this mascara doesn't actually hurt the eyeballz. 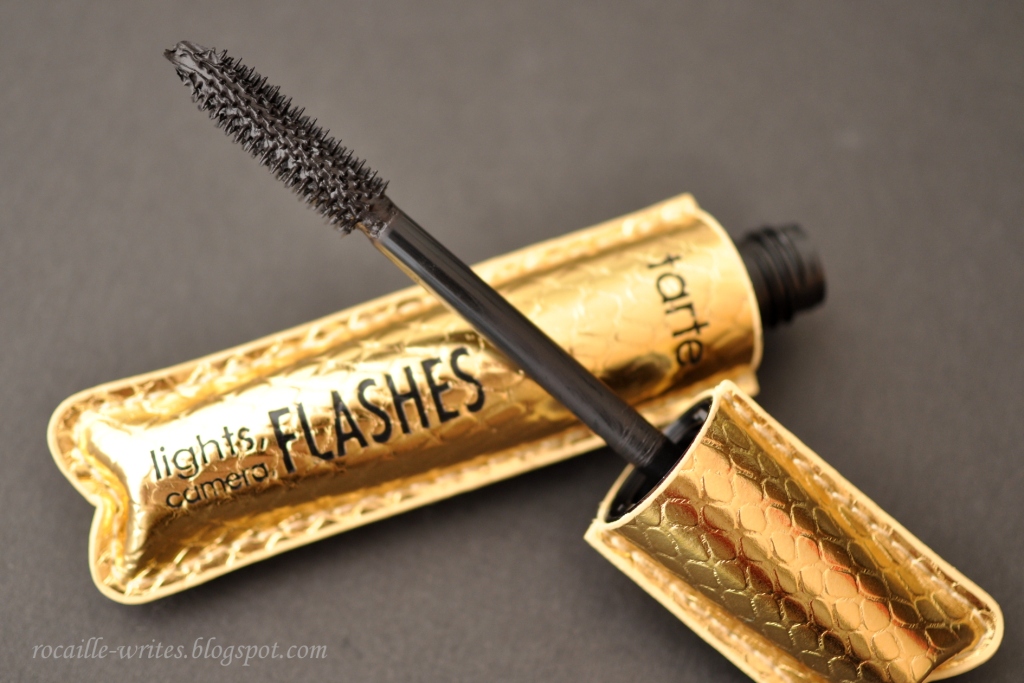 It took me a solid three weeks to form my opinion on this mascara. At first, I did not like - the formula was a bit wet, the brush difficult to figure out, the end result kinda clumpy. But, like many mascaras, Tarte's Lights, Camera, Flashes benefits from a couple weeks of drying out - and experimenting with the best way of applying it. For me, it's two thin coats applied in quick succession, combing mascara from roots to tips of the lashes without wriggling, as that seems to produce more clumps at the ends than what I prefer. The overall effect is long, volumized, decently separated lashes, including the forever difficult outer corners. Exactly how I like my lashes. 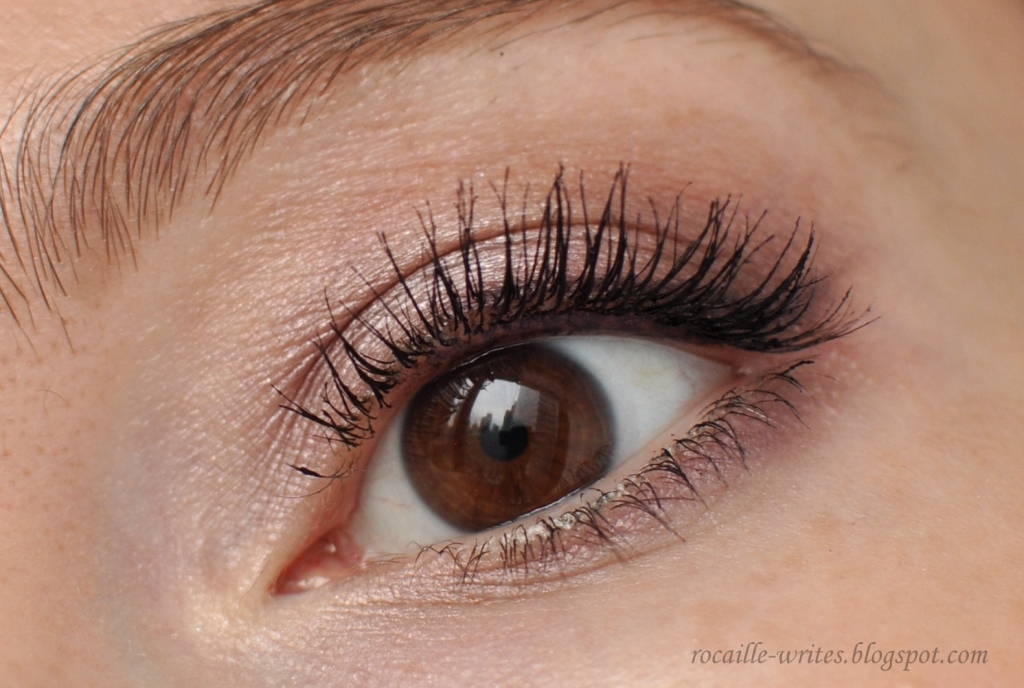 My only other criticisms would be that Lights, Camera, Flashes transfers ever so slightly on the inner part of my browbone. As you can see in the photo below, my lashes, especially on my right eye, touch the skin right in that area when I'm looking straight on, and frankly, most mascaras end up transferring there. Darn you, LiLash! ;) The other downside is that this mascara is very hard to remove; even with a recommended oil-based make-up remover (I'm using the Shu Uemura Anti-Oxi Cleansing Oil). But, it IS very black and almost tar-like in consistency (which is a good thing...?), and never flakes under the eyes. I do not know yet how long a tube will last, as I've only tested it for about a month now - I shall update once I reach the end.
Tarte's Lights, Camera, Flashes has proved to be worth the hype for me; mind you, my post growth-enhancing-serum lashes are quite long, full, and naturally curly (no eyelash curlers in these shots), so maybe it wouldn't fare that great on shorter and sparser lashes - I can't vouch for that. What is your current favorite mascara? Do you tend to stick to the drugstore or like to splurge on a high-end one?
Posted by Unknown at 10:11 AM