You Win Some, You Lose Some: Heroine Make Volume & Curl Mascara and Mascara Remover

I'm feeling very blah towards this review; but this is the mascara I've been using, so may as well share my thoughts on it with you, right? Last year, Jenni brought this mascara over for me from Hong Kong, saying this was one of her favorites and a must-try from Asian brands. We're talking about the Kiss Me Heroine Make Volume & Curl Mascara in Black (about $8-11 on eBay and Amazon, or $15 for the set) from Isehan, a Japanese company which is very popular in Asia. I had other mascaras I wanted to use up back then, but I was super excited to try it and filed it away for next summer since I had heard that Japanese mascaras were super longwearing as well as water and sweat-proof. 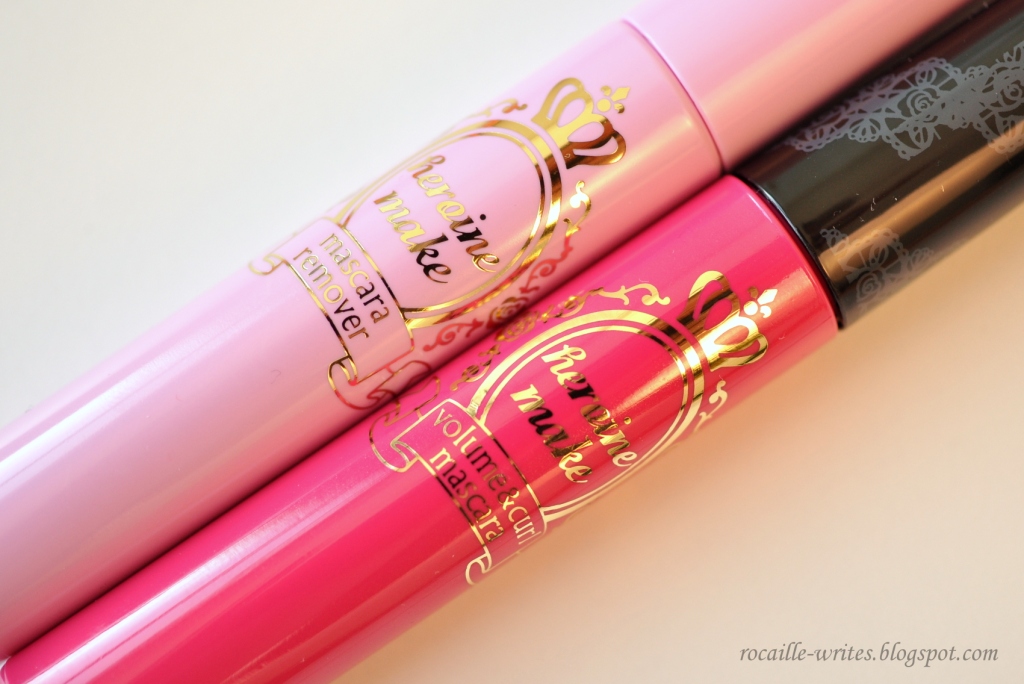 She actually picked up this duo pack for me, which also came with a mascara remover; I saw my dear friend Claire talking about mascara removers on her blog, so I was also curious to see how that would work for me. The packaging is a little excessive for two small tubes and maybe a bit too kawaii for my tastes, but hey - I won't judge a book by its cover. It's the mascara inside that counts. 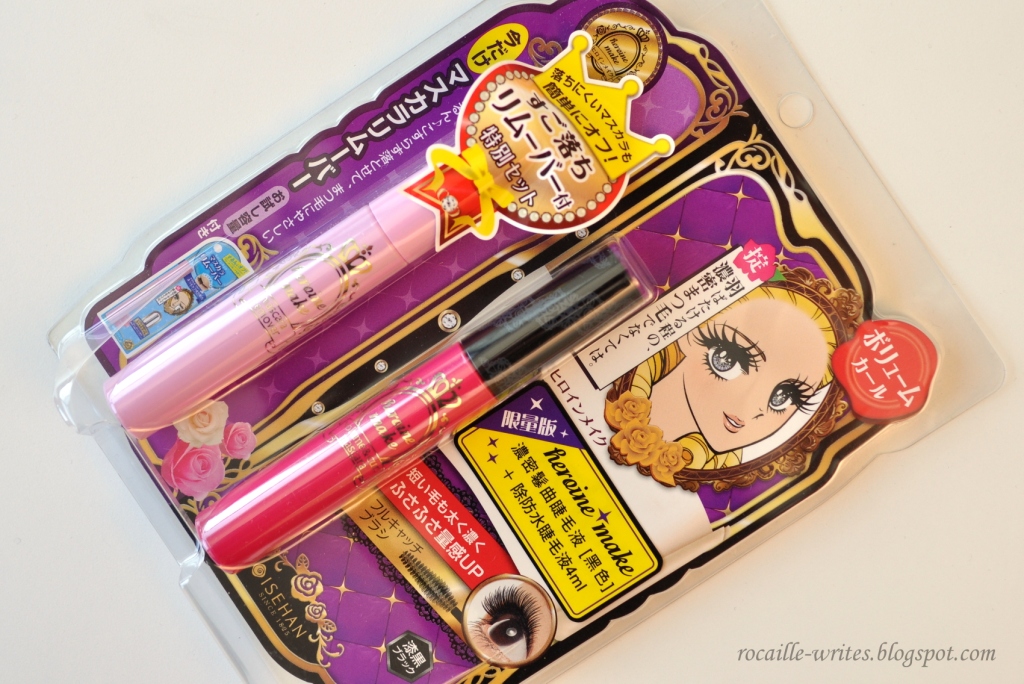 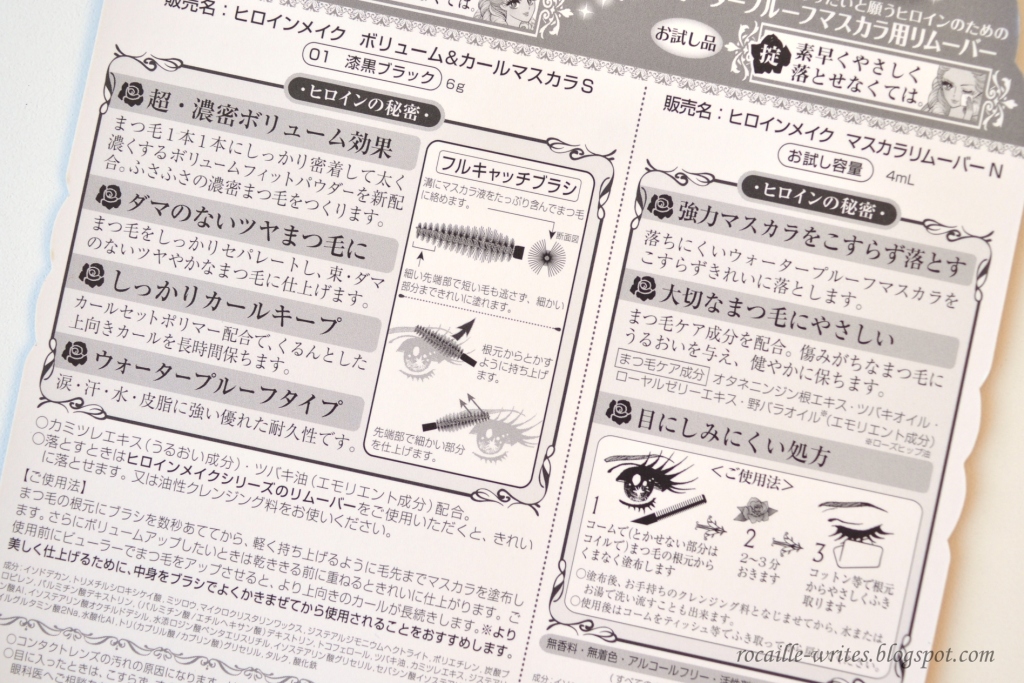 Let's start with the Volume & Curl Mascara, shall we? As you can hopefully see, it's a typical wire-type brush in a somewhat conical shape that tapers at the end. It's a flattened cone though; the bristles are only longer on two sides when viewed in profile, not all around. The brush is just the right size for my eye, which is to say, it's a bit smaller than the length of my actual eyes, which makes it quite easy to manipulate. 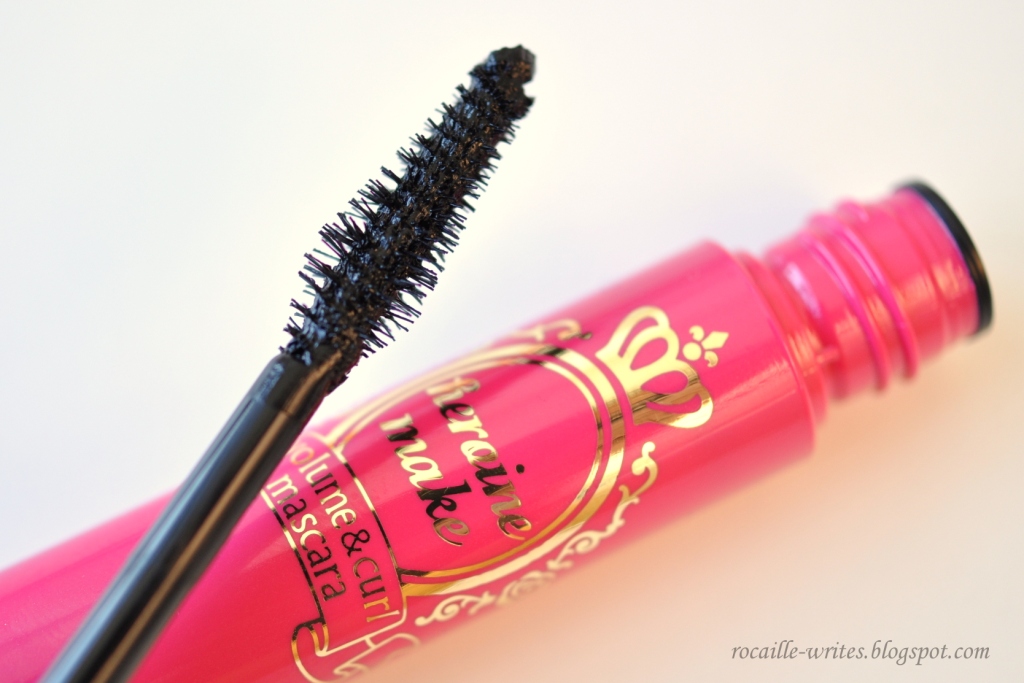 The brush has a tendency to pick up a huge glob of mascara at the very tip, which usually results in my getting said glob on some part of my eyelid, while not holding a whole lot of product on the rest of the wand - quite annoying. It wouldn't be a deal breaker though IF I liked the formula of this mascara, but unfortunately, I don't. Despite the name, I don't find it particularly curling or volumizing, unless you mistake large clumps and spidery lashes for volume; can you tell I really wasn't impressed? 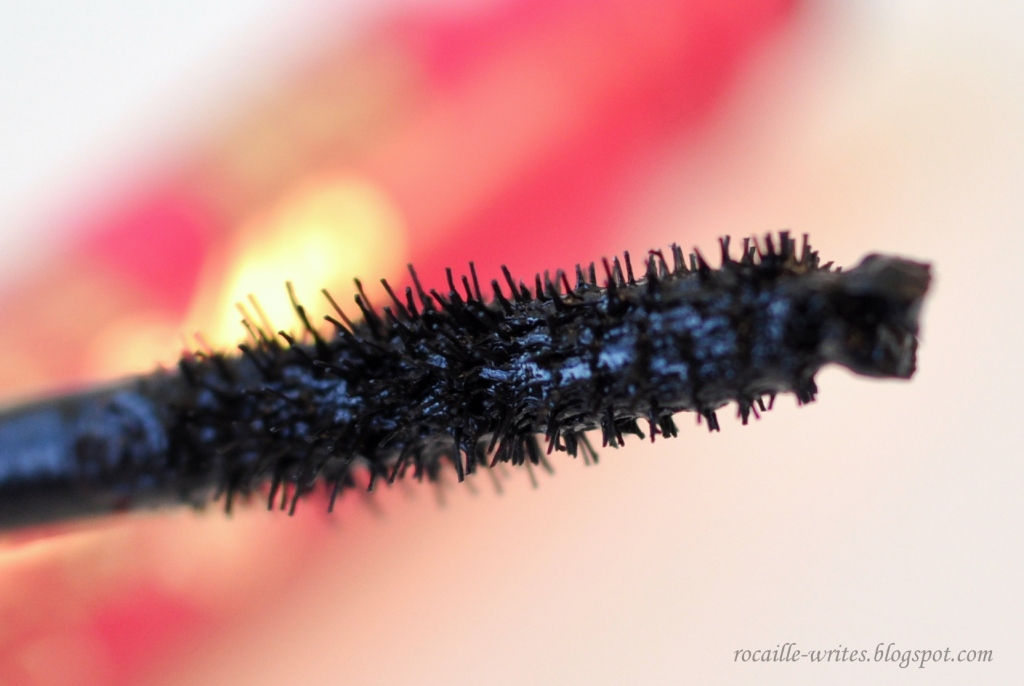 I'm not sure if maybe this would fare better on different lashes than mine; but on my relatively long, full, curly lashes, Heroine Make Volume & Curl actually gives the appearance of fewer lashes by clumping the existing ones together into uneven spider legs. Just to show you exactly what I mean, I've compared two coats of Heroine Make in the top photo to two coats of Laura Geller GlamLASH Dramatic Volumizing Mascara on the bottom - see the difference in fullness and definition? Mind you, Glam Lash is one of the better mascaras that I've tried in a while, but once you find a really, really nice mascara, it's a bit hard to accept something subpar. As for the longwearing part, I actually still find that the Heroine Make sometimes transfers onto my browbone and/or flakes slightly throughout the day (just like the Glam Lash); however, it also gives me stiff, crunchy lashes and is impossibly difficult to remove, unless you're using... 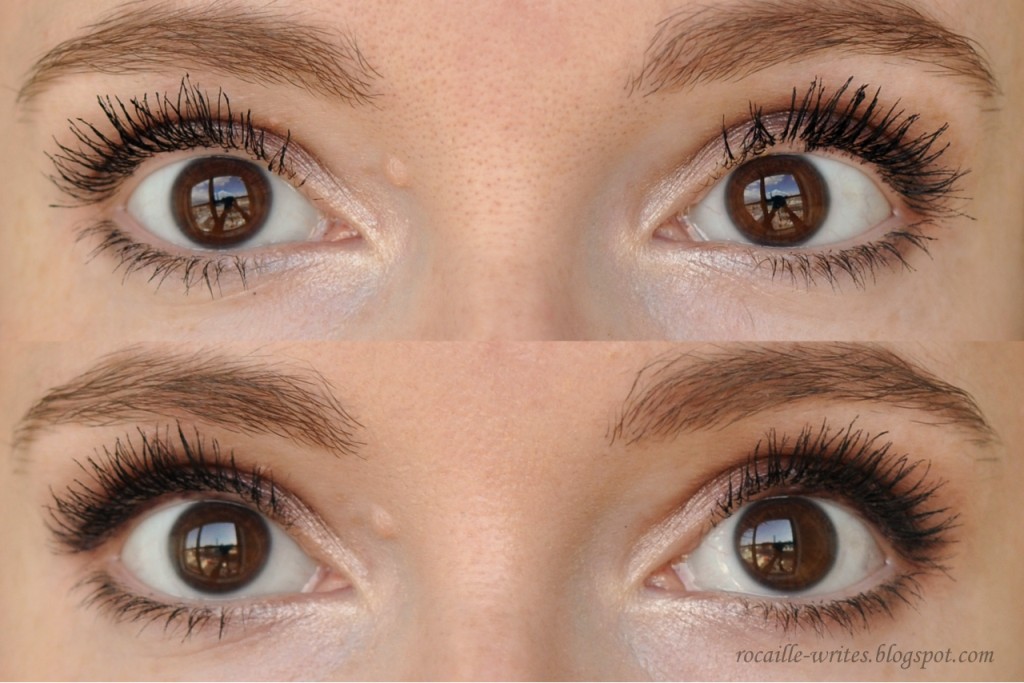 ... their fabulous Mascara Remover. This unassuming plastic applicator with little grooves works incredibly well to coat the lashes with a clear make-up remover, which I then let sit on my lashes for a minute or two while I massage the rest of my face with a cleansing oil. I will then apply the small amount of cleansing oil I still have on my palms to my lashes, work it in for a while, and then all of my eye make-up comes off easily when I emulsify and rinse the cleanser with warm water. If you think that maybe it's my cleansing oil that's doing all the work here, you're wrong. I've tried using my Shu Uemura Anti/Oxi oil alone to remove the Heroine Make mascara, and it barely budged. Add the Mascara Remover to the equation - everything can be removed quickly and easily without losing precious lashes in the process. 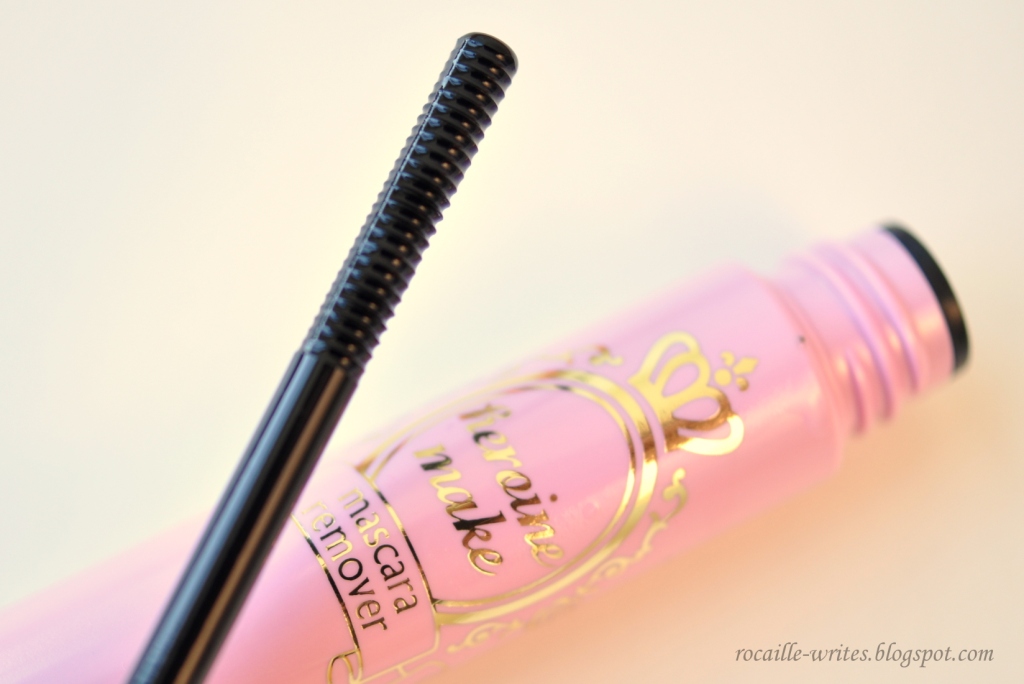 All in all, I guess you win some (Mascara Remover) and you lose some (Volume & Curl Mascara). My pal Citrine has recently reviewed the Long & Curl version and had slightly better results, so maybe that's something worth looking into. However, after this first foray, I don't place a lot of trust in the Heroine Make brand; I may try a different company next time to see if there's another Japanese mascara I may like.

Have you tried any Japanese mascaras? What are your three top favorite mascaras of all time - because I know choosing just one is nigh on impossible :)
Posted by Unknown at 5:50 PM