Here's my fourth and final update for Project Pan That Palette 2016, and I'm excited to share my progress with you. But first, let's address the elephant in the room: it's obviously not the end of 2016 but I have decided not to continue working on this Project. The reasons are manifold, but probably the first and foremost is that I'm thoroughly done using my theBalm Nude'Tude every time I wear make-up. I feel that I have now exhausted all creative possibilities out of this palette (meaning those that are relevant to my lifestyle and preferences) and while it has taught me a lot in the process, there's nothing left to gain from panning it until the end of December. The other chief reason is that I'm going to be taking care of a new family addition starting in October, and I'm sure wearing eyeshadow will be the last thing on my mind anyway :)
Above photo shows what my palette looked like at the last (third) update at the end of June (click!). My goals for these two months were to hit pan on Snobby (pale yellow), Schitzo (shimmery bronze) and Serious (matte black). I also wanted to deepen the dip in Sexy (matte burgundy) and expand the pan on Sassy (white pearl) and Stand-offish (metallic champagne).
I'm very happy to say that I have managed to hit all of these goals, and have additionally expanded the pan on Sultry (matte medium brown). I hit pan on Serious just mere days after my last update, and to be honest, haven't really touched it since - I quite dislike this shadow simply because I get terrible fallout from it, and it continues throughout the day so that I have to be constantly on the lookout for black dots all over my face. Snobby was relatively easy to hit pan on because I'd combine it with Sassy to use as a face highlight, or wore it as a base under other shades. I did struggle a bit with Schitzo - not my favorite bronze shade on my coloring - but finally hit just a little bit of pan two weeks before this update. 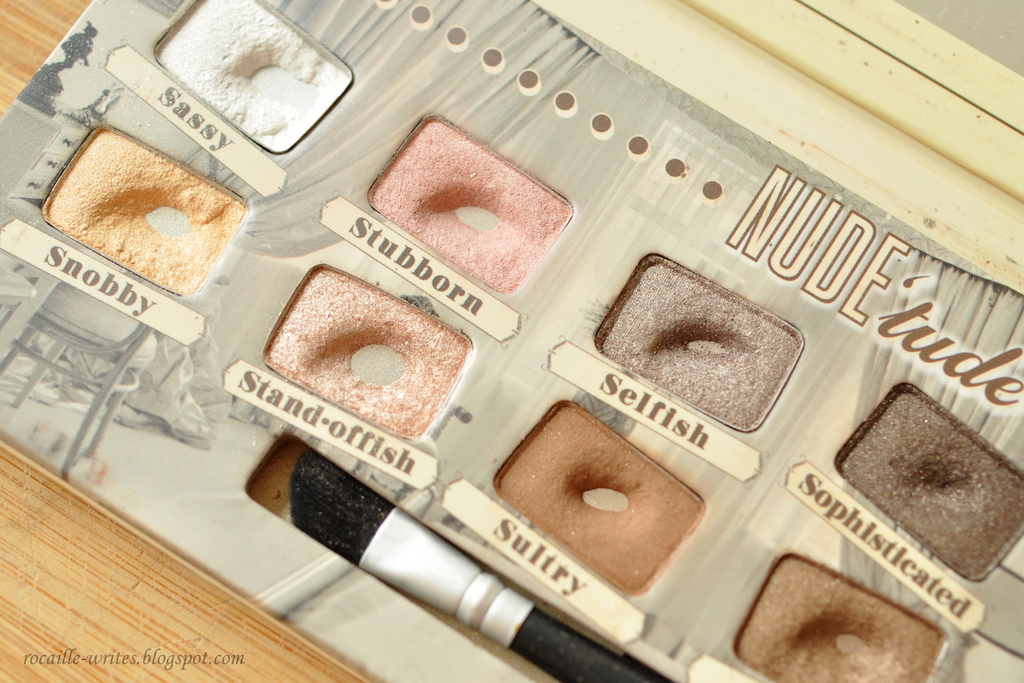 I'm honestly very relieved to be ending this Project now. I absolutely do not regret embarking on it in the first place because it taught me a few priceless lessons about my eyeshadow preferences and purchasing eyeshadow palettes in general (expressed here) but I will say that I probably could have ended it at six months instead of eight. I've persisted out of sheer ambition and stubbornness, although these last few months, I really wished I was wearing other shadows from my stash instead - so that's what I'm going to be doing all through September, until my due date. 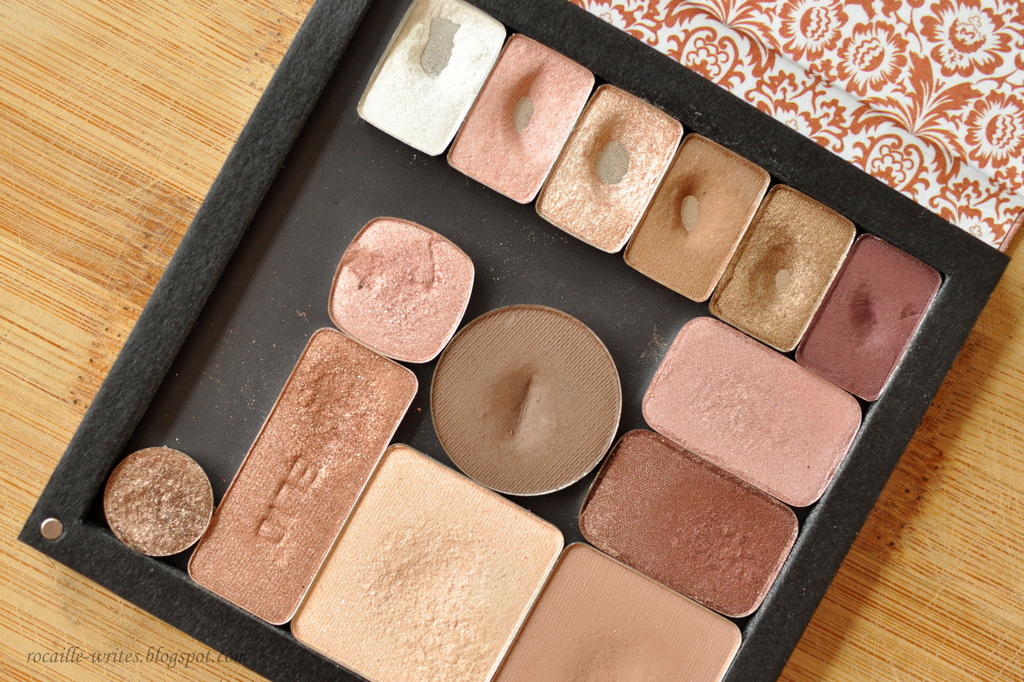 As far as my plans for what's left of the Nude' Tude, I went ahead and depotted my favorite and most-used shades into a MiniMint palette (it's a magnetic freeform palette I ordered on Etsy here and I'm really enjoying it so far! Great craftsmanship). It also houses some other eyeshadow depots from Inglot, Stila and other brands, and I'll be chiefly reaching for these shades in September. I trashed the rest of theBalm shadows from the palette together with their mangled cardboard packaging, and I like how the depotted shadows look in the magnetic palette so much better than they did in the original palette. Yes, they're 'boring neutrals', but I find this color gradient so much more pleasing to the eye, not to mention more economical in terms of storage.

There you go, guys - my Pan That Palette finale. I did the best I possibly could on this Project and I'm really happy with my progress. However, I don't think eyeshadow panning is for me; if I truly wanted to use up the entire Nude' Tude, which is one of the smaller palettes on the market in terms of volume per shadow, I think it probably would have taken me 2+ years of nearly everyday use. I personally don't see the point of committing myself to a dozen of shadows for such a long time when I have a drawer full of other eyeshadows I like at least just as well if not more than these. So I guess it goes without saying that I won't be starting another Pan That Palette anytime soon :)

If you're currently panning an eyeshadow palette, how's your progress? And those of you who are not but were cheering me on anyway - first of all, THANK YOU, but also, what are your thoughts on the whole process? Would you consider joining this challenge in the future? I'd love to know!
Posted by Unknown at 10:05 AM