The 'Rocaille Swatches' series could as well bear the title 'I'm not buying more make-up EVER and here's the proof' but at least I want to pretend for myself that my make-up addiction is somewhat useful for the society at large, plus the alternative title is kinda long, so that's what I'm sticking to. Let's jump right into six shimmery peach/coral blushes from my collection! 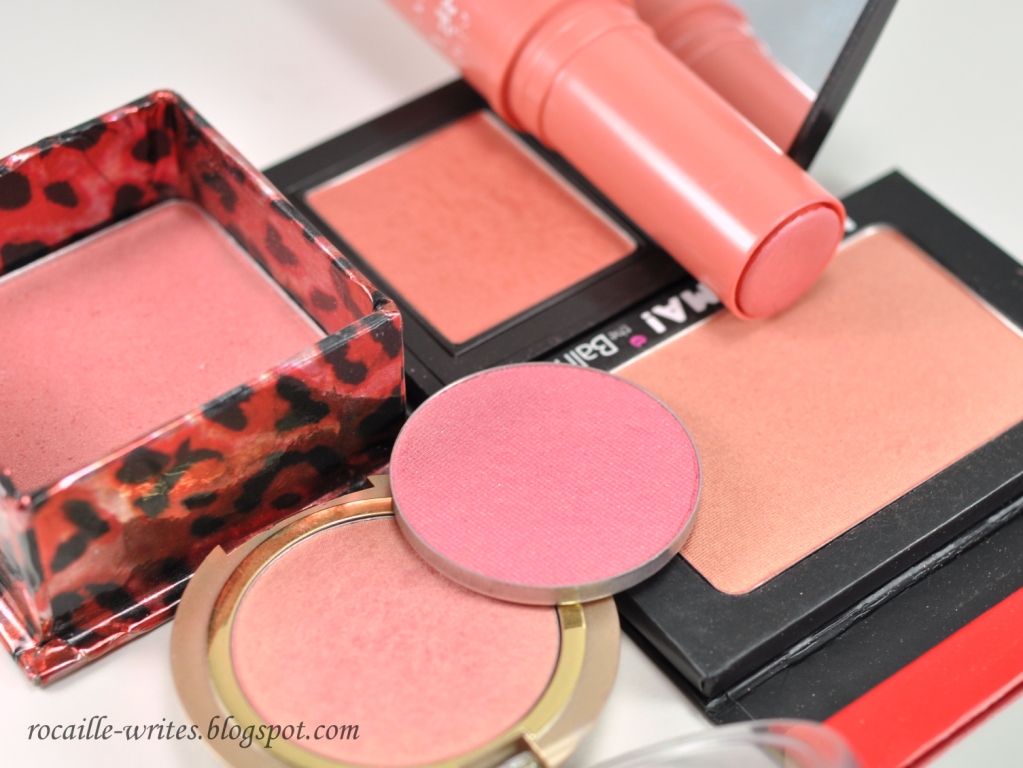 By the way, isn't it pathetic that I also had to narrow it down to 'shimmery peaches'? Because there would have been more if I included matte... Anyway, I don't really know what happened here. I don't even like golden peachy pinks of the NARS 'Orgasm' variety that much - I think the gold doesn't really suit me. Yet, I've managed to accumulate at least two very near dupes. I'm seriously outta control, people. 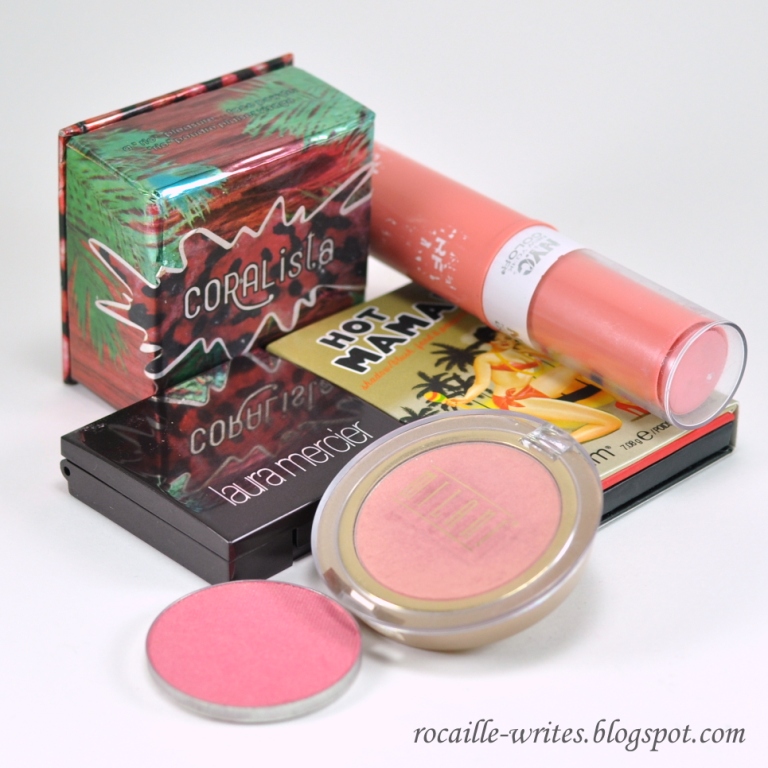 But anyway... Pretty pretty shiny, huh? I do like getting my pretties out of their drawer and arranging them for a shoot; there must some of collector's pride in that. What we have in the photos, clockwise and starting in... the middle?: La Femme Blush Pan in 'Mandarin Red', Milani Blush in 'Luminous' (discontinued, I think?), Benefit Boxed Powder Blush in 'Coralista', Laura Mercier Blush in 'Nectarine', NYC Blushable Cremestick in 'Plaza Pink', theBalm Blush in 'Hot Mama!'. 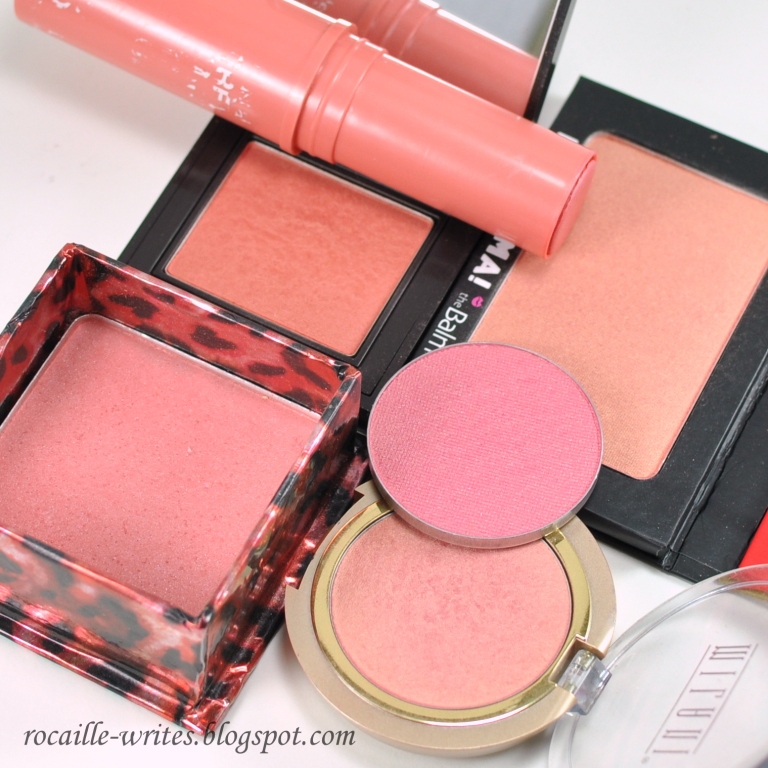 Close-ups and arm swatches, both in the same order for comparison: La Femme 'Mandarin Red', Benefit 'Coralista', NYC 'Plaza Pink', Milani 'Luminous', theBalm 'Hot Mama!' and Laura Mercier 'Nectarine'. I was going for a gradient from the most pink-toned to the most orange/coral.

Out of all of them, I definitely tend to wear the ones on the pink end of the spectrum a lot more than the orangey ones, just because pink suits my complexion a bit better. I still venture into the warmer colors, especially in the summer, but they require more effort for me. Out of the pinkier ones, my most worn are NYC 'Plaza Pink' and Benefit 'Coralista', and out of more orangey ones, definitely Laura Mercier 'Nectarine' - I just don't dig the gold shimmer overdose in Milani 'Luminous' or theBalm 'Hot Mama!'.

Do you own any of these? What is your favorite shimmery peachy pink blush shade?
Posted by Monika @ RocailleWrites at 10:30 AM