My skin hasn't been doing that great lately and so I've been on the lookout for some new acne products I could supplement my routine with, specifically some spot treatments to use during the day. Since I already use a rather drying prescription gel, after reading a great review on Makeup Withdrawal, I decided to try something a bit different: the De La Cruz Sulfur Ointment ($5.29 for 3 oz). 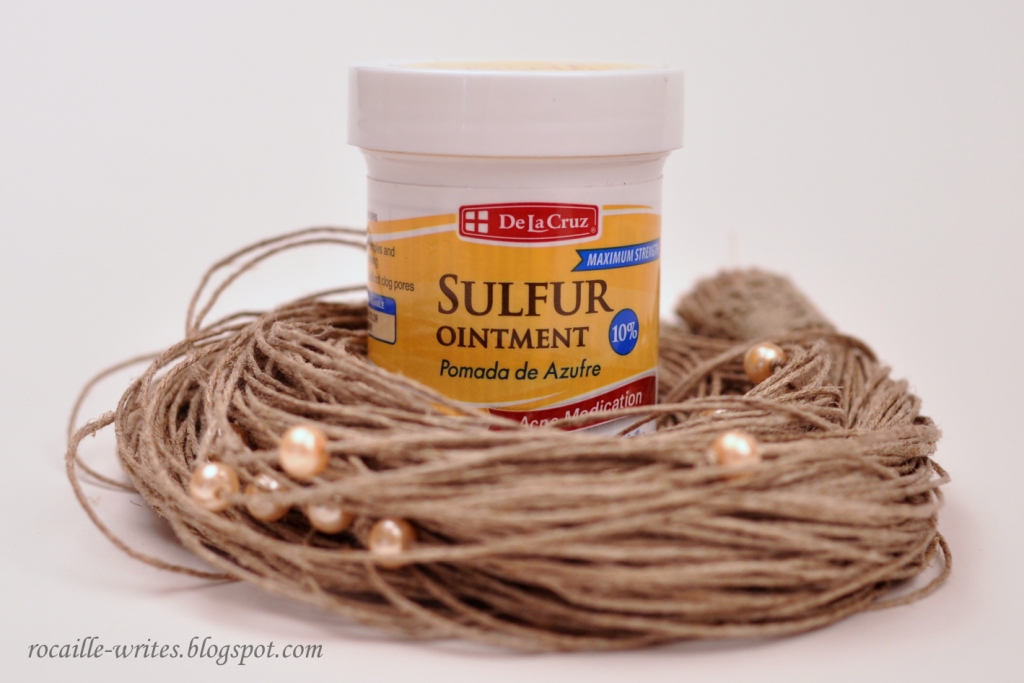 De La Cruz Sulfur Ointment 10% Acne Medication is, like the name suggests, a sulfur-based spot treatment; in fact, it only contains two ingredients, 10% sulfur and polyethylene glycol, no artificial fragrances or dyes. The consistency of the product is definitely that of an ointment: thick, oily, almost similar to Vaseline but a bit less waxy. It has a yellow tint to it and in the pot, has a faint soapy floral scent. 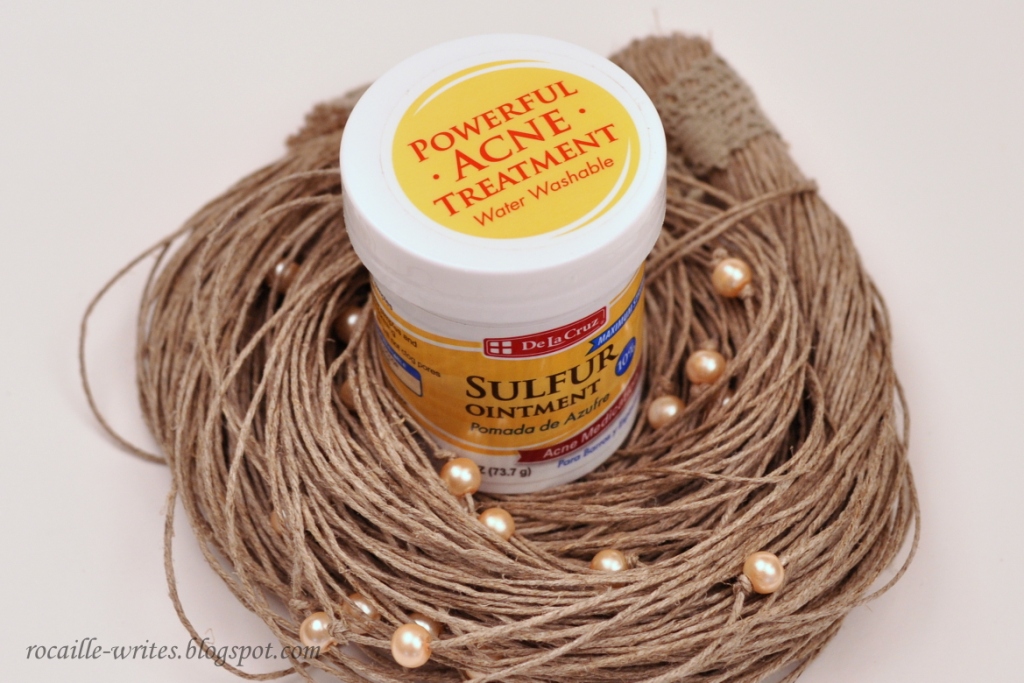 Now, because of the strange texture, this is definitely not something you could wear under make-up or even on its own anywhere other than in the safe confines of your own home. However, the De La Cruz Ointment isn't meant to be used like a typical spot treatment; instead, you're supposed to apply a small amount to the area, leave for 10 minutes and then rinse off or wipe away - it's water soluble and oil-free so it shouldn't leave a greasy mark. I will admit that I usually leave it on for a lot longer (like... a couple hours?) because somehow in my mind, that works better for those pesky spots that refuse to come to a head. In terms of the results, I would say this is an effective product but not a miracle worker: it takes a couple applications to really dry out and shrink the blemish, but still it worked better on an extremely stubborn spot I had on my cheek for about 3 weeks than anything else I'd tried, and now the bugger is finally gone, though not without leaving its mark. 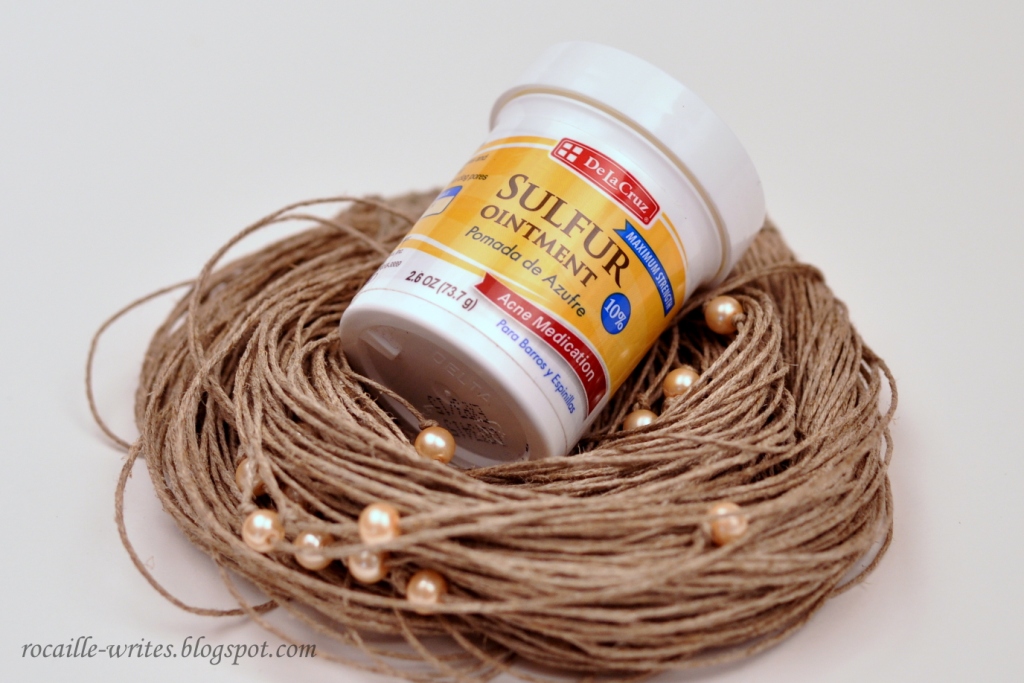 As for the cons, it does leave the unmistakable sulfur scent on your skin (I think Mimi described this as 'fart face') and can be drying if used regularly - but for me, that's pretty much the point because those painful red bumps just don't go away otherwise. I would recommend the De La Cruz Sulfur Ointment to anyone looking for an inexpensive spot treatment and who knows sulfur works well for them or simply wants to try something new. Finding the product in your local drugstore might be a bit of a challenge, so I ordered mine through drugstore.com and can safely recommend their service.

Have you ever tried sulfur-based acne treatments? What is your favorite spot treatment?
Posted by Monika @ RocailleWrites at 1:39 PM