You know those little useless eyeshadow sample cards you sometimes receive with a Sephora order? I received a Stila one a looong time ago, and just before tossing it straight in the trash, I opened it, swatched one shade and immediately fell in love. That was maybe three years ago, and the eyeshadow in question was Stila Eye Shadow Pan in Compact in Diamond Lil ($18 for 0.09 oz), described as a 'shimmering metallic platinum'. 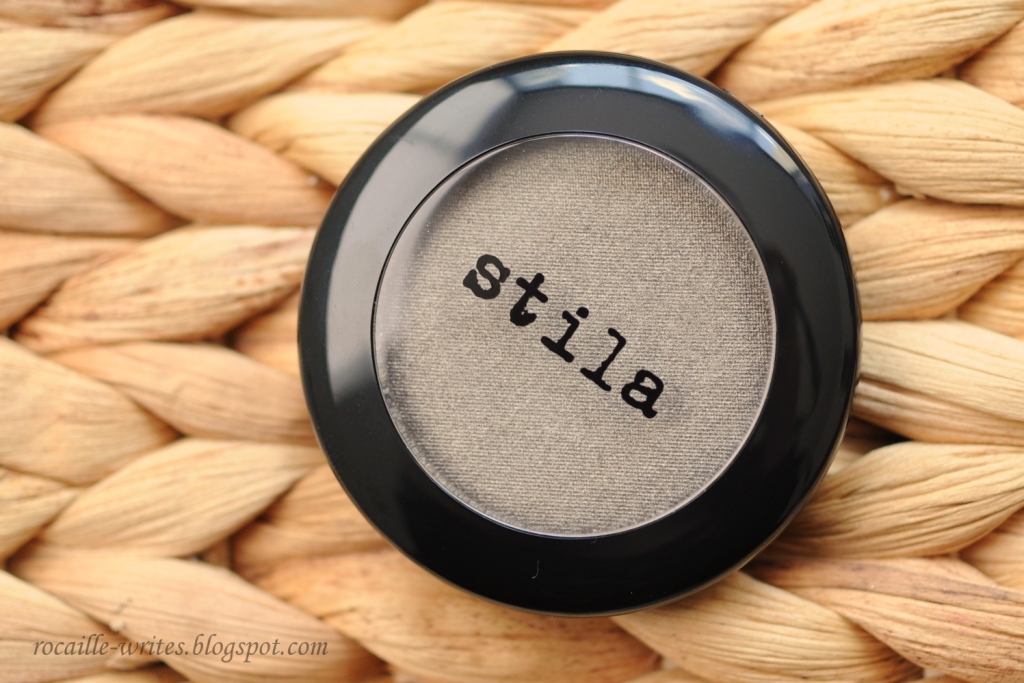 Fast forward to today and I finally crossed it off my neverending beauty wishlist. I was very much opposed to the idea of paying $18 for an eyeshadow single and always pushed Diamond Lil to the very bottom of my list, but when the opportunity arose to snag it at the Stila IMATS booth for $5, I went for it. And I'm really glad I did - not only because of the cool design of the minimalist, refillable (and depottable!) compacts. 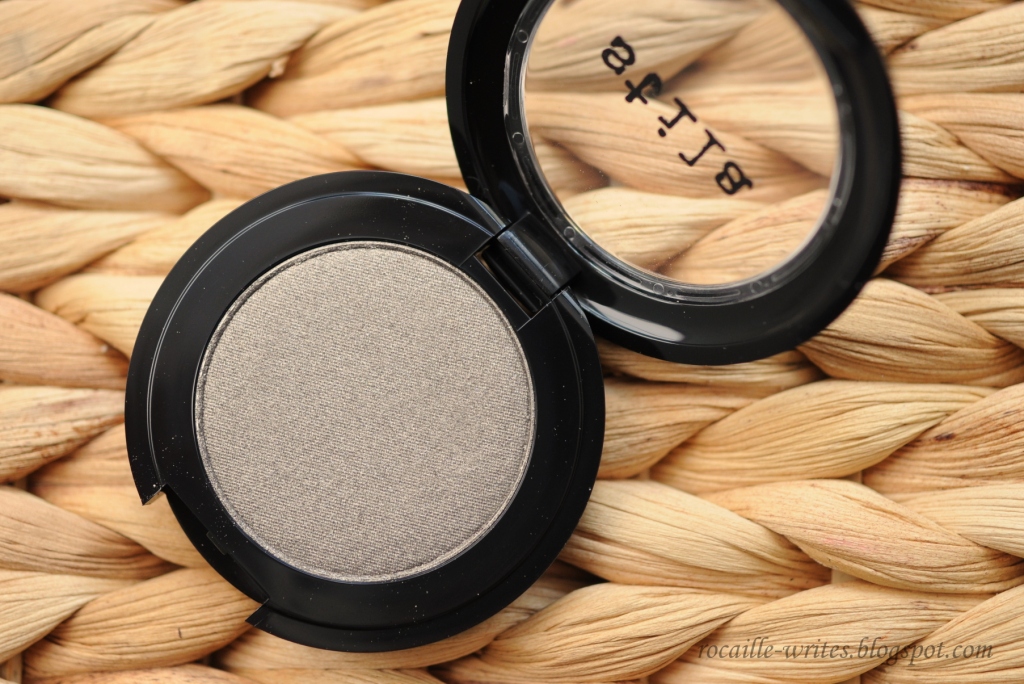 My previous Stila eyeshadow experience came in the shape of their now discontinued E! Live from the Red Carpet set (love) and the In The Moment eyeshadow palette (mixed feels). I do think Stila makes some fabulous but underrated pearl and metallic shadows, a few solid mattes and a slew of dry, sheer satins with microglitter. But buttery soft and pigmented neutrals like Kitten and Diamond Lil? I'm all for that. I'm guessing their issue is how inconsistent those eyeshadow palettes can be, especially the 'special value' limited edition ones released around the Holidays; the subpar quality of shadows in such sets probably hurts their brand more than helps to popularize it. 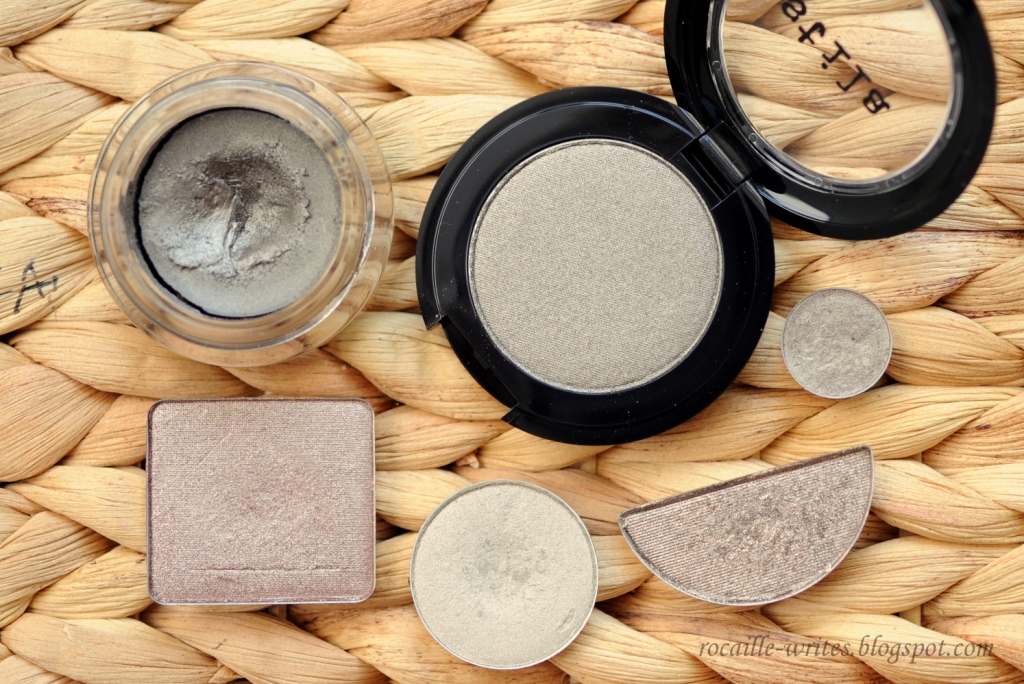 But, back to Diamond Lil: it's one of those mid-tone, somewhat murky gunmetal greys with a fair bit of khaki green. I knew it'd be quite similar to my drying-out pot of Benefit Creaseless Cream Shadow in Skinny Jeans, but Diamond Lil is a touch lighter and flashes more green than grey. Both are significantly less metallic than Inglot Pearl eyeshadow no. 153 and the taupe side of L'Oreal HiP Electrified Duo; I actually prefer the less reflective finish for everyday. Fyrinnae Feisty Fennec Fox swatches more golden olive than the Stila's shadow.
I was a bit surprised about the green pull of Diamond Lil but decided to play it up with some other atypical green-leaning shades from my collection. For this look, I used MAC eyeshadow in Vex all over the lid, Stila's Diamond Lil in the outer corner and blended into the crease, and Fyrinnae's Arcane Magic Electric Stardust mint glitter in the inner corner and layered over Diamond Lil along the lower lashline. I also thinly lined my upper lashline with Urban Decay 24/7 pencil in Mildew, a dark hunter green. My base is an equal opportunity mix of Face Atelier Ultra Foundation in Porcelain and YSL Le Teint Touche Eclat in B20, and I have Stila Convertible Color in Lillium on my cheeks and Revlon Lip Butter in Peach Parfait on the lips. I'm also trying out Benefit They're Real! mascara for the first time. 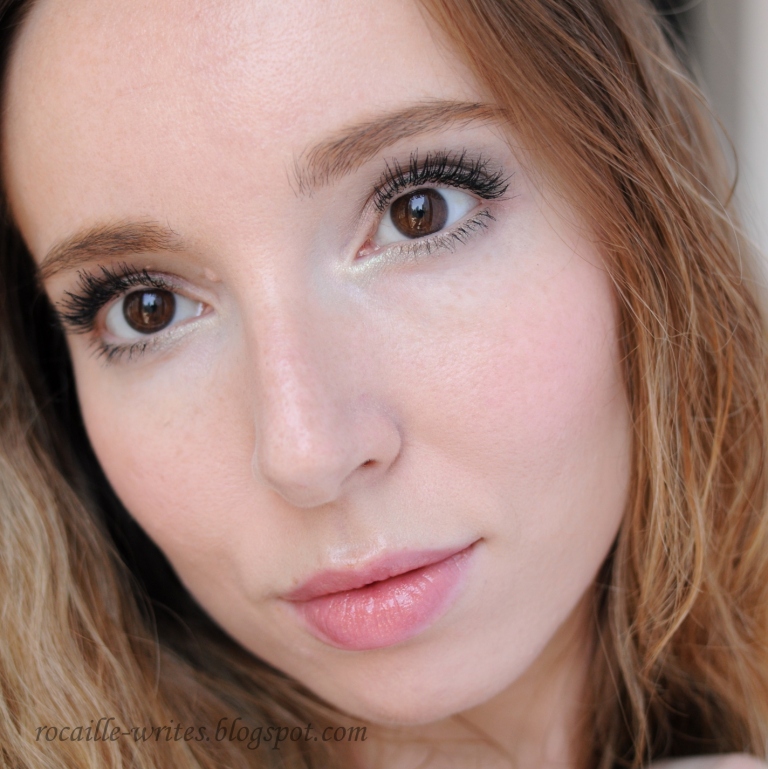 Do you like buying eyeshadow singles or are you a palette junkie? Have you ever tried any of the Stila Eye Shadow Compacts?
Posted by Monika @ RocailleWrites at 7:58 AM