I've been on a green beauty kick lately, focusing on the mid-range brands like Andalou Naturals and Derma e in particular. The gist is that I'm a bit tired of spending big bucks on all the cult skincare favorites, only to realize that while they're nice and luxurious to use, they don't make that much of a difference to my skin, especially when it's already being kept in good condition thanks to my basic skincare principles, discussed in detail here. 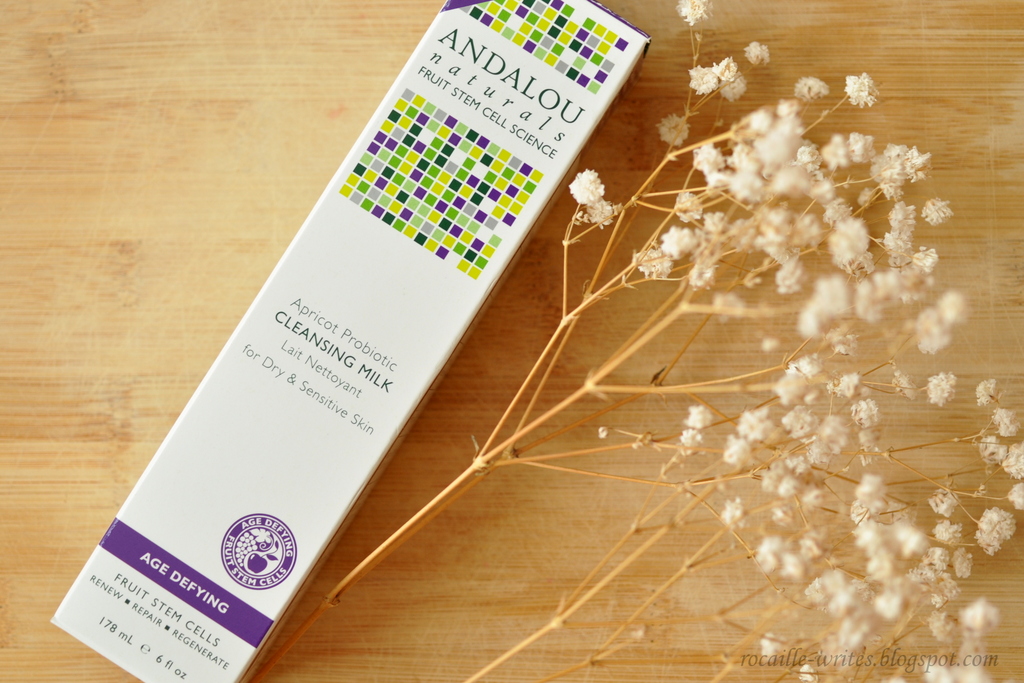 So when my REN Evercalm Gentle Cleansing Milk was very nearly used up, I decided not to repurchase another one, despite the fact that my skin really enjoyed it. Instead, I replaced it with the Andalou Naturals Apricot Probiotic Cleansing Milk ($12.95 for 6 fl oz/ 178 ml); one of you has actually recommended this cleanser to me (thank you!), and since I've had good luck with almost all of the Andalou products I've tried (reviews of the 1000 Roses line here, and the Probiotic Renewal Cream + Facial Lemon Sugar Scrub here), I thought that this could be a great inexpensive product to use for the second step of the double cleanse. 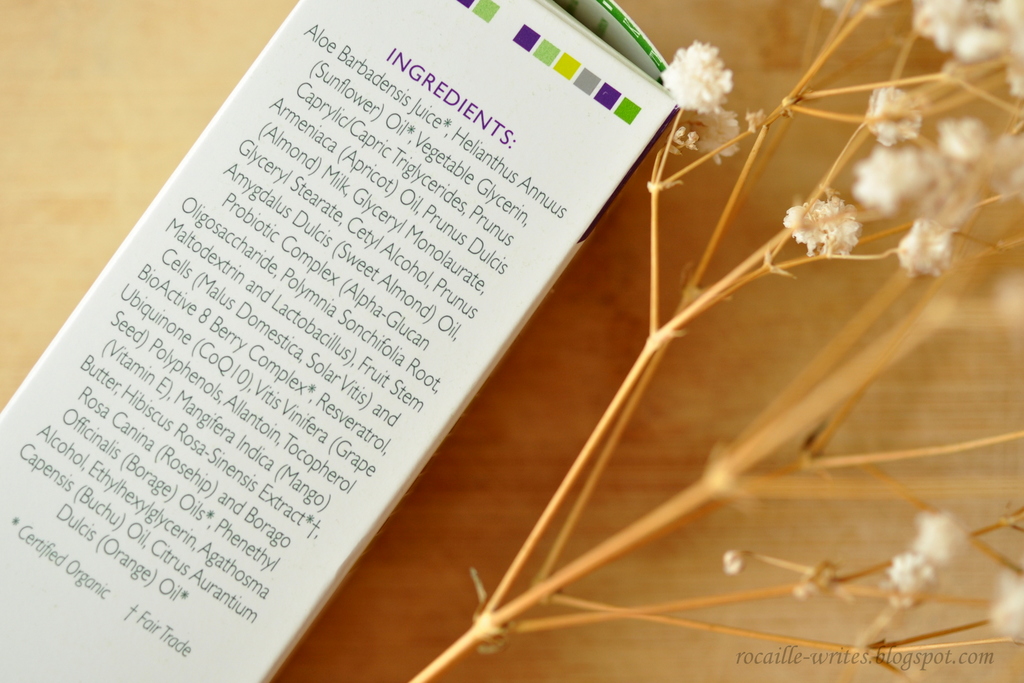 The ingredients sound very good to me, but like with all Andalou products, bear in mind that it is fragranced - predictably, the Cleansing Milk smells amazingly of ripe apricots. It's a more natural apricot scent than the Origins Drink Up Overnight Mask, for example, and I definitely prefer it to the Origins - this one has an almost nutty element to it, maybe from all the nourishing natural plant oils (sunflower, apricot, sweet almond, rosehip and borage) used in the formula. The Andalou Cleansing Milk also contains a probiotic complex (mostly oligosaccharides and lactobacillus), as well as a whole skew of antioxidants such as resveratrol, coenzyme Q10, polyphenols and Vitamin E. 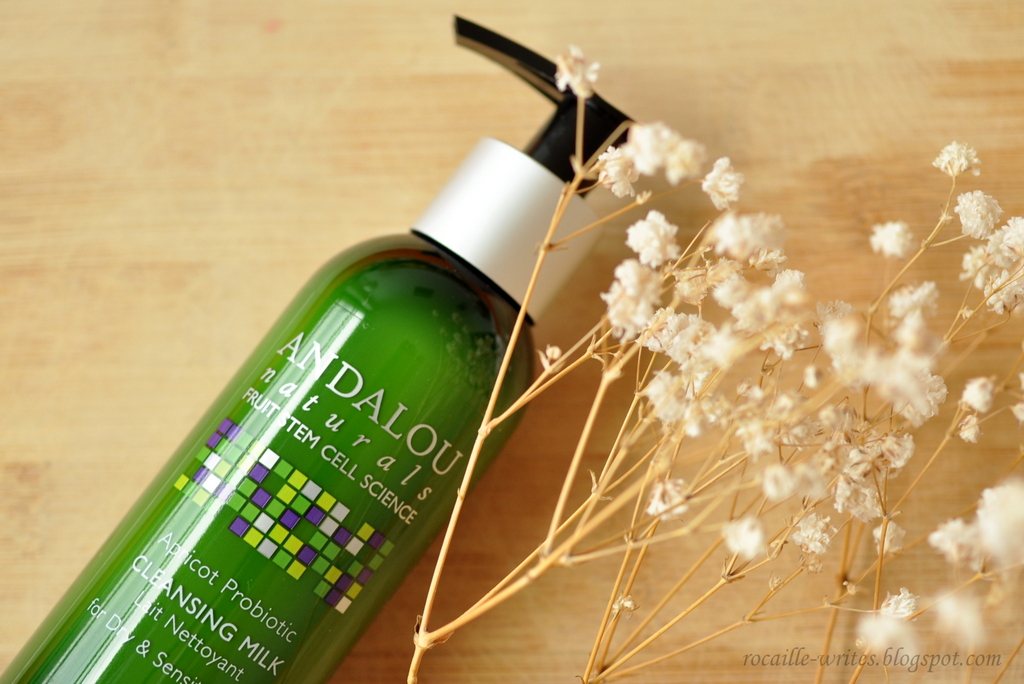 The cleanser is packaged in a convenient plastic bottle with a pump, which I greatly appreciate. The Apricot Probiotic Cleansing Milk, contary to the NUDE Omega Cleansing Jelly I've reviewed not too long ago, does not emulsify, which is something to bear in mind if you're used to emulsifying cleansing oils or (gulp!) foaming face washes. Instead, it has a soft creamy texture that spreads very easily on the skin - I would say the consistency is similar to a standard body lotion, or even a light face moisturizer. 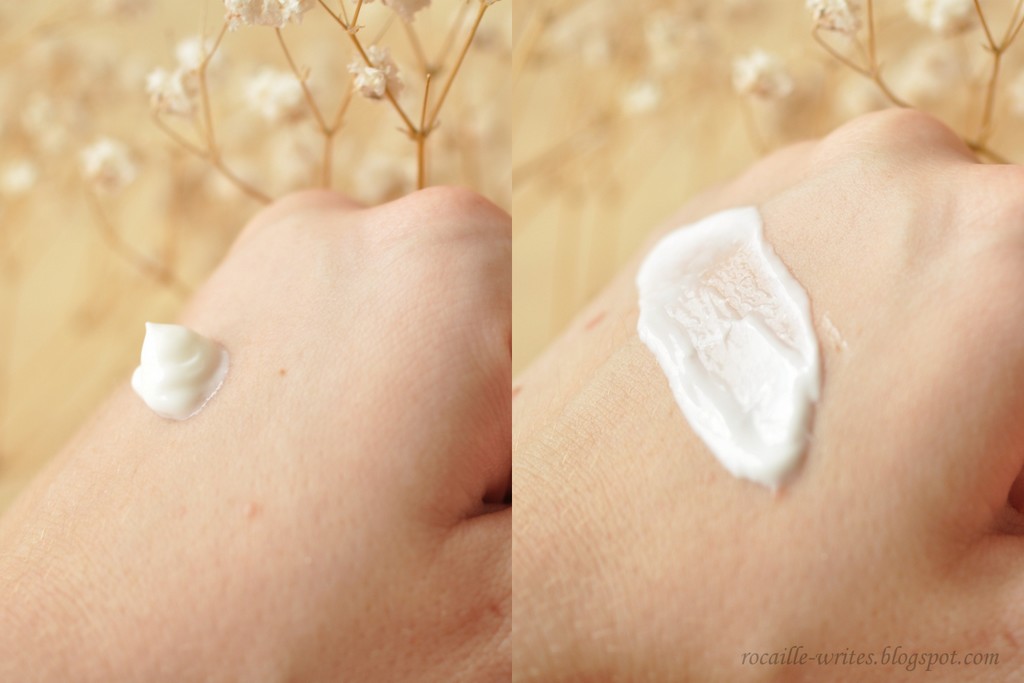 I purchased it with the intention to use it either alone in the mornings, or as a second cleanse at night, so personally it doesn't bother me that it's not the greatest make-up remover, especially if you wear waterproof eye make-up. I wouldn't recommend it for that purpose. However, as a basic cleanser meant to cleanse the skin from the remnants of last night's skincare or lingering traces of make-up, it performs very well indeed. It feels soothing and hydrating on, and once removed with a warm wash cloth, doesn't leave a residue. My skin feels refreshed, plump and perfectly clean - I give it a big thumbs up!

All in all, I think the Andalou Naturals Apricot Probiotic Cleansing Milk is very comparable to the REN Evercalm Milk, and while I may prefer the herbal scent of the latter, that's not reason enough to pay more than double the price for the REN version. I also feel like the Andalou is a touch more hydrating than the REN, so I would definitely recommend it if you're struggling with dryness. I'm really happy with this purchase - yet again, Andalou products just don't disappoint. What is your favorite more affordable cleanser? I recently got a mini of the CeraVe Hydrating Cleanser and I'm excited to try that out next :)
Posted by Unknown at 8:37 AM