Another three months have flown by and it's time for my third Project Make A Dent progress update; my last one before the Project's end in late December. I've decided to lump my Project 10 Pan update together with the Project MAD as not to overwhelm you with two very similar posts in quick succession - and truth be told, there isn't any real difference between the two projects aside from terminology. I'm thinking next year, I may just stick to one really big panning project. 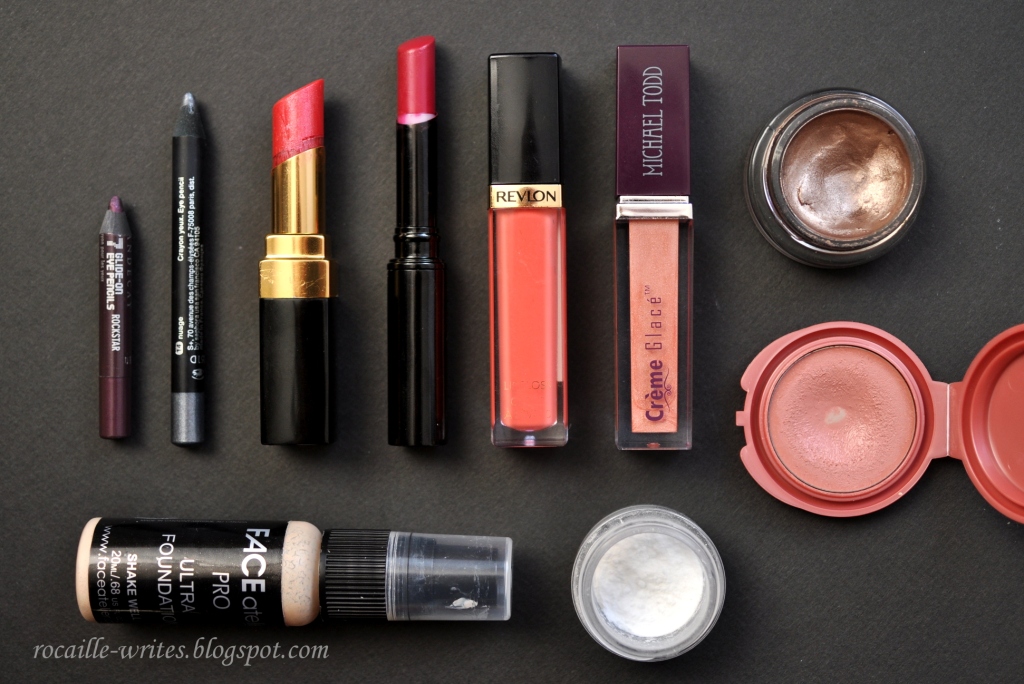 Starting with Project Make A Dent, above is what my items looked like in January, when I started the challenge (click!). Just to recap, at the last update in June (click!), I have had already finished five items: Urban Decay 24/7 Eyeliner in Rockstar, Make Up For Ever HD Powder mini, Michael Todd Creme Glace lipgloss in Natural, Revlon Superlustrous Lipgloss in Coral Reef and Face Atelier Ultra Foundation in Porcelain. Since then, I haven't completely used up any more items, but have put noticeable dents in several: the Chanel Rouge Coco Shine in Monte Carlo is very nearly done, and the Maybelline Color Tattoo in Bad to the Bronze as well as Stila Convertible Color in Lillium have even more pan showing. I've worked a bit on the Sephora Nano Eyeliner in Nuage too (I can see a bit of progress there!), but the Inglot Gel Lipstick no. 58 looks pretty much the same to me. 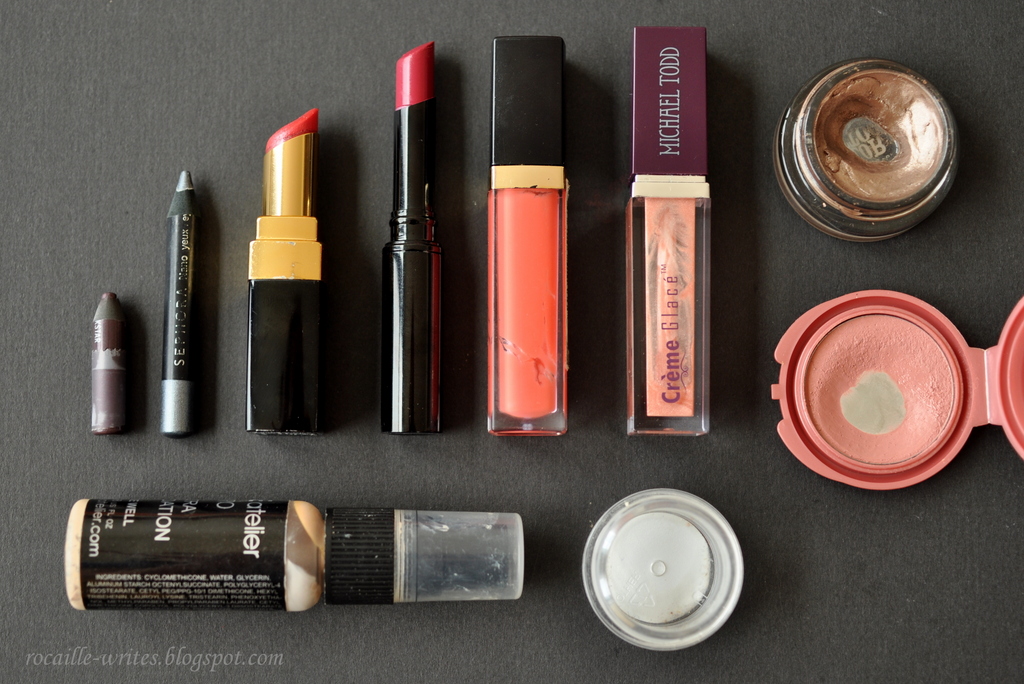 All in all, it's about as much progress as I was expecting to make - I've realized since the beginning that I wouldn't be able to entirely finish some items, but it's enough for me to know that they've had plenty of use. 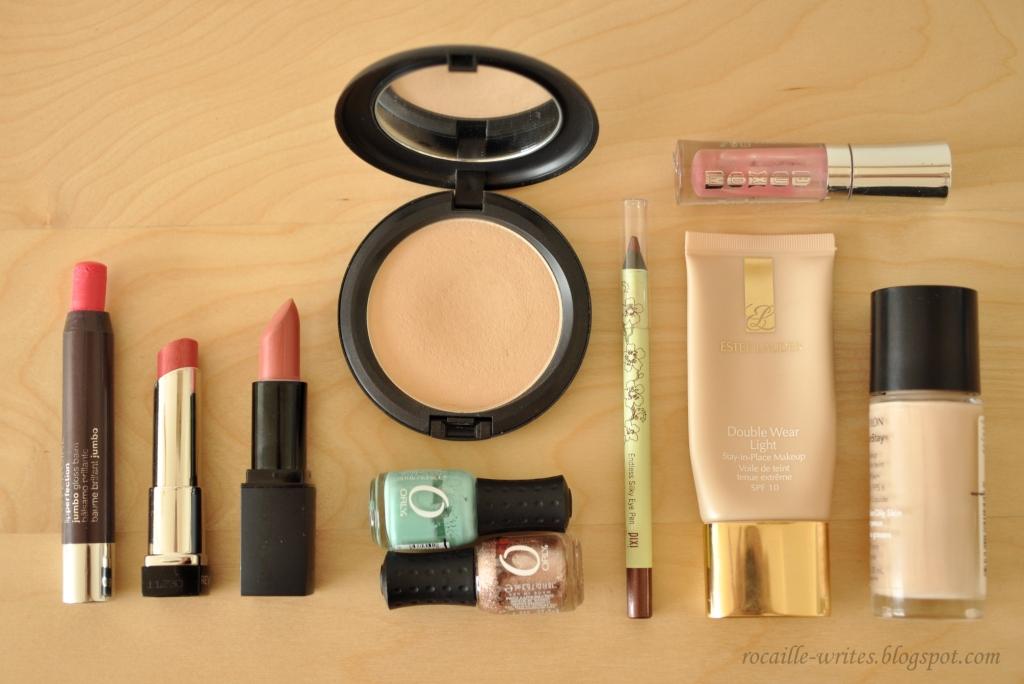 As for my Project 10 Pan, it's going really, really well. Above is what my products looked like at the beginning of the challenge in July (click!). Since then, I'm counting two products as finished (both have about a week of use left, but I'm counting them in for convenience): the Buxom Full-On Lip Shine in Dolly and the Revlon Lip Butter in Peach Parfait. I'm also very nearly done with three more items: the Estee Lauder Double Wear Light Foundation in Intensity 1 and both of my Orly mini polishes in Gumdrop and Rage. In the close-up shot of my liquids, they actually only look half used up, but the reality is that even with constant thinning, they're getting too thick to apply - I may get one more manicure out of each one, and then they'll be gone. 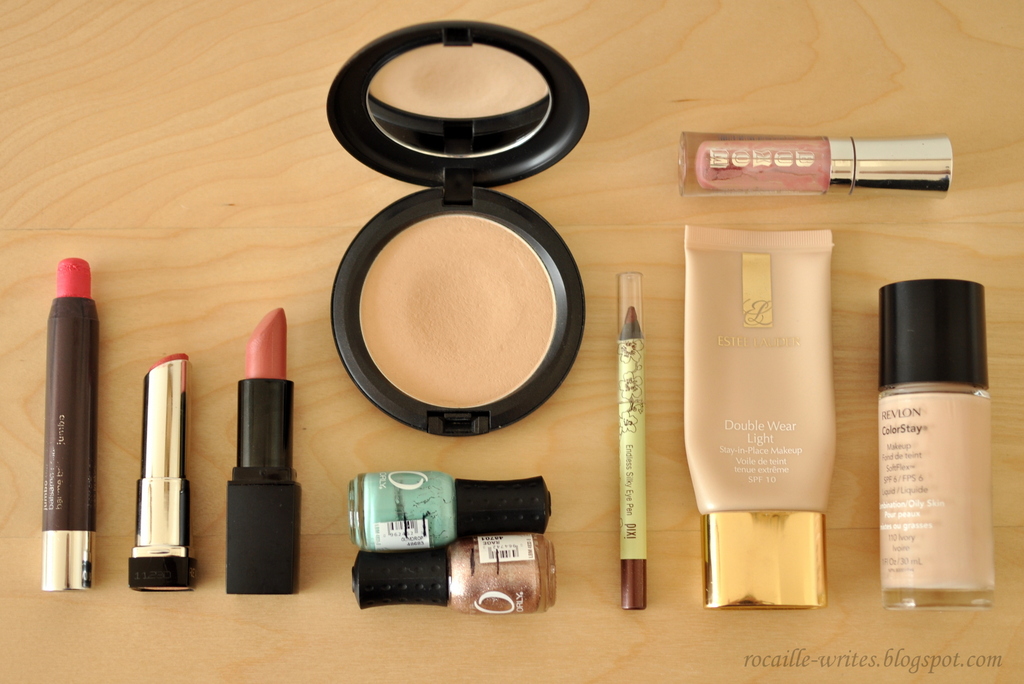 I can also see lots of progress in the Pixi Endless Silky Eye Pen in Copper Glow as well as some progress in the MAC Blot Powder; the dip in the middle seems to have gotten deeper and I'm hoping to hit pan very soon. There's a little bit of change in the other two lip products, the Covergirl Jumbo Gloss Balm in Watermelon Twist and the Elf Mineral Lipstick in Rosy Raisin, but not a whole lot - I'm hoping to get cracking on those now that the other two are out. The last item, the Revlon Colorstay Foundation for Combination/ Oily Skin, has stayed nearly the same - it's a bit too light for me at the moment (I know! That Tuscan sun, I tell you...), so I'm planning to use it more in the upcoming months. 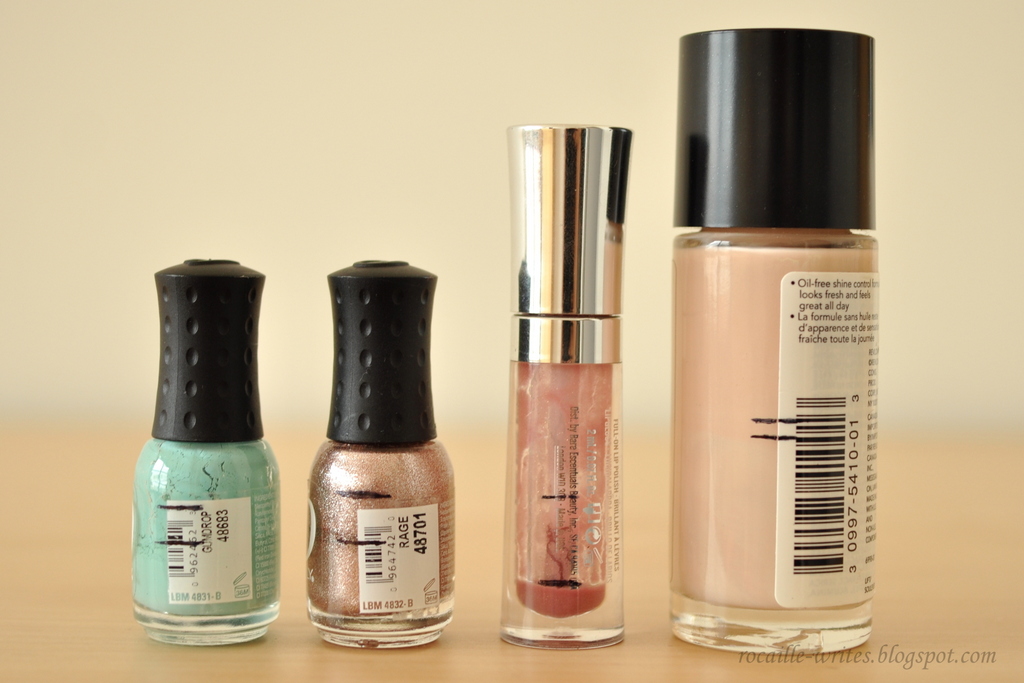 Overall, I'm still very satisfied with my progress and commitment to these Projects. Sure, I have started to feel bored with some of my products, or have discovered that maybe I wasn't such a fan of the given color/ formula in the first place - or else, that my preferences have just changed. And that's okay - I'll keep those things firmly in mind both for future projects and future make-up purchases. Have are you guys doing with your Projects? Any success stories to report?
Posted by Unknown at 8:50 AM