The educational value of this post is that I had no idea what a boysenberry was, or what it looked like. According to Wiki, it's a cross of raspberry, blackberry, dewberry and loganberry - except now, I have no idea what dewberries and loganberries are, and what's worse, I'm getting hungrier by the minute, looking up photos of boysenberries on the vine, boysenberry jam and boysenberry pie. Which as it turns out, isn't even relevant, because the Laura Geller Blush-n-Brighten in Boysenberry ($27.50 for 0.176 oz/ 5 g, mine is a GWP mini size) is definitely NOT the color of a boysenberry (deliciously reddish maroon); it's the color of red ochre. Why so confusing, Laura?! 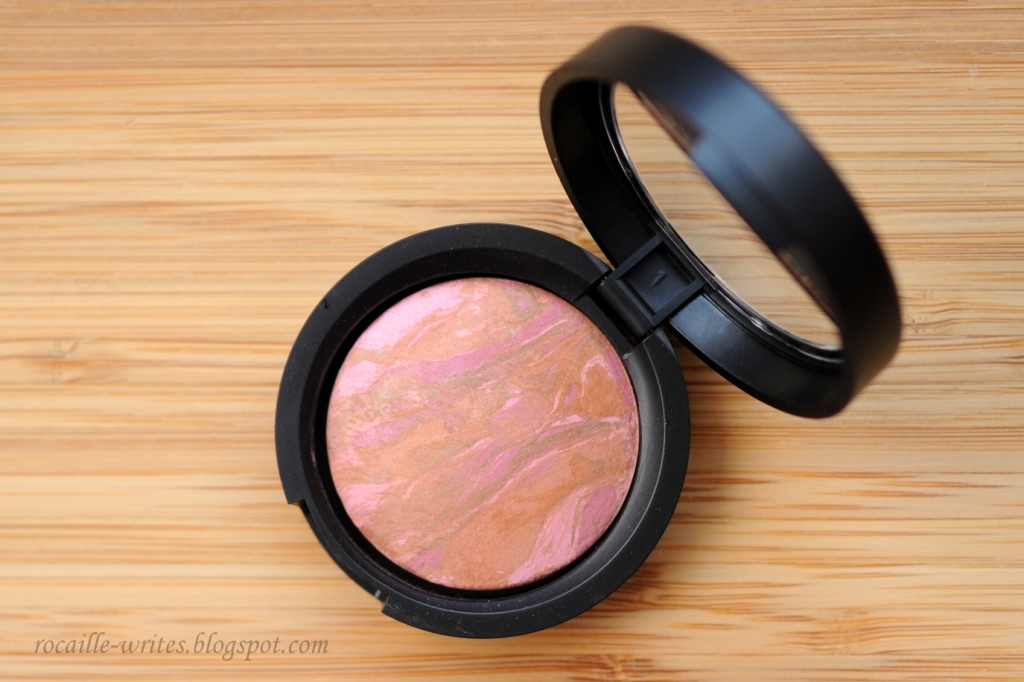 This Blush-n-Brighten in Boysenberry is an adorable mini I scored with a Beauty.com order. I've previously owned another shade of Laura Geller's Blush-n-Brighten, called Apricot Berry (is that a fruit as well? Some photos of that shade here and here), which I purged last year because of its similarity to a diferent blush I own; but I did enjoy the formula of the Blush-n-Brighten a lot, so I was happy to give another shade a go. 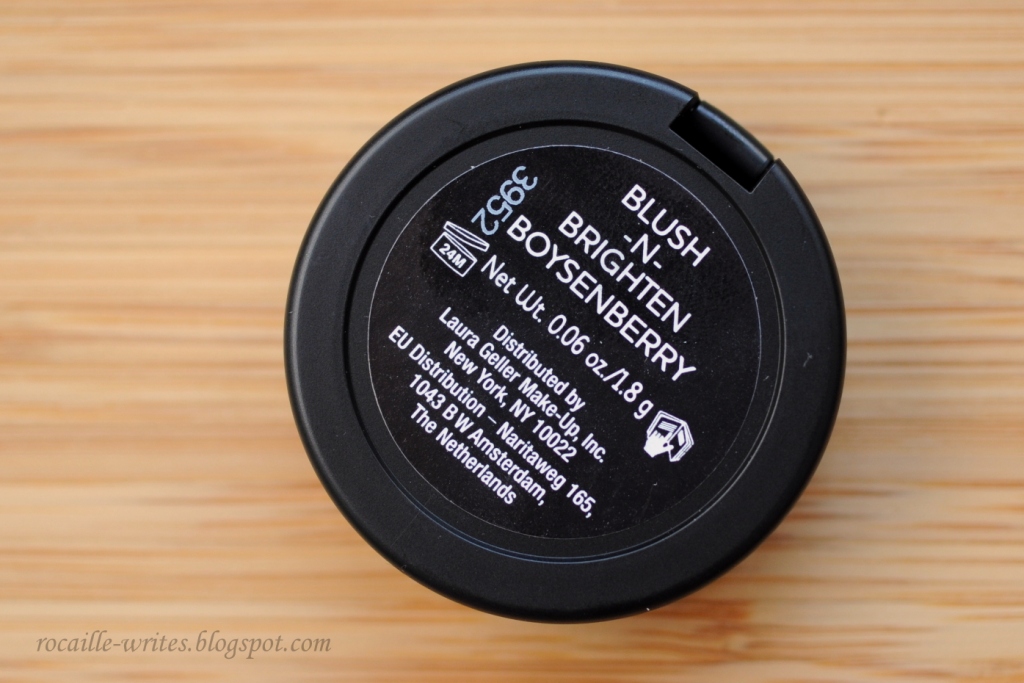 As you can see, this baked blush looks mighty interesting in the compact: there are marbelized veins of reddish brown, cool taupe, deeper berry and light pink. There are no shimmer particles visible, unlike the golden swirls in my Milani Baked Blush in Berry Amore. Boysenberry is, in fact, a smooth matte blush, and a very pigmented one at that - one swipe of my Hakuhodo cheek brush is enough to doll up a cheek. The matte formula of Boyseberry is creamy, not powdery, blends well, and lasts without fault throughout the day. 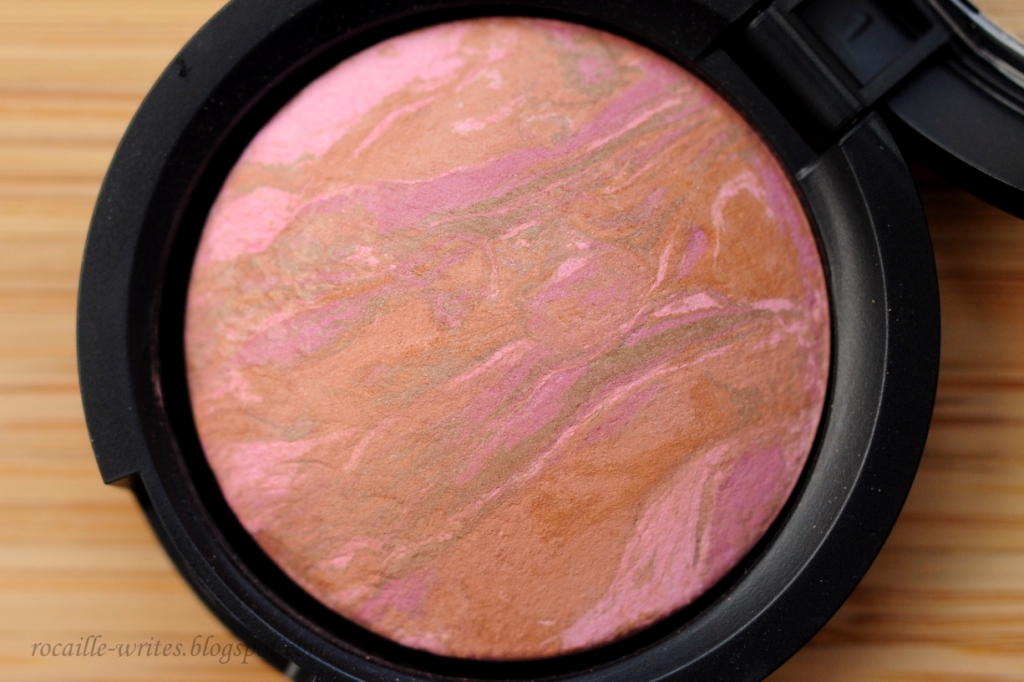 Are you already biting your fingernails in anticipation of the swatches? Well, I kind of gave it away in the title, because the way Boysenberry swatches on the skin is nothing like it looks in the pan. It's a red ochre shade, or a burnt orange - warm, earthy, with a tinge of brown. I tried swirling my fingers through the pink parts on the edges of the pan, but nope, there are no hints of coolness, no pink to be found. 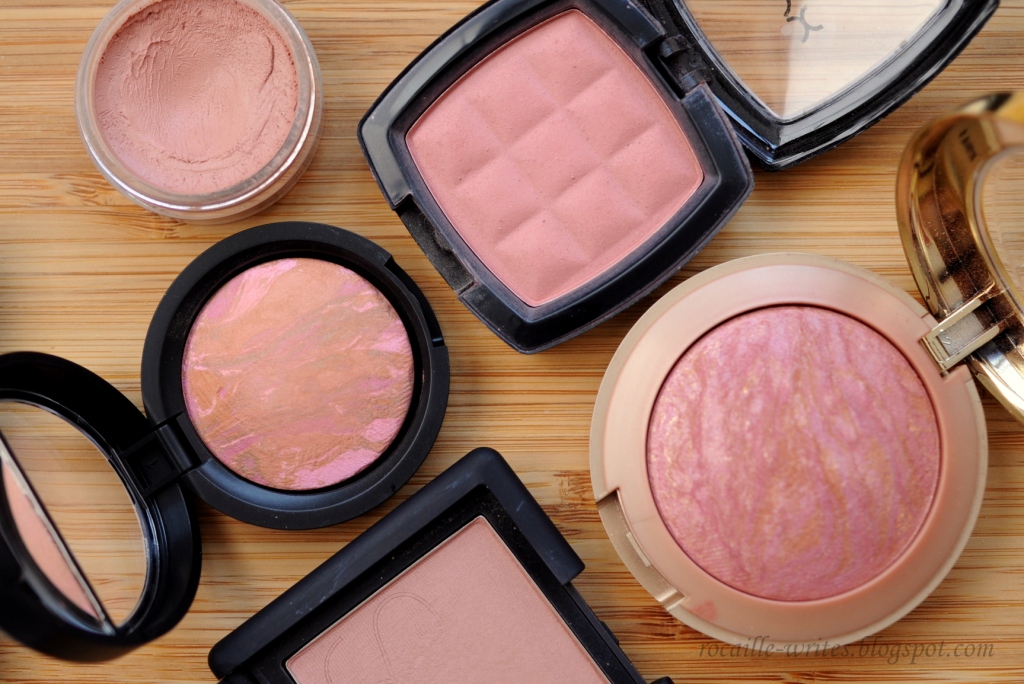 Boysenberry is the warmest and most orange of my neutral blushes; Inglot Cream Blush no. 86 comes the closest but has more red tones, as does Milani Berry Amore, which is the only shimmery blush in this line-up. NYX Mauve leans the most cool/pink (mind you, on my cheeks it's still a warm neutral shade), while NARS Douceur has more muted brown and red tones than Boysenberry. 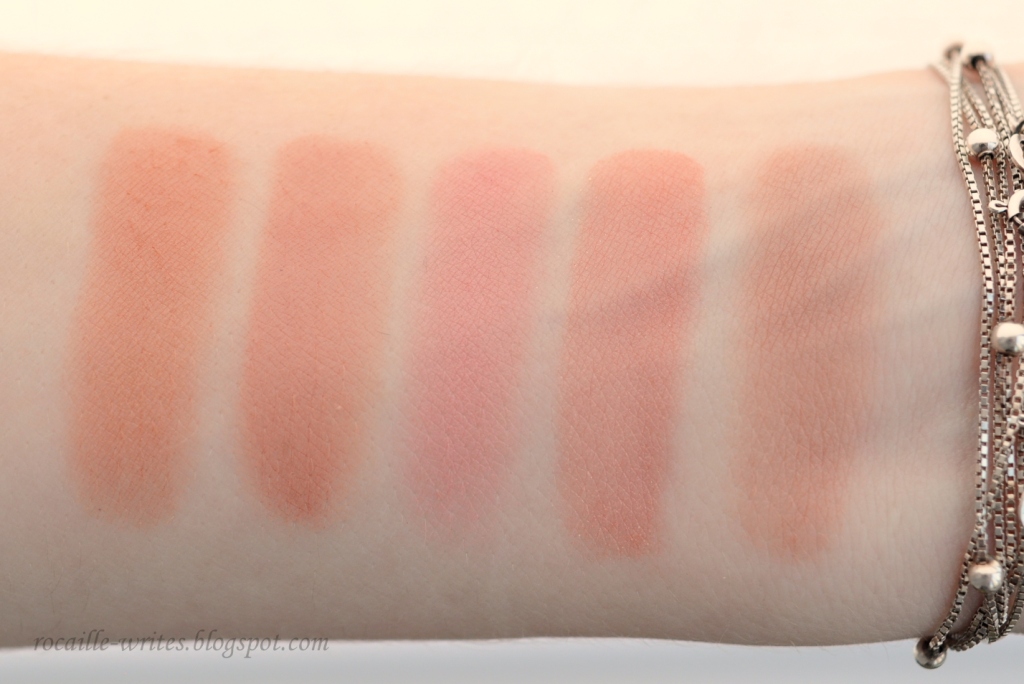 I'm going to freely admit that at first, I was quite disappointed at how orange Boysenberry swatched on my fingers - I was hoping for more of my typical peachy pink business. But after wearing it on the cheeks, I'm quire happy with this red ochre shade, especially for summer wear: it perks up and warms up the skin, giving me more of an outdoorsy sunburnt look and less that of a delicate porcelain doll. It's definitely somewhat unusual, and borderline clashy - and I'm cool with that. 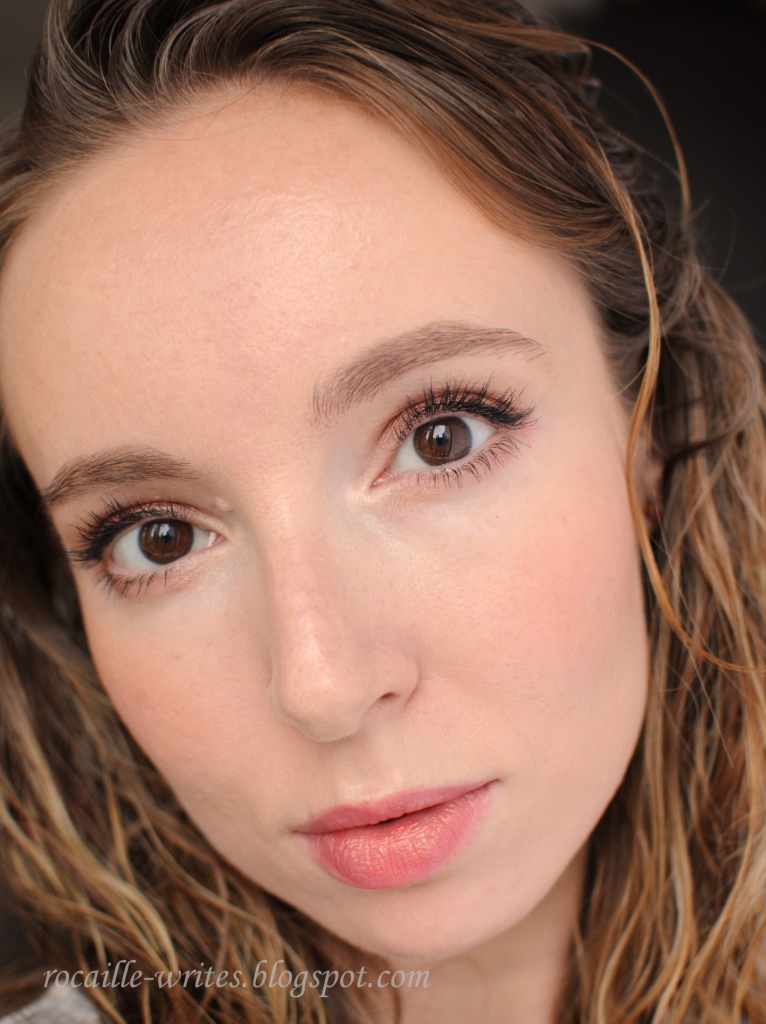 Have you recently discovered any unusual blush shades that work well with your skintone? What are your favorite warm neutral blushes for the summer?
Posted by Monika @ RocailleWrites at 10:19 AM