I'm generally NOT a very on-trend person, be it fashion or beauty. I like what I like, and if it happens to be trendy, so be it - and if not... *shrugs*. Because of that, I mostly view the whole 'Pantone Color of the Year' thing as another marketing ploy, and I get a good laugh out of conflicting opinions on which product is marsala and which one is not. From what I've seen online so far, Sephora isn't very clear on the idea either, selecting both rosy mauve as well as rusty red shades for their marsala picks. The whole conundrum makes me want to visit a store just to be able to drill an innocent sales associate with 'Is this marsala?', 'Is this?!', 'Is deez?!' while pointing at half of the products on display. I won't though - I'm also generally a NICE person. 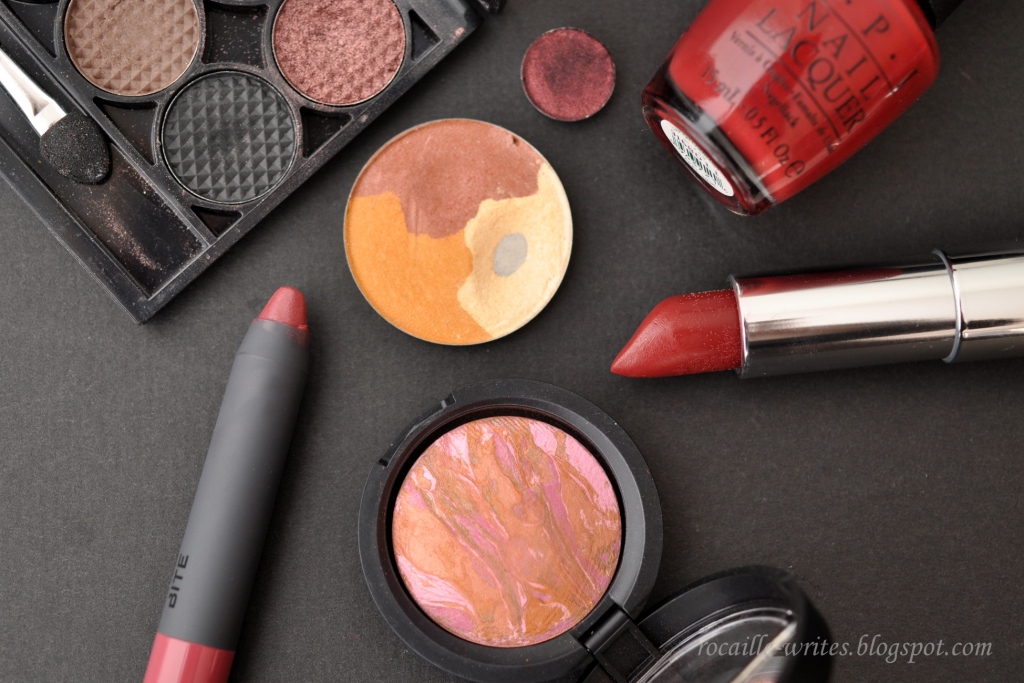 Either way, let's just treat the Color of the Year trend as another excuse to rummage through the existing stash and come up with stuff that hasn't been touched in a while - I don't often gravitate towards warm earthy red shades because they're not very complimentary on my cool skintone. But still - I found quite a few options. You will notice that my product picks are not all the same shade; I just took the marsala trend more as an inspiration than a canon law. 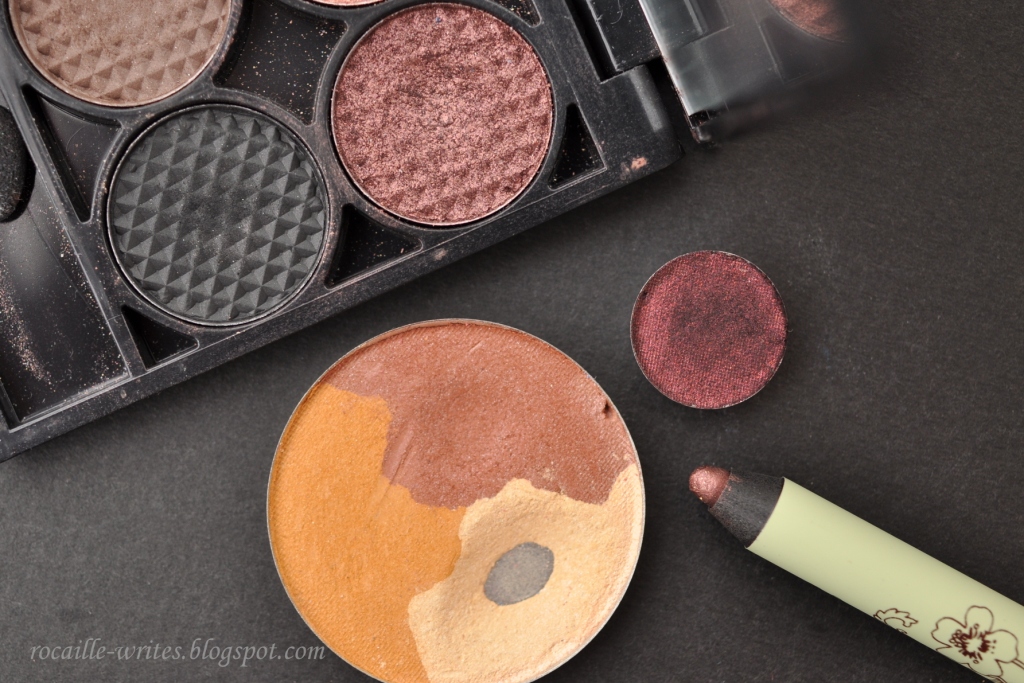 Starting with eye make-up, it was quite challenging to find eyeshadows in my stash leaning not burgundy purple but more rusty wine instead. I'm guessing something like MAC Cranberry would be a nice pick, but I don't own that - I have this deeply rooted fear of crazy red rabbit eyes when reaching for reddish eyeshadow. Unsurprisingly, two of my picks are parts of bigger sets: the anonymous shimmery plummy red in the Sleek Storm palette and satin rusty brown in a very old Inglot trio (no shade name - no idea if they even make this anymore, it's that old). Fyrinnae eyeshadow in Purgatory would be a black-based version of an earthy wine, and the pinky brown tones of Pixi Endless Silky Eye Pen in Copper Glow also seemed marsala-appropriate to me.

When it comes to lips, I deemed Maybelline Color Sensational Lipstick in Plum Perfect the most accurate marsala pick in my stash - previously featured here. For a more subdued daytime marsala lip, I also chose Bite Beauty High Pigment Lip Pencil in Rhubarb (a browny mauve), and Make Up For Ever Rouge Artist Natural in N9 (a reddish brown neutral), which was part of the Sephora Beauty Insider Birthday Gift last year. I don't reach for any of these lipsticks very often because it's a bit too much brown for my taste, but I know they look beautiful and natural on warmer skintones. 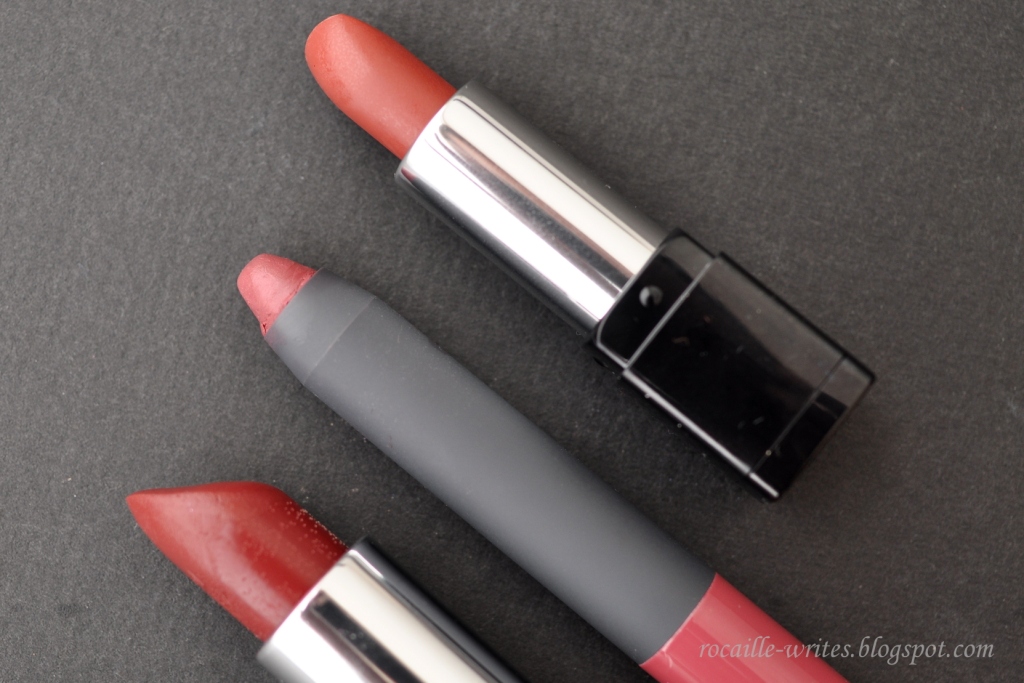 Lastly, a gorgeous nail polish pick: OPI Nail Lacquer in Lost on Lombard from the San Francisco collection, previously swatched here. While this is a warm shade with some brown undertones, there's still enough red in it to compliment even my pasty white hands. I'm also cheating a bit by including a rather color-inaccurate blush, the Laura Geller Blush-n-Brighten in Boysenberry, reviewed separately here. It doesn't have enough depth to be considered marsala, but it has that earthy ochre quality, so I think it pairs nicely with reddish browns on eyes and lips. 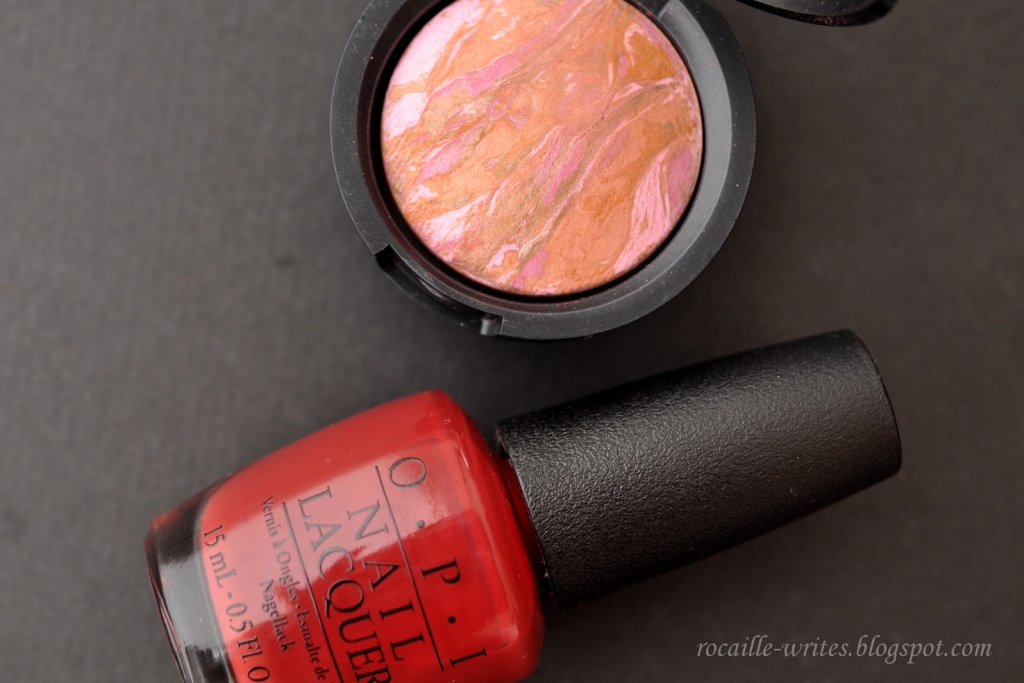 My next post will feature these products in action on the face, so stay tuned if you're curious about how clashy they look on a porcelain skintone, har har. Tell me, do you get sucked in by Sephora's Color of the Year marketing and buy marsala everything, or do you pick out products from your existing collection? Or maybe you just don't care?
Posted by Unknown at 9:40 AM