What I've Learnt About Myself Through Decluttering My Make-up Stash

After my last post in the Capsule Collection series, where I talked about my lifelong habit of saving my favorite things for later and trudging through blahs in the meantime, some of you lovely people suggested that maybe I just shouldn't use (and own) those mediocre products, full stop. I can't lie, it's a valid point - so it prompted me to do another make-up and nail polish purge. But this time, I thought that instead of just documenting the stuff I'm getting rid of, I'll try to actually learn something about my product preferences in the process, so I may hopefully avoid poor purchasing decisions in the future. Here's what I've found out: 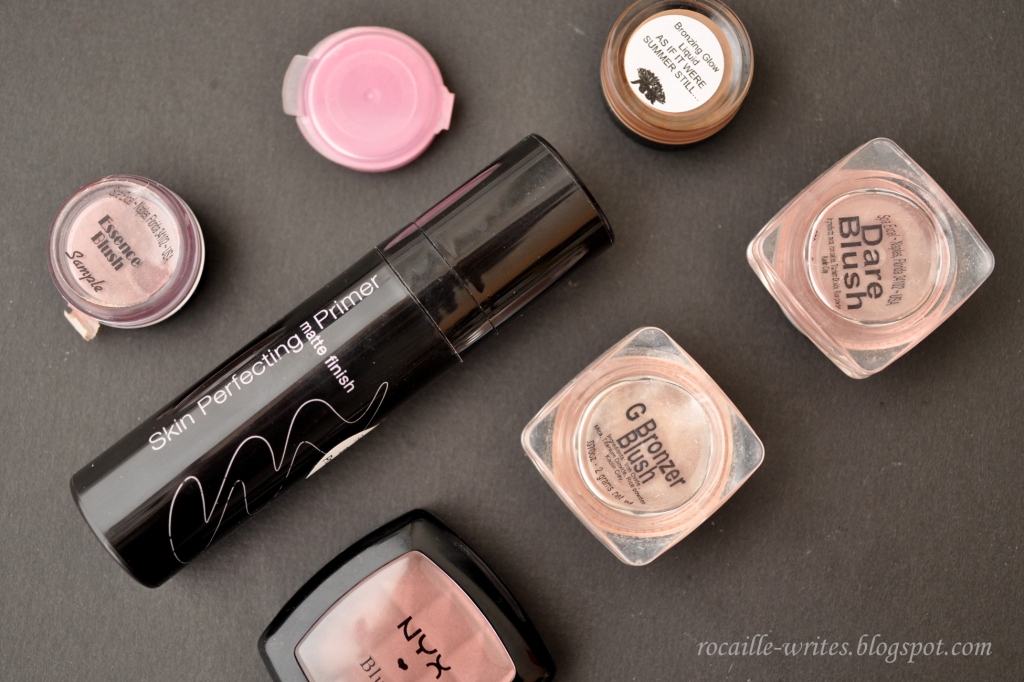 As a sweeping generalisation, I have a hard time getting rid of 'so-so' products - you know, the ones that don't suck really bad, but don't do if for you either - like this Murad Skin Perfecting Primer in the Matte Finish, but pretty much all of the things shown in this post fall in that category. Another important lesson: I don't use loose mineral products for cheeks or eyes (but I do make an exception for loose face powders or foundations). If it's in a messy little pot and I haven't yet been bothered to press it, it needs to go, as exemplified by the miscellaneous Coastal Scents blushes in the photo above - I actually used them a lot when I first got them, but they haven't been touched in 2 years probably! 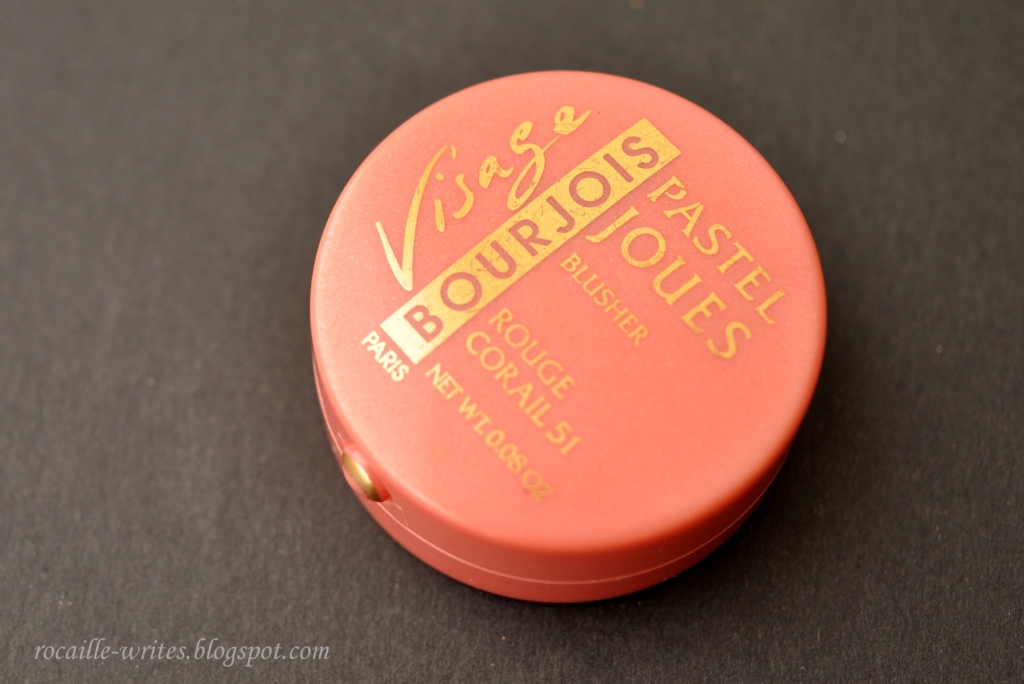 The next lesson covers my shade selections: I don't look good in pigmented plummy blushes (NYX Powder Blush in Raisin). My skin has enough of a cool almost purpley undertone, so anything leaning plum/ purple makes me look a bit bruised. I also don't use or look good in warm bronze shades, which is why I'll be passing on my untouched sample of the Rouge Bunny Rouge Bronzing Glow Liquid. 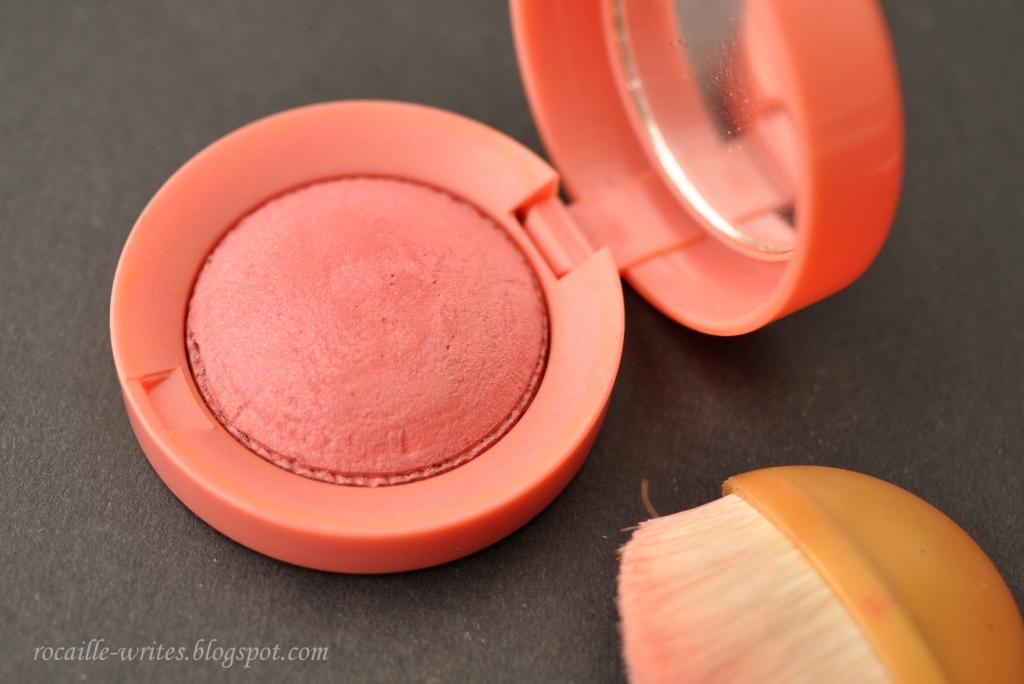 Staying on the topic of cheek products, I haven't been able to part with this Bourjois Pastel Joues Blusher in Rouge Corail for years, even though I'm afraid to actually put it on my face. I stole this blush from my mom years ago, who purchased it in Paris even longer ago - I want to say this blush is now 16 years old? I was keeping it for sentimental reasons: it's the first blush I ever owned, and it came from my mom, and it had that delightful old school make-up scent... But I figured that if I wasn't able to wear it (because it was just too old for my tolerance levels, not because the formula changed), I should let it go, and that my photos are enough to convey the memory of this product forever without it taking space in my collection. 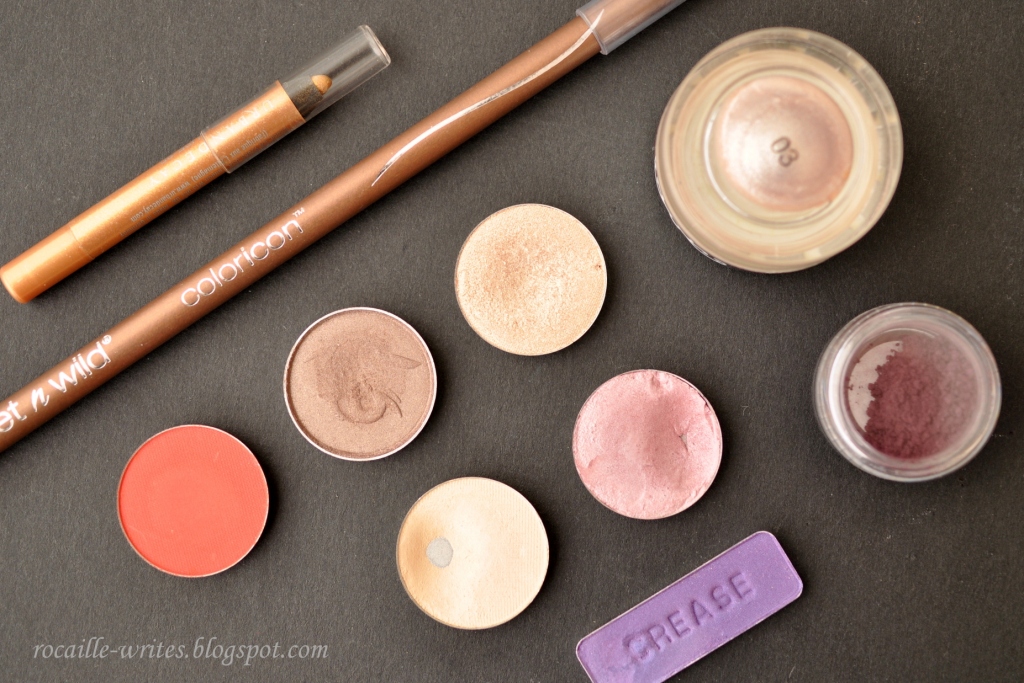 Now for the eyes: again with the warm gold and bronze tones (also... red eyeshadow?!), they just don't look right on my cool-toned skin (Urban Decay 24/7 Glide On Pencil in Eldorado, Wet n'Wild Khol in Bronze, a shimmery gold eyeshadow from Inglot) and I don't use loose mineral eyeshadows (Fyrinnae Kapir). There's also no sense in keeping eyeshadow dupes in an inferior formula (Annabelle Vanilla Chilla, a purple Wet n'Wild shade from one of the trios) - when am I ever going to reach for them? Certainly not when I finally use up the better eyeshadow these are dupes of, because... I never finish any eyeshadows.

I also need to remember that both cream eyeshadows and eyeliner pencils do dry out - so I shouldn't be stockpiling multiple shades. Ideally, I should only have as many on the go as I am able to use up within a year to two. Older than that, they become hard, stiff and difficult to apply. I'll be working on downsizing my eyeliner and cream eyeshadow collection further this year. 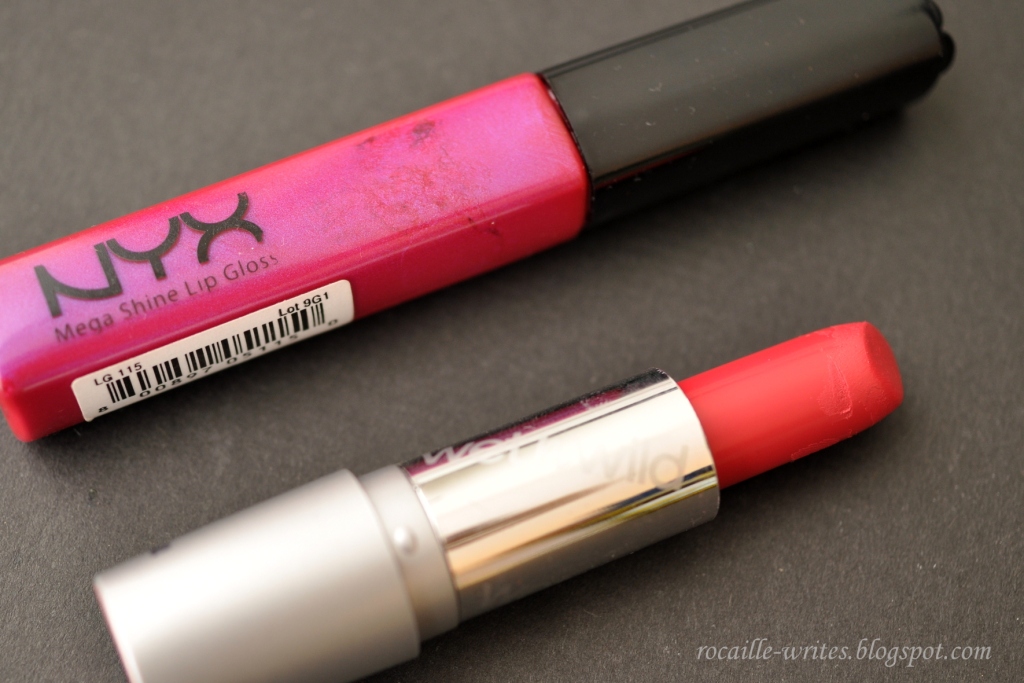 As for lip products - again with the dupable shades in an inferior formula (Wet n'Wild lipstick in Hot Paris Pink is nearly identical to my beloved Maybelline Color Sensational in First Class Fuschia), I'm just not going to get to them before they expire, so may as well let someone else enjoy them. As for lip glosses, my goal is to only keep a few around as I wear them much less often than lipsticks. My gloss preferences are as follows: I don't like lip glosses in pots where you have to dip your fingers in, I generally prefer no shimmer or glitter in my glosses unless it's undetectable on the lips, and I don't wear pigmented glosses in bold shades (NYX Mega Shine in African Queen) - they're just too messy. 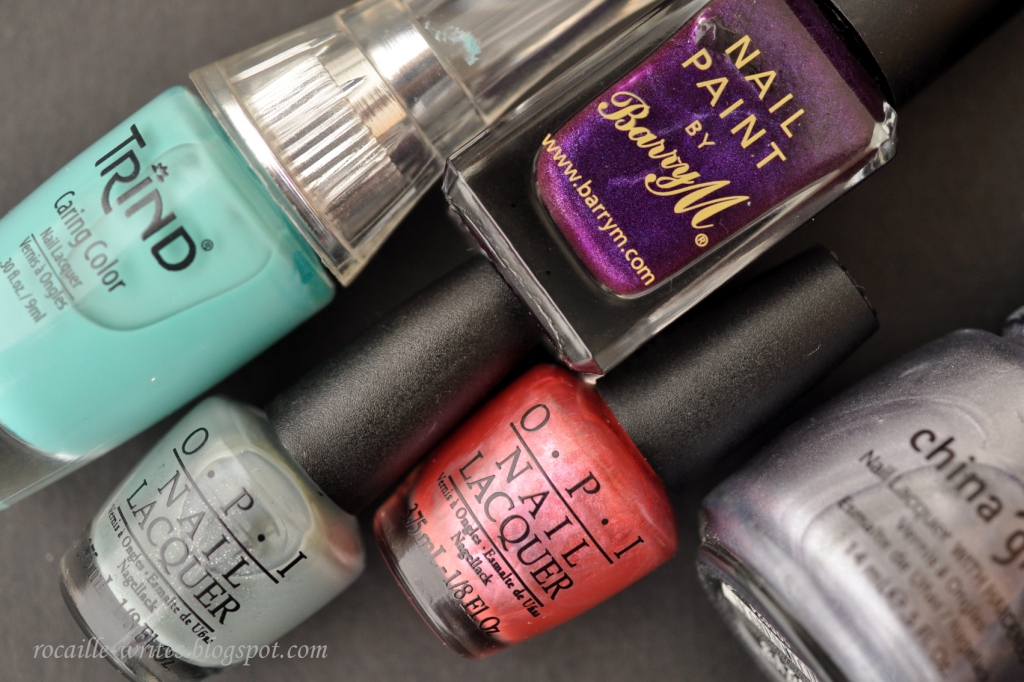 Lastly, not too many lessons glimpsed through decluttering my nail polish stash - just again not to keep multiples of the same shade around, and that buying nail polish in little sets is a tricky business, because there's usually a shade or two in there that I don't like. For the same reason, I'm generally against beauty subscription services - you'll always end up with lots of minis that you have no idea what to do with, and they accumulate so fast; I still have my Birchbox samples that I received three years ago! I'd much rather save the money I would be spending on a subscription and just splurge on one full size product of my own choosing that I really want to try.

I've also realized, mostly through using up my make-up primer and perfume samples, that I tend to use very, very little product in one application. A 1 ml primer foil packet lasts me about 2 weeks, meaning that a standard 1 ounce/ 30 ml primer tube would be lasting me over a year of everyday usage, and I don't wear make-up every day; I'm sure the same applies to foundation for me. If I can only finish at most 1 bottle of foundation and primer in a year, I don't think I should be keeping more than two on hand at any given time. I don't know how realistic that is - I love trying new foundations, and I like to have different shade and finish options; but maybe having three would be an achievable middle ground? Either way, I need to keep in mind how slowly I go through my make-up products.

That's about it for now; it's amazing how many things you learn about yourself when you analyze your habits. Looking at my little list of preferences, I'm able to squash some lemmings in the bud: no Colour Pop eyeshadows until I use up some (at least two or three!) of my creams, none of these new liquid lipstick thingies from Anastasia or NYX because they're just too high maintenance! Do you also try to reason with yourself in a similar way when new products are being released? Have you observed that you now know more about your personal tastes than when you first started collecting make-up?
Posted by Unknown at 10:15 AM