Capsule Collection: How to Make the Most of Your Make-up Stash

I haven't mentioned this anywhere (mostly to avoid making it official), but I'm on a no buy this month; and similarly, I only bought one puny make-up product last month. I've been really focusing on what I already have instead, and trying to make some progress on my new Project Make A Dent 2015. I've been pretty happy channeling minimalist vibes lately, and experimenting with maximizing some of my favorite products - and so I've come up with some general tips on how to make the most out of your existing make-up stash, also known as 'how to use the same products again and again without getting bored out of your mind'. 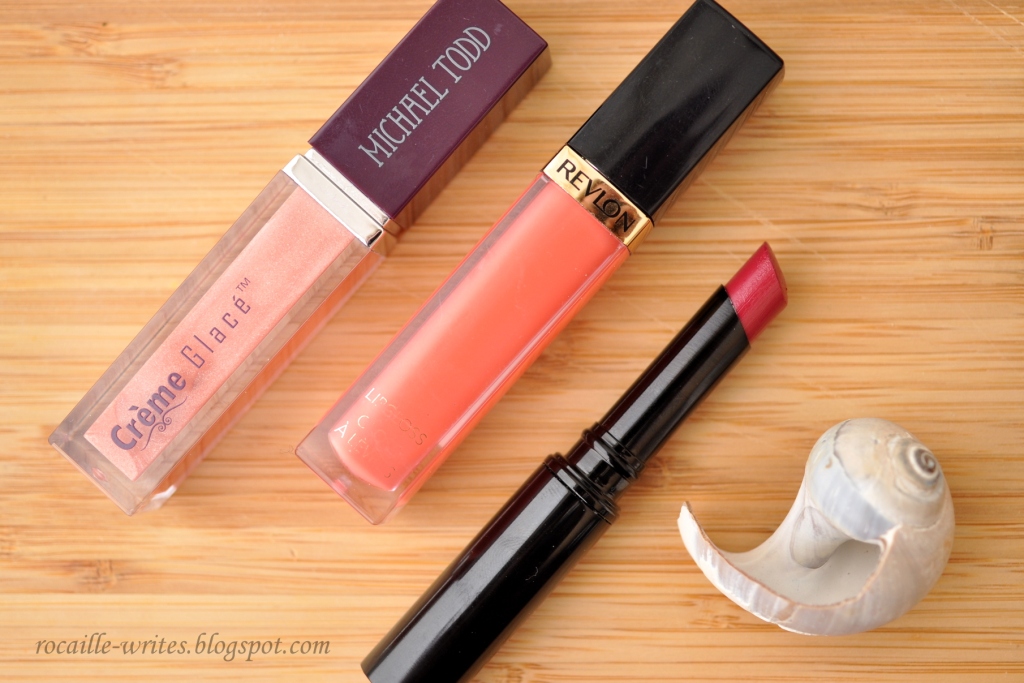 I'll be illustrating my ideas with some face shots, in which I'm wearing the lip products from my Project Make A Dent line-up, just to show you different ways I've been using them and to hopefully inspire you to try something new with your products, regardless of whether you're trying to hit pan or just have fun with what you own. I've included some quick swatches of the three products I'm using so you could see how they change depending on the application method:
1. Experiment with using different tools. The easiest example here is foundation, which can look completely different depending on how you  apply it: with your fingers, a brush, a damp Beautyblender. Case in point: Face Atelier Ultra Foundation, the base I'm currently trying to use up, has a lot more coverage and a more matte finish when used with a RealTechniques buffing brush compared to when I use it with my damp sponge, which sheers it out and makes it look more dewy. But you could also apply this principle to products like pencil eyeliner (a neat line against the lashline, smudged out with a pencil brush, winged out using an angled liner brush) or your lip products (a lipstick applied straight from the bullet, or using a lip brush, or just patted on with a finger - like the Inglot no. 58 in the photo below). 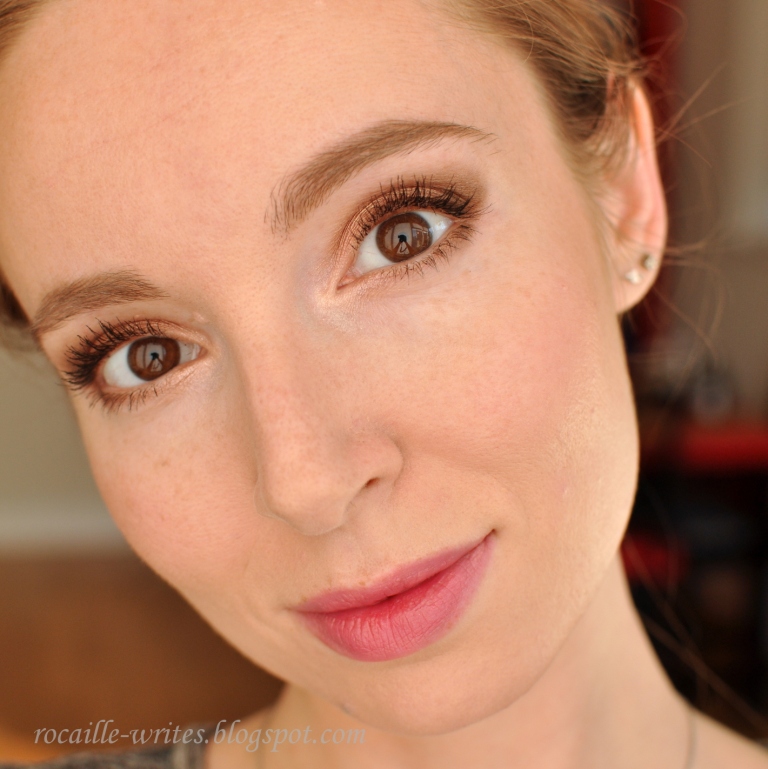 2. Try layering your products. I think this one is the most obvious, but I've noticed that I often forget about this simple idea when I get stuck in a rut of wearing a given product one way; for example, I only used to wear Revlon Superlustrous Lipgloss in Coral Reef on its own, but it's actually very pretty on top of pink lipsticks (in the photo, layered over a thin layer of Inglot no. 58). 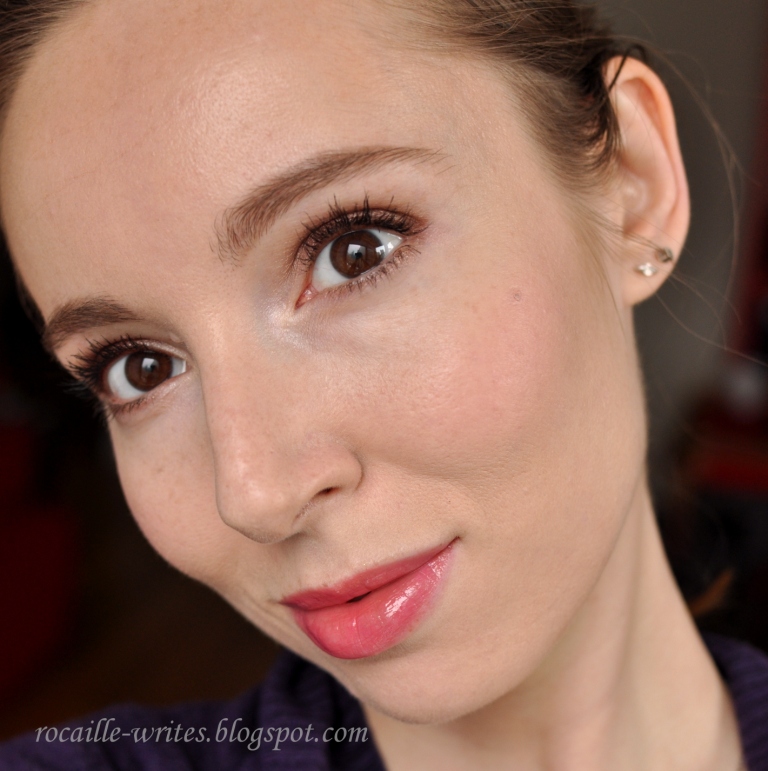 You can layer your lipsticks not only with glosses but also lip pencils (in the photo below, Inglot no. 58 worn over NYX Lip liner in Deep Purple), sandwich foundations between primers, powders and even setting mists, blend powder eyeshadows over creams, and then top with glitter for more dimension. I find that layering can also be a saving grace for items that start out as fails, like maybe a liquid foundation that just won't last except for when paired with a primer, or a mascara that looks like nothing on but can be used as the first separating coat before a more dramatic formula. 3. In a similar vein, give mixing products a go. Again, mixing foundations is a prime example here: you could combine two different liquids when you're not entirely satisfied with the shade match/ finish/ lasting power, or even try mixing foundation with moisturizer or primer. You could also try to mix eyeshadow pigments, or different lip glosses - sky is the limit.

4. Have fun with different techniques and placements. By placement, I mean different shapes and areas of applying product to your face - I find that tutorials from Japanese beauty mags, like the ones Driveller Kate and Claire used to blog about, are the best source of placement inspiration for me. Like, who knew you could apply blush to your cheeks according to the letters of the alphabet! But if you're not that adventurous, I think eyes are the easiest feature to play up while experimenting with placements: a horizontal smokey eye from the lashline up, a traditional Western smokey eye with the darker outer corner, cut crease, defined inner crease, winged eyeliner in a multiple of shapes, tightlining and lining the waterline, smudging out and or extending the lower lashline, highlighting the inner corners in various ways. Recently, I've also been really into subtle gradient/ ombre lips, like in the photo below, where I used the tiniest dab of Inglot no. 58 in the centre of the lips and blended it out with the Michael Todd Creme Glace Lipgloss in Natural: 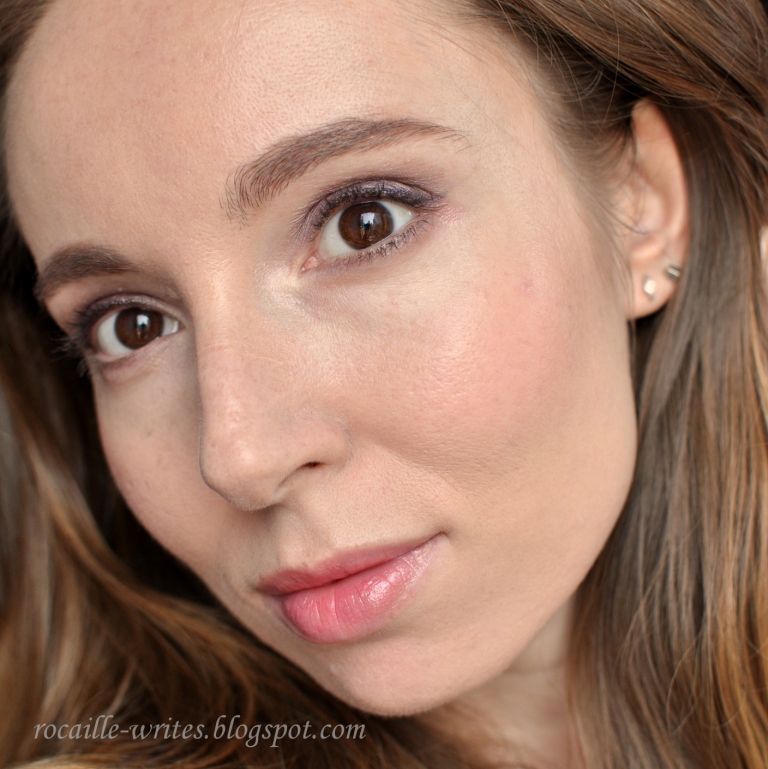 5. Learn to multipurpose your products. We've all heard of using lipstick as cream blush, but maybe there are other ways you haven't thought about? I frequently use a cool brown eyeshadow as a brow powder, dab cheek highlighters to brighten up the inner corners of my eyes, define my crease with a bronzer, or use my NARS Radiant Creamy Concealer as an eye primer. I've even tried using my Project MAD pencil eyeliners as cream eyeshadow bases but alas, they're not really suited to that task. At any rate, it's fun to see what you can think of just to shake things up! 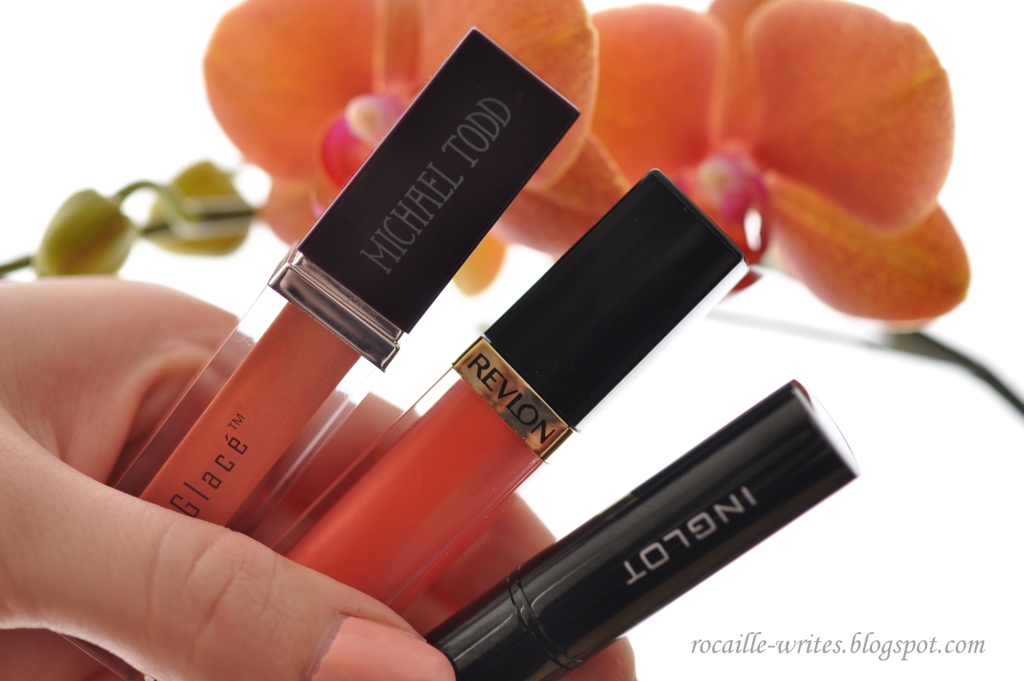 Do you guys like experimenting with different ways of using the products in your stash, or is it something not really worth the effort in your opinion? I generally enjoy playing around with what I have, but when I'm pressed for time, I usually just take the road most traveled. What are your top tips for maximizing your collection, or best ideas on using things up? I'd love to know!
Posted by Unknown at 10:00 AM