Wondering what I was up to when I wasn't posting?
Me and hubs went for a goodbye trip to the east of Canada. I'm saying 'goodbye' here because in fact we are no longer Vancouverites; as some of you know, I've had to go back to Warsaw to study, and hubs, after a day of frantic packing, has just moved to the Seattle area. We will miss Canada a lot and make sure to visit often - fortunately, Seattle is only some 3 hours drive away from Van City!
Anyway, about the trip... Our first stop was Toronto and Niagara Falls, and then we headed to Quebec City to see Le Vieux Quebec and Hotel de Glace (Ice Hotel) nearby. It was freezing cold the whole week, but it was worth it! See for yourselves. 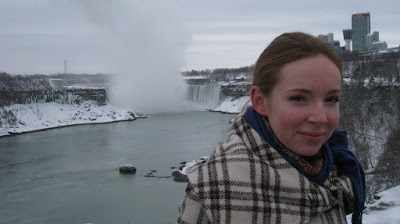 Look at the steam! It looks like factory fumes to me... 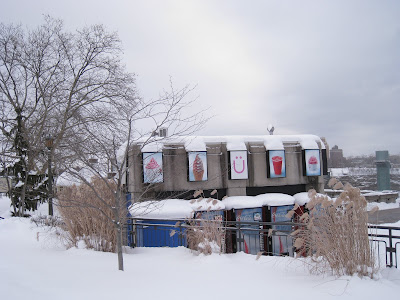 Surprisingly, ice cream vending machines were not in great demand... 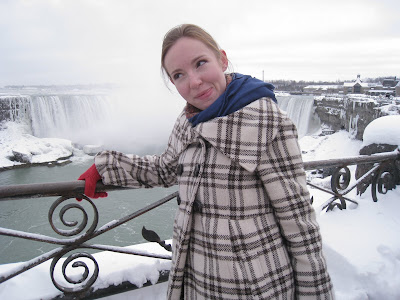 Not sure what I was thinking here... 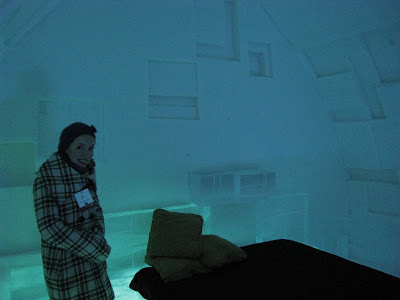 Ice Hotel! Somehow an idea of sleeping on a bed of ice didn't seem very appealing? 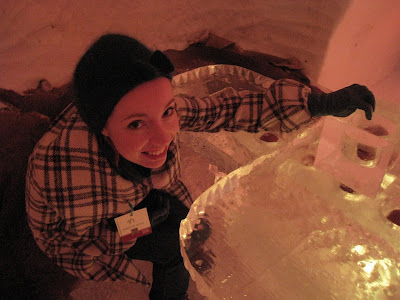 But the bar was cool! 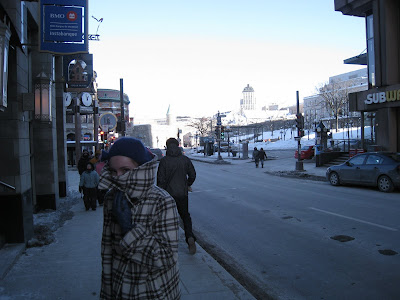 In Quebec, a high collar is definitely a must. 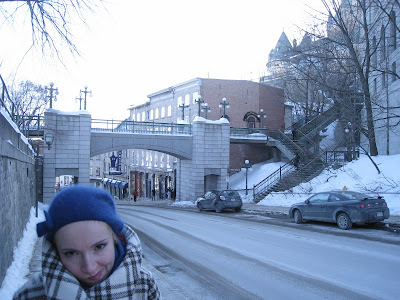 Not so happy about the temperature (-17 Celsius, to be precise). 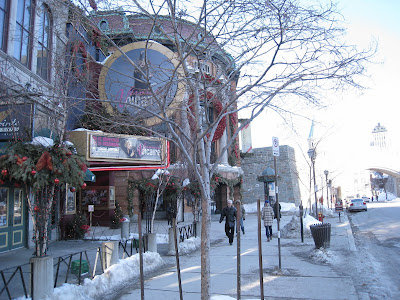 I think the Christmas decorations in the Old Town were the most beautiful I've ever seen! 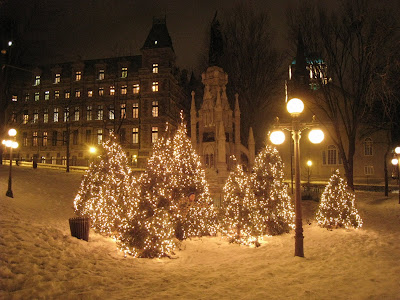