Time for the first progress check on my Project Make A Dent! 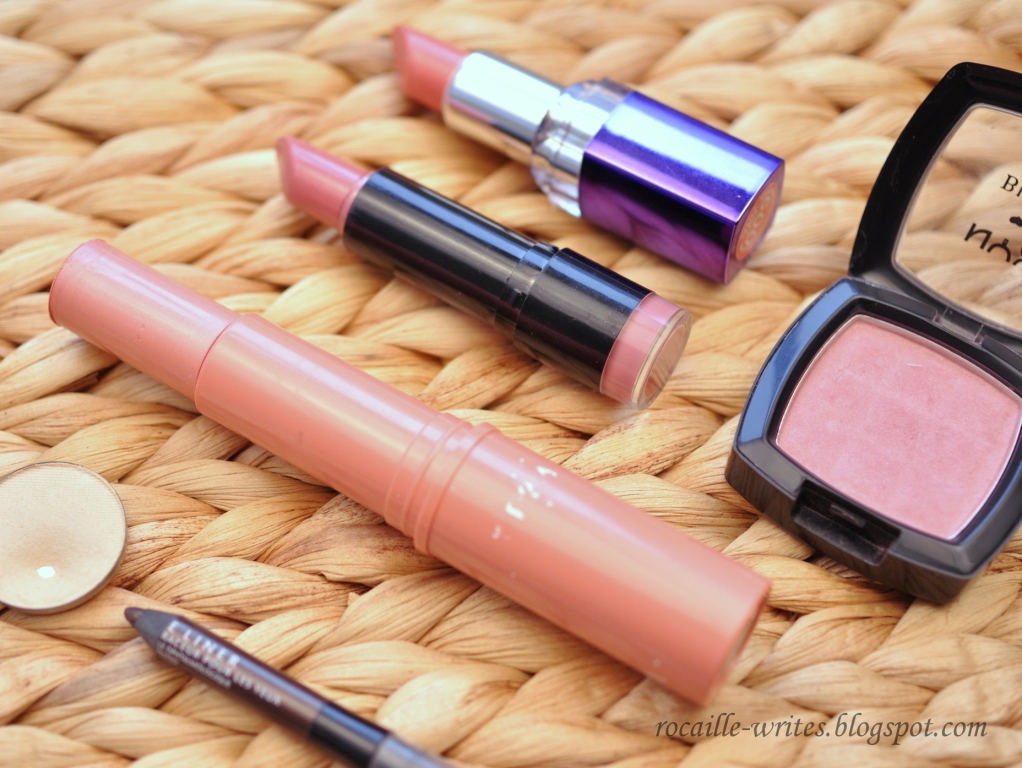 If you haven't heard about it yet, it's an idea originated by Lola at Lola's Secret Beauty Blog of challenging yourself to make a concentrated effort to use up or at least make a dent in certain make-up products you've selected from your collection - but not at the exclusion of using other items. Here's how I'm doing at the end of the first quarter of 2014: 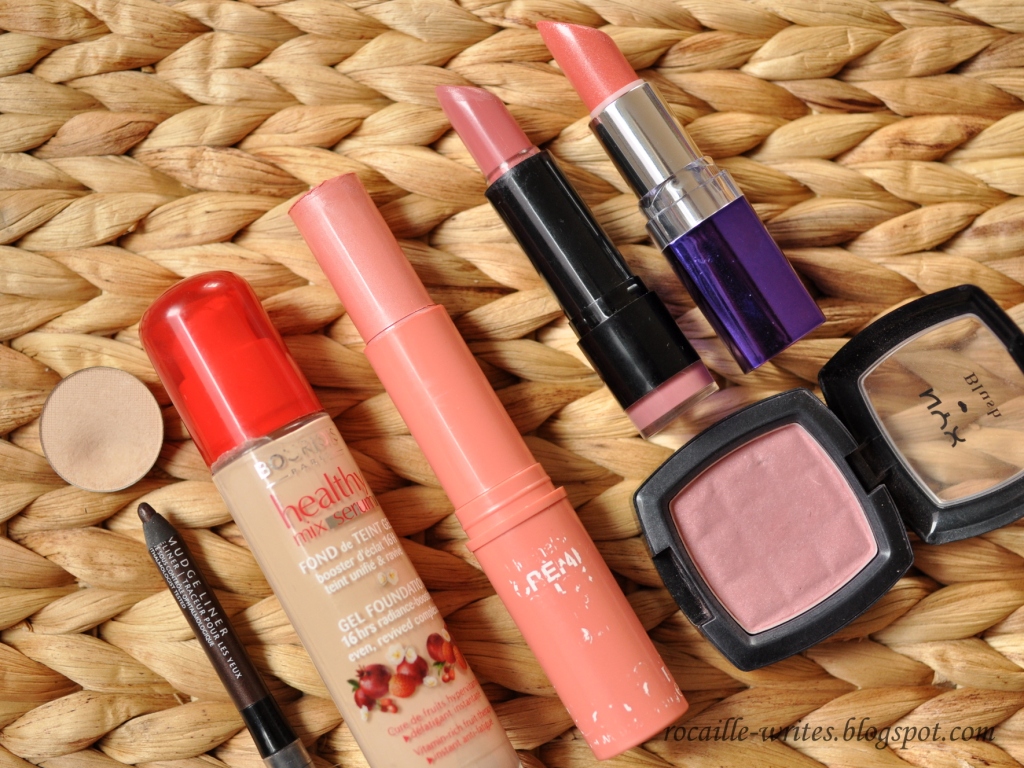 The photo above shows the usage on my chosen products when I joined the challenge. The photo below shows how much I've used up since:
You can certainly see quite a bit of usage on the Annabelle eyeliner pencil, and some progress on the two lipsticks. Also... can you see that tiny bit of pan winking at you from the Annabelle eyeshadow?! I know, very exciting. There isn't much observable progress on the blushes though - I was using both quite a bit but I think with blushes the progress is going to be rather slow. And before you get too excited, Bourjois Healthy Mix Serum foundation isn't missing from the photo because it's all used up, but rather it was easier to show the usage in this shot here. I have less than 1/5 of the bottle to go! 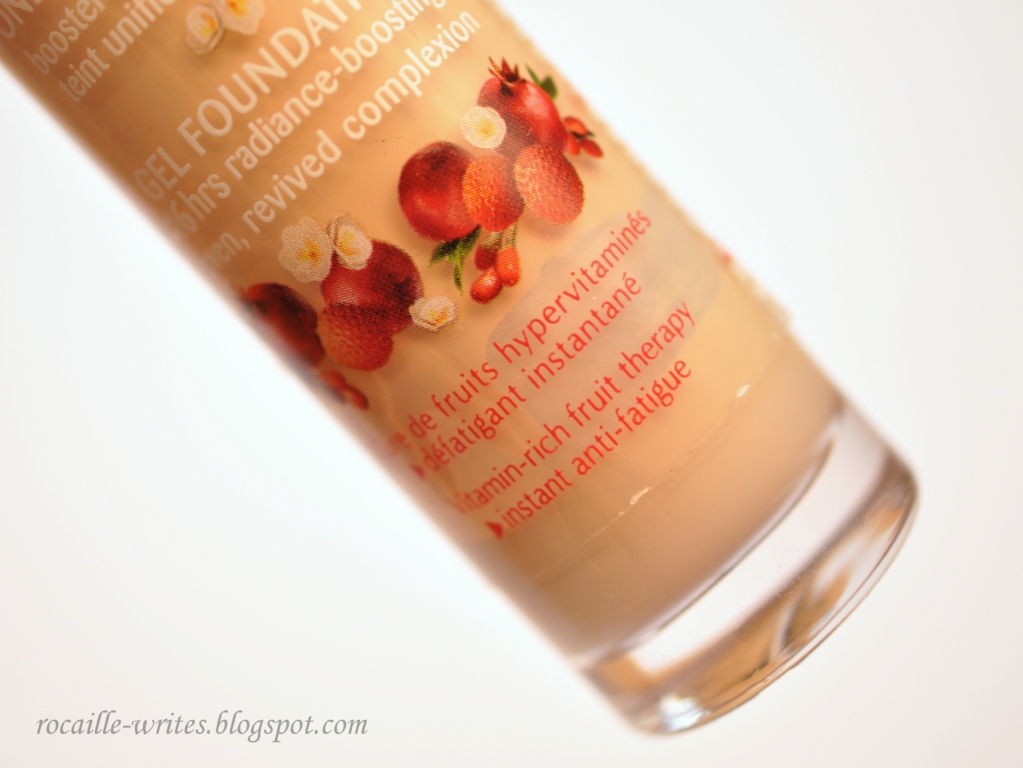 Overall, I think I'm doing all right - not amazingly well, but not terrible either. The part of the challenge I struggle with the most is trying to use my chosen products diligently, though without depriving myself of the rest of my make-up collection. I don't wear make-up every day, so making sure that I reach for the denting victims but still taking out other products for a spin is definitely hard - more so than I expected. Consequently, I can see a little bit of boredom creeping in, and I've been trying to remedy the feeling by mixing the project's products with some other items I own. I've been mixing two different shades of lipstick, layering eyeshadows, blending various foundations together... that way I'm still using things for the challenge, but I can change the shade depth and finish for more variety. 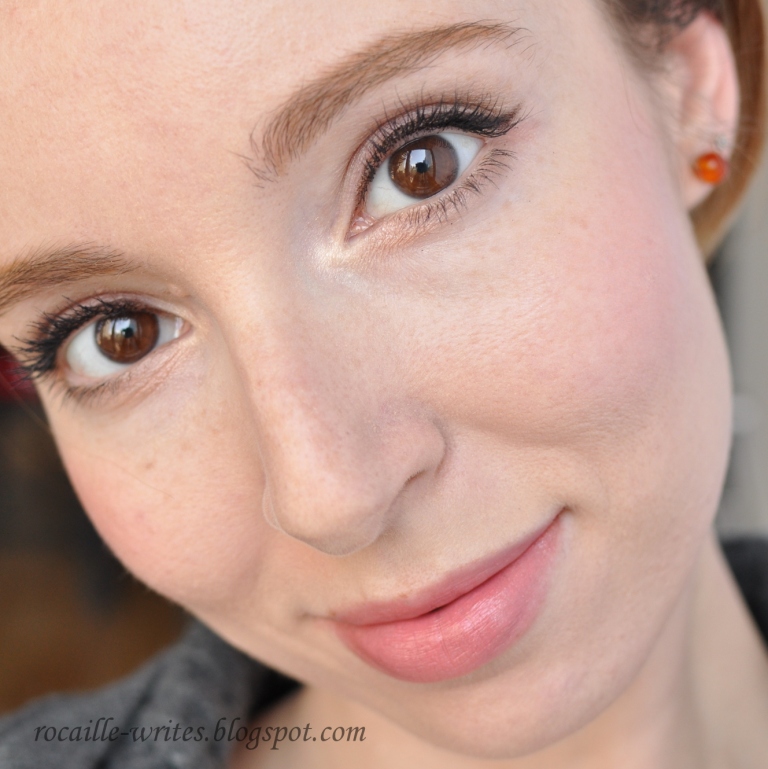 As a bonus, here's my everyday face using my chosen products. I've found that on its own, Bourjois Healthy Mix looks more even and doesn't cling to dry patches as much when used over a primer. I still think NYC Blushable Creme Stick in Plaza Pink is a fantastic, glowy, enlivening shade of blush for my skintone, and for the lips, I actually mixed the Rimmel's coral shade with the NYX Tea Rose.

What have been your most reached for products recently? And the ladies participating in Project Make A Dent, how are you doing?
Posted by Monika @ RocailleWrites at 7:18 AM