You know my regular reticence to buy into any sort of product hype? Yeah, I prefer to quietly wait for the bandwagon to pass, smell the roses, ponder things in my own time, and then maybe, MAYBE, pull the trigger. So when opportunity arose to snag some Pixi Endless Silky Eye Pens ($12 for 0.04 oz, or $18 for a set of 5 smaller pencils + sharpener) via Belly's blog sale and some poorly rationalized Asos order, I finally pulled. The trigger, that is. 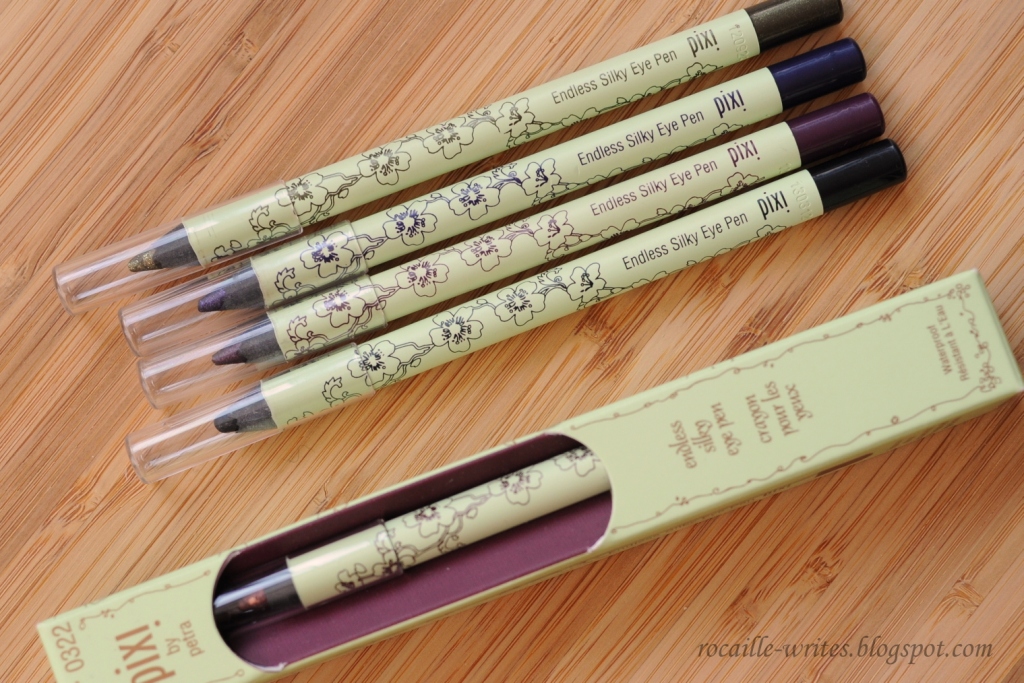 From the utterly unsuspenseful title of this post, you already know that I'm really, really liking these Pixi eye pencils (not pens!). So much so that I like them better than the Urban Decay 24/7 Glide-on liners, and better than the NYX Slide-ons. And I like them just as much, or maybe even a teeny, tiny bit more than the Sephora 12HR Wear Contour pencils - I don't know yet, the verdict is still out on that one. 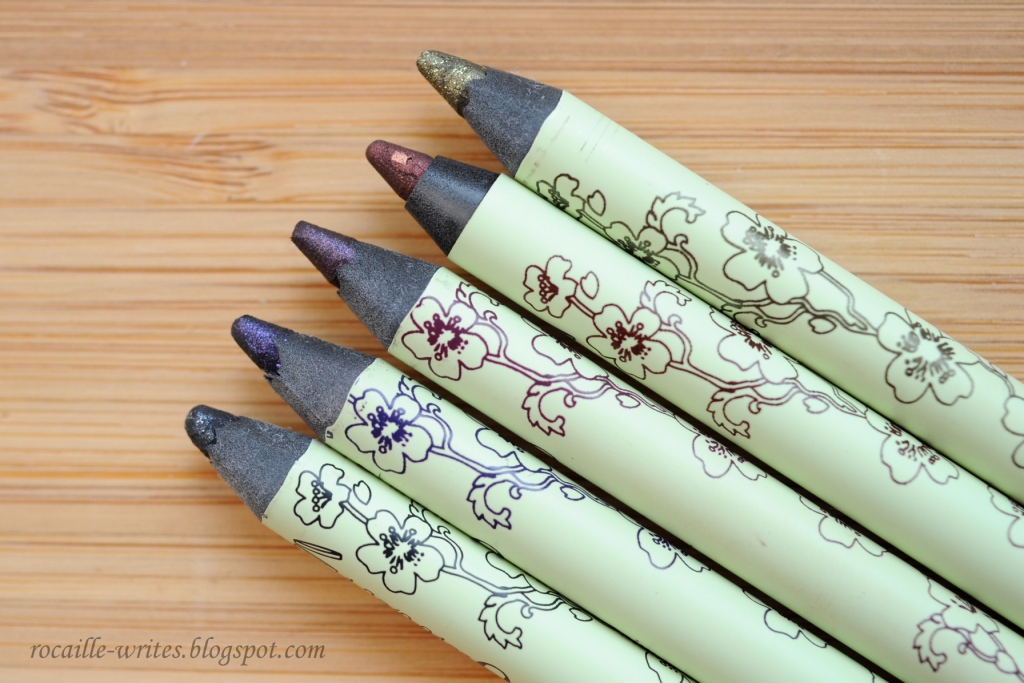 I hear you ask 'But Monika, what is so special about these boring old pencils?'. Weel, let me tell ye (not sure why this had to be said in a Scottish accent): apart from the pure awesomeness of the shades, they're unbelievably soft, creamy, pigmented and long-lasting. The brand also claims they're non-transfer and waterproof, giving the effect of liquid liner in a handy pencil form. I actually mostly use eyeliner pencils in lieu of liquid or gel liners ('cause, lazy), so I was excited about the level of pigmentation on these Endless Eye Pens; I find them more intense and opaque than the cult UD pencils and the NYX dupes of those. They do also wear like iron; I find that they can transfer a bit when applied in the waterline (sometimes they do, sometimes they don't) but otherwise there's no smudging, running or flaking. 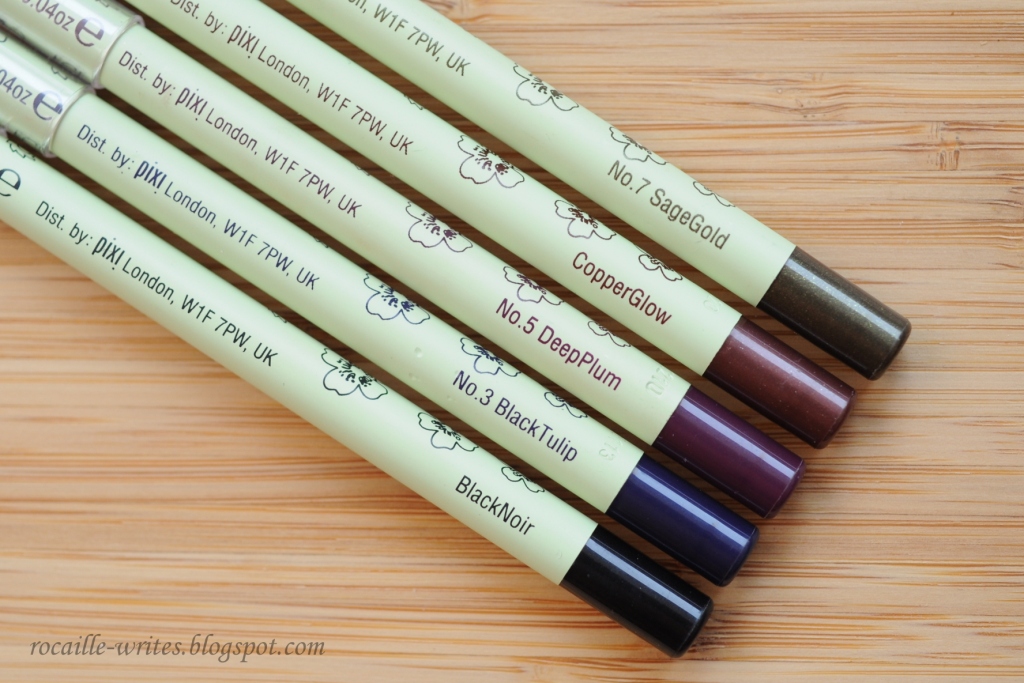 I have five shades now: Black Noir (pure matte black), Black Tulip (dark indigo pearl over a black base), Deep Plum (eggplant with very fine multidimensional shimmer, similar but more intense than Urban Decay Ransom), Copper Glow (reddish brown with gold micro glitter) and Sage Glow (golden olive with gold micro glitter). They're all equally smooth and creamy with the exception of Sage Glow, which is the most glittery shade - the consistency of that one seems a bit drier and not as intensely pigmented, but I remember from my UD liners that their glittery shades (like UD Gunmetal) suffered from a similar issue. That minor flaw aside, the glitter in Copper Glow and Sage Glow is small enough to give just a twinkle of light on the eyes, and stays put without migrating all over the face; I even applied Sage Glow to my waterline with no irritation whatsoever. 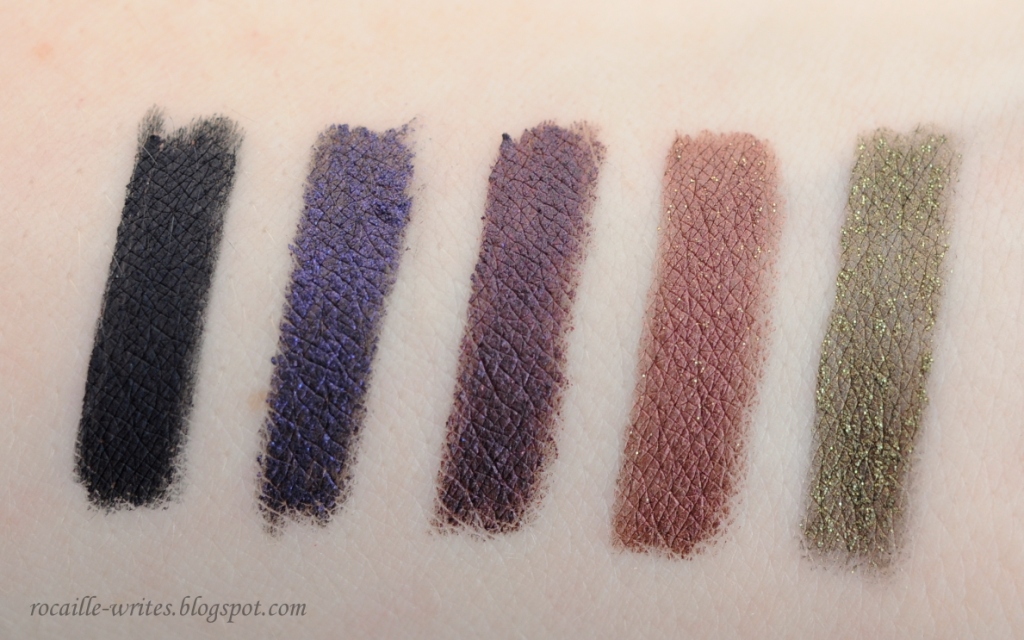 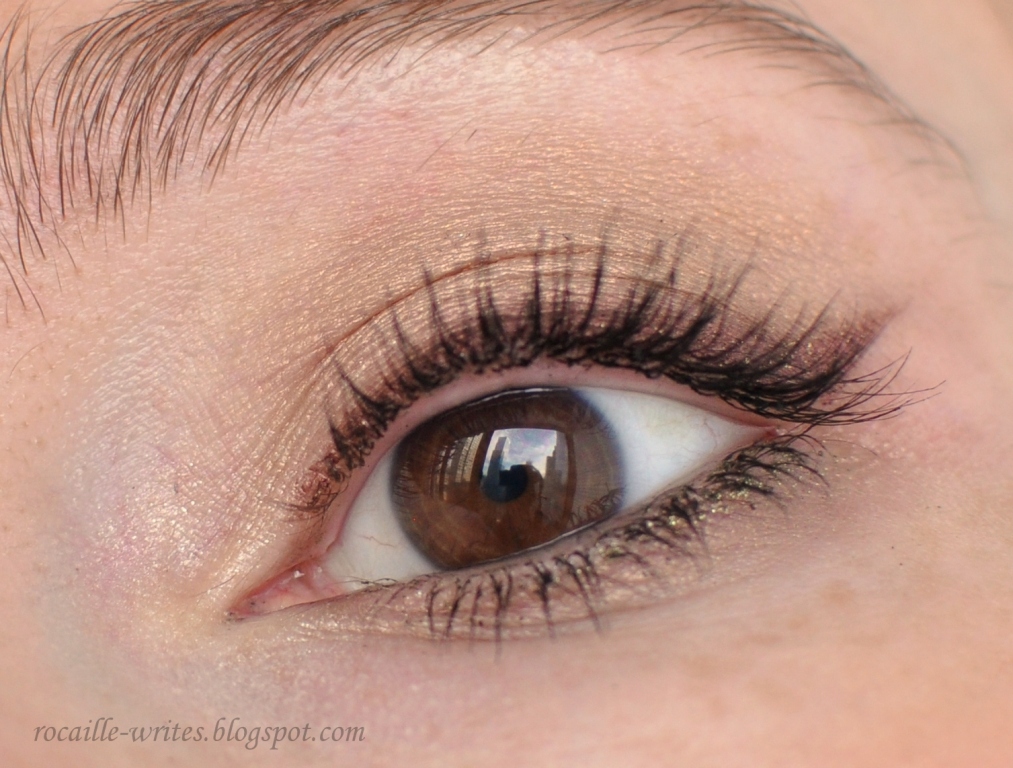 You will obviously see these pencils quite often in the upcoming FOTD posts and such (actually, I used Black Noir here already), but I wanted to show you a simple micro glittery look with both Copper Glow and Sage Glow. I was worried that Copper Glow would be too warm of a brown for my complexion, but you can see it works beautifully as a liner on my top lashline. While I rarely wear greens on my eyes, I love the subtle olive accent of Sage Glow on my lower lashline and waterline - like I said, I had absolutely no issues with the glitter moving or getting in my eyes (and I do wear contact lenses). 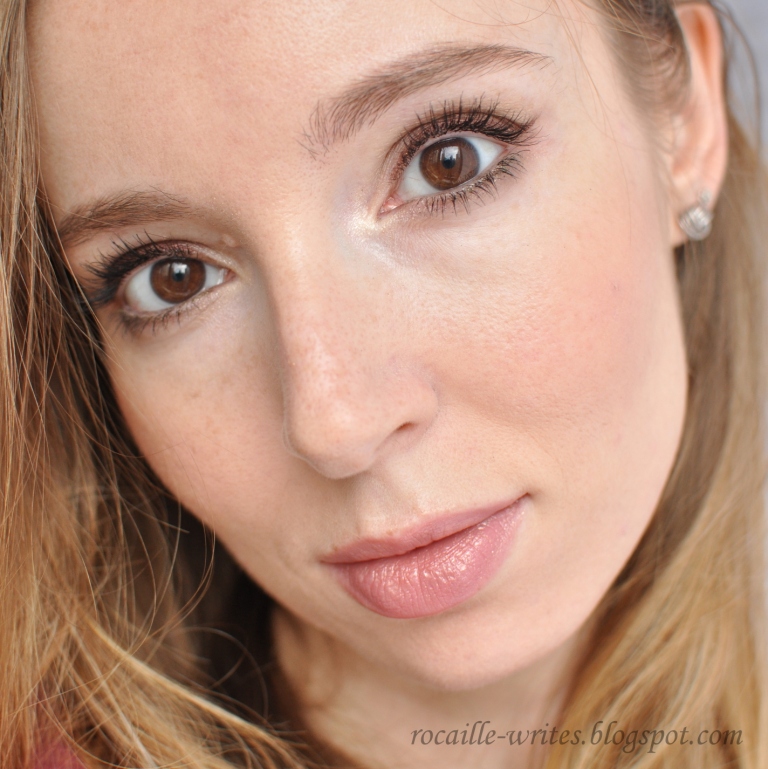 To complete the look, I'm wearing MAC Patina eyeshadow all over the lid and smudged on the lower lashline, with Soft Force to highlight the inner corners. For my blush I chose  NARS Douceur, and I have MAC Viva Glam V lipstick on my lips. All in all, I'm really happy I've decided to pick these Pixi liners up - they're some of the best pencil eyeliners I've ever had the pleasure of playing around with. Have you recently got anything you're loving to pieces?
Posted by Monika @ RocailleWrites at 10:32 AM