I can't quite wrap my head around the huge popularity of different contouring palettes that make-up brands have been coming out with in the past couple of months. Not only do they seem majorly too ORANGE to me, but really, why does an ordinary woman doing her own make-up need a whole palette to contour her face? To me, you only need one, ONE contouring powder that really suits your skintone for all your sculpting needs. All those other shades included in the palettes? Soon, you're probably going to wonder why you spent the extra $$$ for the untouched pans and bulky packaging. 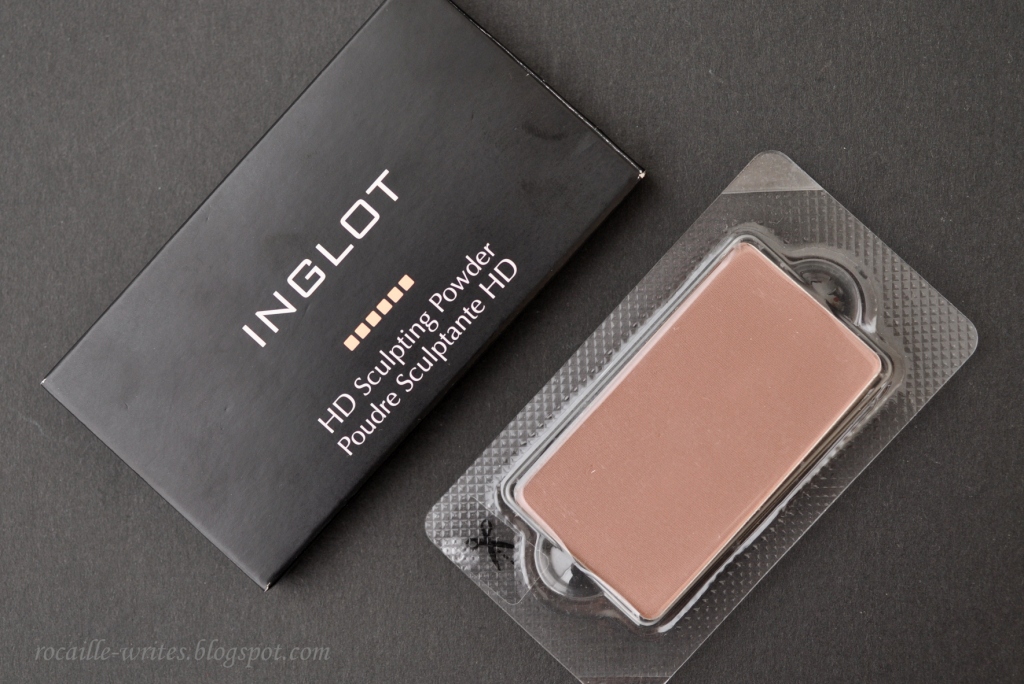 Anyway, rant over. It's not that I'm against contouring - IF you know what you're doing, which isn't all that easy in itself. For the longest time, I've been quite satisfied with only one contouring product in my stash, the famous NYX Powder Blush in Taupe. But, on a recent trip to the Inglot store, I've noticed they came out with a whole new range of HD Sculpting Powders ($15 for 5.5g/ 0.19 oz), and I grabbed the shade 504 to try out. 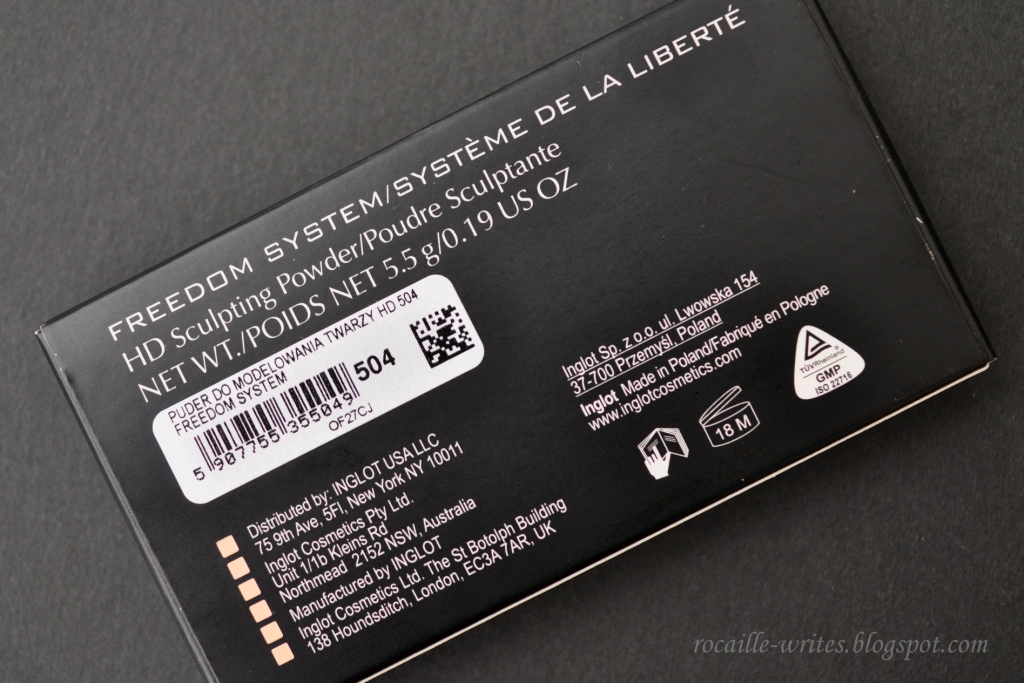 In the store I went to in Warsaw, they had a lot more shades on display than the five available on the US website, ranging from highlighting shades (including the popular banana/ yellow shades) to contouring shades, divided into warm, neutral and cool undertones. I thought that was super helpful, but I was surprised to see that for skin with a cool undertone, they only had one shade available (yes, the no. 504), where for skin with warm undertones, they had at least five shades in different depth, depending on whether your skintone is light or dark. It made me feel that cool undertones were being marginalized; but on the other hand, it made my decision process a lot easier.

The HD Scultping Powders are available in the Freedom System, meaning that you have to purchase the refills and the palette separately. I only got the refill pan, intending to keep it in my Z-Palette. The product itself is unscented and has a smooth satin finish in the pan; under fluorescent lights especially, you can see teeny tiny particles of shimmer running through the powder. That worried me from the start - aren't we always told that contouring products have to be matte? However, a helpful sales associate explained to me that on the skin, you can't see any of the shimmer, and the satin formula translates into a natural, flawless (HD?) look. I decided to trust her on that one (which I rarely do...), and for once, yes, she was absolutely right. 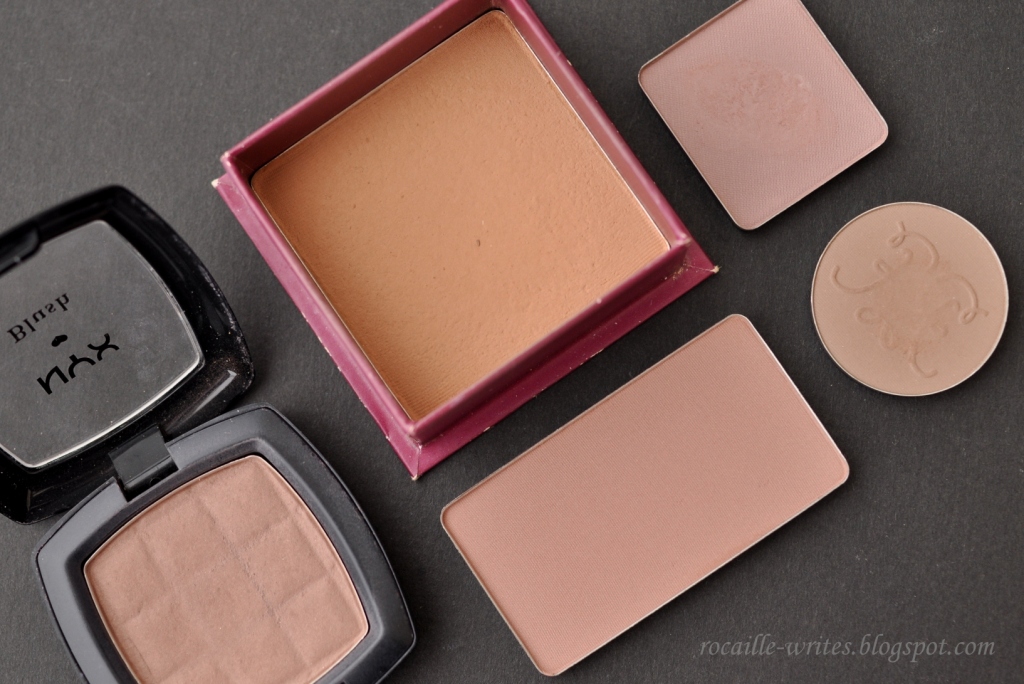 The actual texture of the powder is very similar to the Inglot matte eyeshadow formula, meaning: silky, creamy, quite loosely packed (but doesn't kick up as much powder as the eyeshadows). In my swatches however, you can see that it's less pigmented than the Matte Eyeshadow no. 344, which means it's easier to control and blend seamlessly into the skin. I really like the formula of this HD Sculpting Powder: it looks virtually undetectable on and just melds into the skin.
As for the shade I've chosen, I do think it works well on my fair skin with a cool undertone. Hopefully, you can see in my photos that 504 pulls almost mauvey/ rosy, which manages to look like a natural shadow on the skin without pulling too ashy. It's not miles away from the NYX Taupe blush, but I do prefer the formula of Inglot's. I'm pretty happy with this purchase: it has satisfied my need to ride the contouring bandwagon, but without spending an arm and a leg in the process, or adding a large palette to my already bursting make-up drawers. 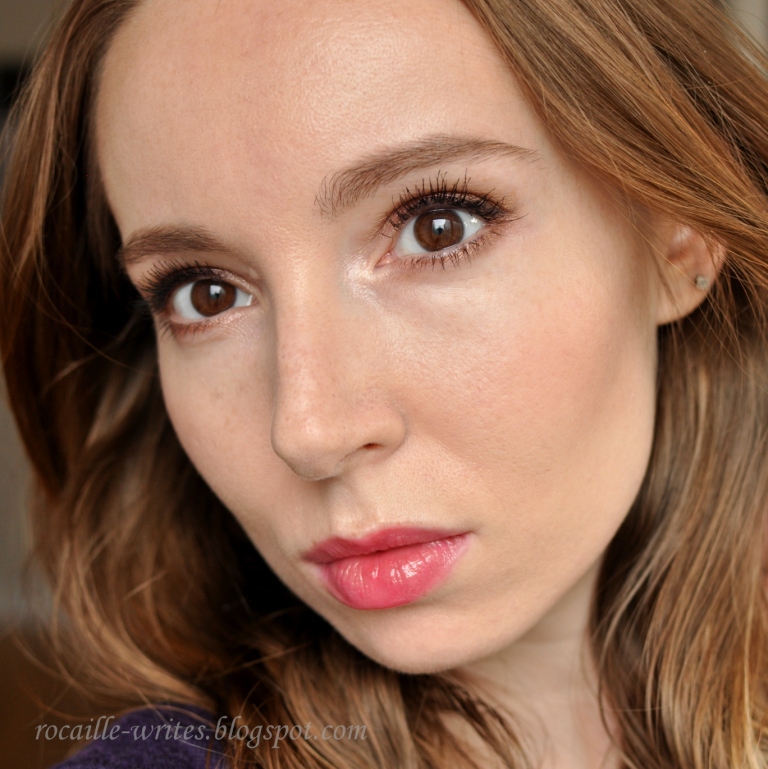 What do you think of the contouring & highlighting trend? Have you bought any of the newly released sets and palettes, or do you have an eye on one in particular? Or are you too scared of ending up looking like Kim K?
Posted by Unknown at 10:02 AM